What's coming soon to Netflix UK in August 2019? | VODzilla.co | Where to watch online in UK | How to stream 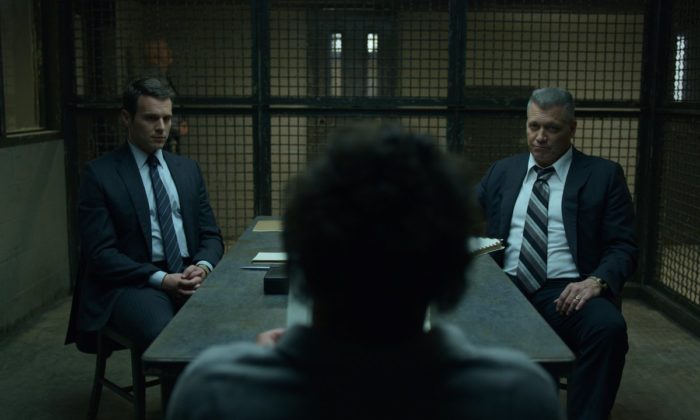 Summer, a time for going outside, eating ice cream, getting a tan and maybe building a sandcastle. Unless, of course, you’ve got Netflix, in which case you may well be spending this Augut indoors building a fort near your TV and diving into box sets instead. This month has a scorching line-up in store, including the return of Glow, Dear White People, Sacred Games and She-Ra – not to mention the debut of Netflix’s The Dark Crystal prequel, the arrival of Blade Runner 2049 and a slice of classic Hitchcock with Psycho. And did we mention the second season of Mindhunter?

From playing with the narrator to the secretive Order of X, the third season of Netflix’s satire of modern America promises to be unpredictable, with change firmly in the air – not to mention teasing digs at RuPaul and Queer Eye.

Netflix’s animated series offers a modern take on the iconic character for a new generation and follows Adora, an orphan who leaves behind her former life in the evil Horde when she discovers a magic sword that transforms her into the mythical warrior princess. Along the way, she finds a new family in the Rebellion as she unites a group of magical princesses in the ultimate fight against evil. Season 3 sees She-Ra’s journey into the Crimson Waste lead to a showdown between Catra (Michalka) and new villain Tung Lashor (Jake Eberle).

Feeling marginalized and forgotten, long time friends Carol (Angela Bassett), Gillian (Patricia Arquette) and Helen (Felicity Huffman) decide to drive to New York to reconnect with their adult sons, and in the process they realize their sons are not the only ones whose lives need to change.

Netflix’s sitcom, starring Melissa Joan Hart and Sean Astin, returns for a second run, as a family finds life turned upside down when a young, street-smart grifter shows up on their doorstep, claiming to be a distant relative.

He’s on a mission to save Chinatown, even if it means killing his own father. Kung Fu meets sci-fi meets Asian street food in Netflix’s new thriller.

Take a look inside the world of Toru Muranishi who revolutionized the adult video industry in 1980’s Japan.

Netflix’s wrestling comedy heads to Vegas for its third run.

Las Chicas del Cable are back for a fourth season, as Netflix returns to period Spain to pick up after Season 3’s explosive finale.

Netflix brings back the Nickelodeon cartoon for the modern day with a one-off feature-length outing.

Doni is the baby of the family, dreaming of living the funk lifestyle; Rita is a hard-working girl who is always on the move; and Nando is the official tape unwinder of the suburbs. Surrounded by prejudice and obstacles, the three will need to work hard to change their lives in this new Brazilian series.

The actor and comedian showcases some of her favourite up-and-coming comic talents with this new Netflix stand-up series.

The only thing better than having Blackadder on Netflix? Having its two funniest seasons on Netflix.

Based on Dr. Lisa Sanders’ popular column in The New York Times Magazine, Diagnosis follows various patients on their respective journeys toward finding a diagnosis, and potentially a cure, for their mysterious illnesses.

Hitchcock’s iconic slasher did for showers what Jaws did for sharks.

In post-industrial Ohio, a Chinese billionaire opens a new factory in the husk of an abandoned General Motors plant. Early days of hope and optimism give way to setbacks as high-tech China clashes with working-class America.

50 Cent’s TV series is back for the first part of its sixth and final season, continuing Ghost’s tale of morality in the criminal underworld.

Ryan Gosling and Harrison Ford star in this stunning sequel to Ridley Scott’s iconic sci-fi, which answers some questions while asking new ones all of its own.

The journey begins as darkness rises. Join three Gelfling heroes on an epic quest to save their world.

The game’s bigger and the stakes are higher, as Netflix’s Mumbai crime drama returns for a second season.

Other new releases coming soon to Netflix UK in August 2019:

3rd August
I Am a Killer: Season 1