MUBI’s award season comes to a climax this weekend, just in time for the 2018 Academy Awards – including, fittingly, this year’s Oscar nominee for Best Foreign Language Film, On Body and Soul, released exclusively by MUBI in the UK.

On Body and Soul – 4th March

Subtly moving and brutally raw, Ildikó Enyedi’s first feature since the 90s is a work of strange beauty. Read our full review of On Body and Soul, nominated for Best Foreign Language Film at the 2018 Oscars.

Scottish supermarket shelf-filler Morvern Callar (Samantha Morton) uses her boyfriend’s inheritance after his suicide to escape from her boring life. Emotionally intense road movie by the director of the prize-winning Ratcatcher.

Meshes of the Afternoon – 9th March

One of the most influential avant garde films of all time, Alexander Hammid and Maya Deren’s Meshes of the Afternoon stars Deren as a woman inside of a labyrinthine nightmare, inhabited by her double as well as a mysterious cloaked figure with the face of a mirror. 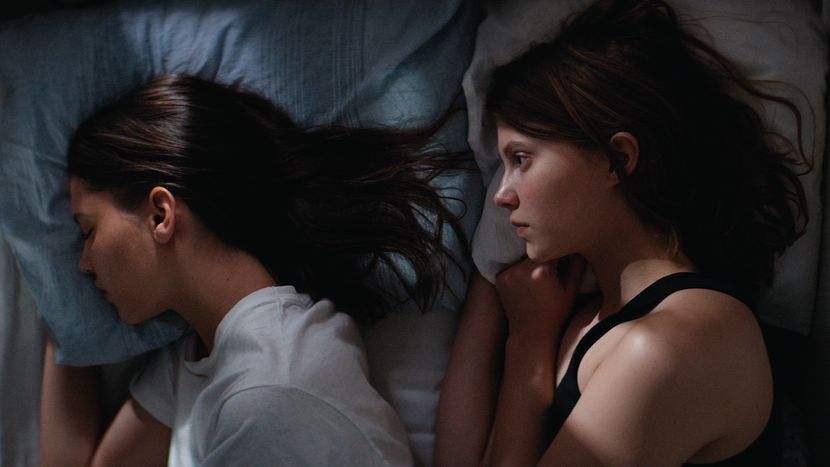 A college student starts to experience extreme seizures while studying at a university in Oslo in Joachim Trier’s fantastic coming-of-age psychological thriller. She soon learns that the violent episodes are a symptom of inexplicable, and often dangerous, supernatural abilities. Disturbing, beautiful and entirely absorbing.

Investigation of a Citizen Above Suspicion

Elio Petri won a much-deserved Best Foreign Film Oscar for this sublimely clever policier with one of cinema’s most ingenious premises: Is there such thing as a man (the great Gian Maria Volontè) so powerful he would never be suspected of guilt? With an unforgettable score by Ennio Morricone.

Leo McCarey’s beloved, mega-hit Bing Crosby film swept the Oscars (Picture, Actor, Director and more) and, in true Hollywood fashion, has a sequel: The heartfelt Bells of St. Mary’s. McCarey’s casual style, with its off-hand mixture of melancholy and comedy, has rarely been more poignant—or moving.

Famous for his trailblazing films in the French New Wave, Godard controversially re-invented his cinema after the failed revolution of May ’68. MUBI kicks off a new series on his radical films with Jean-Pierre Gorin and under the name Dziga Vertov Group, exploring cinema’s capacity for political engagement and change.

MUBI partners with the South London Gallery on South by South, a series of innovative African cinema. Coulibaly’s debut is a gripping tale of ambition that spirals into the crime and drug-trafficking underworld with surprising brio. An exhilarating take on Scarface in the streets of Bamako.

A slice of recent history gets Paul Greengrass’ docu-dramatist sense of immediacy in this breathtaking oceanic bound thriller. A US freighter turns into an apt microcosm for country relations in this unpredictable narrative game of strategy and resilience. Starring the always great Tom Hanks. Read our full review 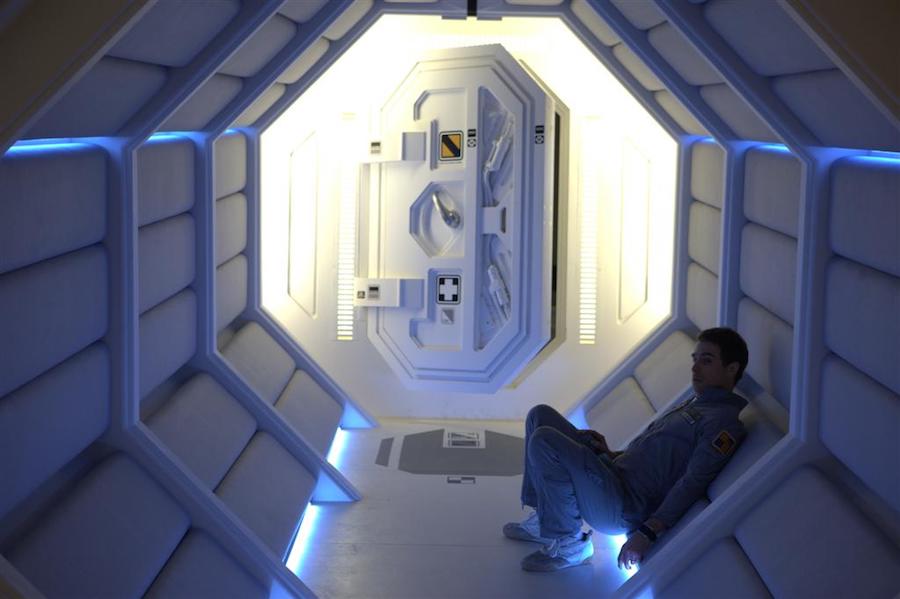 Winner of the BAFTA Award for Best Outstanding Debut, Duncan Jones’ sci-fi stars Sam Rockwell and, well, that’s essentially it, as his astronaut remains stuck in isolation on a moon base with only himself for company. A study of identity, humanity and home, this low-budget gem is a modern genre classic. Read our full review.

Berlin School veteran Thomas Arslan returns to the German festival’s competition with a majestic yet intimate father-son road movie. A father tries to rekindle his relationship with his son after years of absence and lack of communication. He takes him on a car ride across northern Norway, hoping it is not too late.

Too soon after Trump winning the 2016 US election? Shut out the alarming plausibility and revel in Peter Sellers’ manic triple-performance in Stanley Kubrick’s wickedly good war satire.

Amid the responsibility of taking care of her brother who is in a vegetative state, financial problems and the awakening of her sexuality, Florencia becomes obsessed with the comic “The Plants”, which is about the invasion of plant souls into human bodies during a full moon.

Falconry has an history of at least forty centuries. In the West, it was the favourite sport of the medieval aristocracy, and in contemporary Arab culture its prestige remains unaltered. Yuri Ancarani crosses the Persian Gulf to accompany a falconer to an important competition.

MUBI’s Krzysztof Zanussi retrospective draws to a close with the story of a doctor named Tomasz who questions his beliefs, faith and morality as the end of his life is near, so he makes all efforts to find dignity in his imminent death.

Carey Mulligan stole a nation’s heart with her superb performance in this coming-of-age drama. which sees young Oxbridge candidate Jenny whisked away into a world of glamorous possibilities by the Peter Sarsgaard’s older man, David. Watch out for a scene-stealing turn by Rosamund Pike. Read our review

Shot simultaneously with Twin Peaks’ first season, David Lynch’s camp, funny and violent comedy is Bonnie and Clyde meets The Wizard of Oz, with Laura Dern and Nic Cage starring as lovers on the run.

MUBI’s Krzysztof Zanussi retrospective moves into the 1980s with one of his most acclaimed films and the winner of the Jury Prize at the Cannes Film Festival. Through its hero’s eyes—and the travails of a righteous and honest man—we see, at the end of the 1970s, what’s become of the Communist dream.

An angel overlooking the divided city of Berlin makes a wish to become a human mortal when he begins falling in love with a beautiful French trapeze artist in Wim Wender’s classic.

“The most beautiful film I could imagine is one which would never come to rest,” said Michael Glawogger of this epic, free-floating documentary project — but malaria struck him down during shooting. Monica Willi, his and Haneke’s editor, crafted the final, global vision, made of extraordinary footage. Read our review

With Martin McDonagh’s Three Billboards Outside Ebbing, Missouri receiving no fewer than seven Oscar nominations, go back to Martin McDonagh’s debut, a deliciously dark short film. Brendan Gleeson delivers a hulkingly sad performance as a man who goes to see the body of his recently deceased wife, then takes the train back home. Sincerity, profound tragedy and a wicked sense of humour? This is McDonagh distilled into a concentrated shot of brilliance.

A MUBI Release: Lover for a Day

MUBI exclusively premieres Philippe Garrel’s new film. After a bad breakup, the only place 23-year-old Jeanne has to stay in Paris is the flat of her father. But when Jeanne arrives, she finds that his new girlfriend has moved in too: Arianne, a young woman her own age. Each is looking for their own kind of love in a city filled with possibilities. Read our full review.

Among the best teen films ever made, Richard Linklater’s Dazed and Confused eavesdrops on a group of seniors-to-be and incoming freshmen. A launching pad for a number of future stars, Linklater’s first studio effort also features endlessly quotable dialogue and a rocking rock and roll soundtrack. Read our review

A teen-movie documentary, Swagger carries us in the midst of the astonishing minds of eleven teenagers growing up in one of the most underprivileged neighbourhood in France.

Lover for a Day
Available until end of: 3rd March

Dazed and Confused
Available until end of: 5th March

An Education
Available until end of: 11th March

The Lost Weekend
Available until end of: 12th March

Goff in the Dessert
Available until end of: 13th March

Trailer: Amazon’s All or Nothing Season 3 follows Dallas Cowboys