The Weekly MUBI Digest | 20th January | VODzilla.co | Where to watch online in UK

This week’s MUBI Digest comes from France with love, as MUBI once again teams up with My French Film Festival for a selection of French cinema, both new and old, as the unique, month-long event showcases features and shorts online worldwide.

Three workers, Zeke, Jerry and Smokey, are working at a car plant and drinking their beers together. One night when they steal away from their wives to have some fun, they get the idea to rob the local union’s bureau safe.

The first horror film producer Val Lewton made for RKO Pictures redefined the genre by leaving its terrors to the audience’s imagination. A Serbian émigré in Manhattan believes that, because of an ancient curse, any physical intimacy with the man she loves will turn her into a feline predator.

Belgian cinema has always been overshadowed by their French neighbours’ remarkable film tradition, but Man Bites Dog is one of the most surprising films of the 90s. Highly controversial at the time of release, its shocking take on violence and unwavering dark humour have earned it cult status.

In collaboration with My French Film Festival, throwing a spotlight on new French cinema, MUBI presents this inspired Gallic version of an indie movie. It’s a simple but eloquent character study, starring non-professional playing (almost) himself, and strikes a sweet, deadpan, oft-melancholic tone.

The hypnotic rhythm of a freighter’s pace reveals the continuous movement of the machinery devouring its workers. Perhaps it is a boat adrift, or maybe just the last example of an endangered species with engines still running, unstoppable.

This intense chamber drama centers on an ambitious young industrial designer who is summoned home to help his father and sister. Both the aristocratic family he fled in shame and scorn, and their dilapidated country estate, bathed in an oppressively nostalgic light, prove ultimately inescapable.

A housemaid working in an exclusive gated community on the outskirts of Buenos Aires embarks on a journey of sexual and mental liberation in a nudist swinger-club boarding the high security walls.

Mark Chestnut, intern at the Ministry of the Standard, is sent to Guyana to the compliance with EU standards of construction GUYANEIGE: Amazon first indoor ski slope intended to boost tourism in Guyana. Also, he’s gonna have to work with a teammate. Bad luck she’s a pin-up. Worse, she has character.

Jack Nicholson’s enormously irreverent directorial debut, Drive, He Said, free-spirited and sobering by turns, is a sketch of the exploits of a disaffected college basketball player and his increasingly radical roommate.

The Cook, The Thief, His Wife and Her Lover

Set almost entirely in a French restaurant, this bold, controversial film utilizes follows the exploits of a ruthless British gangster whose long suffering wife forges a relationship with one of the restaurant’s patrons behind his back.

When a masked killer shoots Sugar Torch, a Los Angeles stripper, in the neck, homicide detectives Charlie Bancroft and Joe Kojaku, who happen to be roommates, investigate.

MUBI begins a double-bill of Barbara Hammer shorts with this 1975 comedy about a troop of shield-bearing Amazons who take over city institutions before relaxing in the country.

MUBI concludes its Barbara Hammer double- with the first lesbian lovemaking film made by a lesbian. 110 images in 4 minutes make this sensate film a “lesbian commercial”, revealing Hammer’s aesthetic connecting sight and touch.

Available on MUBI at the same time in cinemas, Rey follows a French adventurer, who, in the nineteenth century, sets off to establish a kingdom in the inhospitable South of Chile, uniting the feared Mapuche under him. The response of the Chilean army is devastating. An intricately designed adventure film as well as powerful textural experiment.

The Structure of Crystal

The protagonists of Krzysztof Zanussi’s 1969 drama are two talented physicists – one of them leaves the city for the countryside and becomes a meteorologist, the other establishes a brilliant career in science. Both are bombarded by moral dilemmas regarding their choice in life.

Following Joachim Trier’s unsettling Thelma, go back to the director’s first, a precise yet playful character study and occasionally satirical story about the pitfalls of two young, ambitious writers who are also best friends.

The Pleasure of Being Robbed

Impressed by Robert Pattinson’s Good Time? Get to know The Safdie Brothers with their scrappy, hard-scrabble, New York debut, The Pleasure of Being Robbed, which follows a curious and lost Eleonore looking for something everywhere, even in the bags of strangers who find themselves sadly smiling only well after she’s left their lives.

After seeing Ethan Hawkes’ Jesse and Julie Delpy’s Celine meet on a train in 1995, Richard Linklater’s second follow-up, Before Midnight, isn’t just the next chapter in their relationship or a deeply honest exploration of love and reality (unlike the majority of romantic comedies produced today) – it’s like catching up with old friends. When was the last time you could say that about a film? Read our full review

The story of artist Jean-Michel Basquiat, whose work defined, electrified and challenged an era, and whose untimely death at age 27 has made him a cultural icon.

A Spectre Is Haunting Europe

MUBI begins a triple-bill of Julian Radlmaier’s work with 2012’s A Spectre Is Haunting Europe. A Georgian temporary worker experiences unlikely adventures in today’s Berlin accompanied by the ghost of Vladimir Mayakovsky, poet of the soviet Revolution. Meanwhile, his friend Kasimir inherits a substantial amount but doesn’t know how to proceed.

Three Georgians have to clean a castle where an arms manufacturer’s art collection is on exhibit. They aren’t welcome at the opening party and are banished to the attic, but downstairs the splendid buffet attracts them. Why not just ignore the unfair prohibition and cross the line of class society? The second of three Julian Radlmaier films.

Quentin Tarantino’s violent Western is a lot of things, but one thing it isn’t is boring. Jamie Foxx and Christoph Waltz pair up as a freed slave and German dentist to exact revenge upon white folk – but it’s away from the blood splattering that Django Unchained finds its unexpected depth, with Samuel L. Jackson stealing the show as a conflicted butler. Read our full review.

Self-Criticism of a Bourgeois Dog

MUBI concludes its Julian Radlmaier trio, as young filmmaker Julian, ironically played by Radlmaier himself, falls for a young expat and offers her the leading part in his wannabe Communist fairy tale film.

An Italian movie crew goes to London to make a documentary about a murder case that took place a few years before. Loved Call Me By Your Name? Be sure to catch up with Luca Guadagnino’s debut, starring Tilda Swinton.

The Anderson Tapes
Available until end of: 21st January

A Christmas Tale
Available until end of: 22nd January

A Serious Man
Available until end of: 23rd January

Before Midnight
Available until end of: 29th January 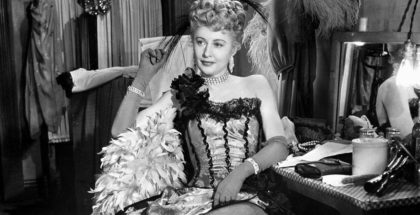