New releases and coming soon to MUBI UK (1st July 2017) | Where to watch online in UK | How to stream legally | When it is available on digital | VODzilla.co

As Pride in London celebrates solidarity, love, the capital’s LGBTQ+ community and the 50th anniversary of the decriminalisation of homosexuality in England, MUBI joins in the party with Pride Unprejudiced, a season that takes us from queer melodrama and insightful documentary to satirical sexual radicalism. 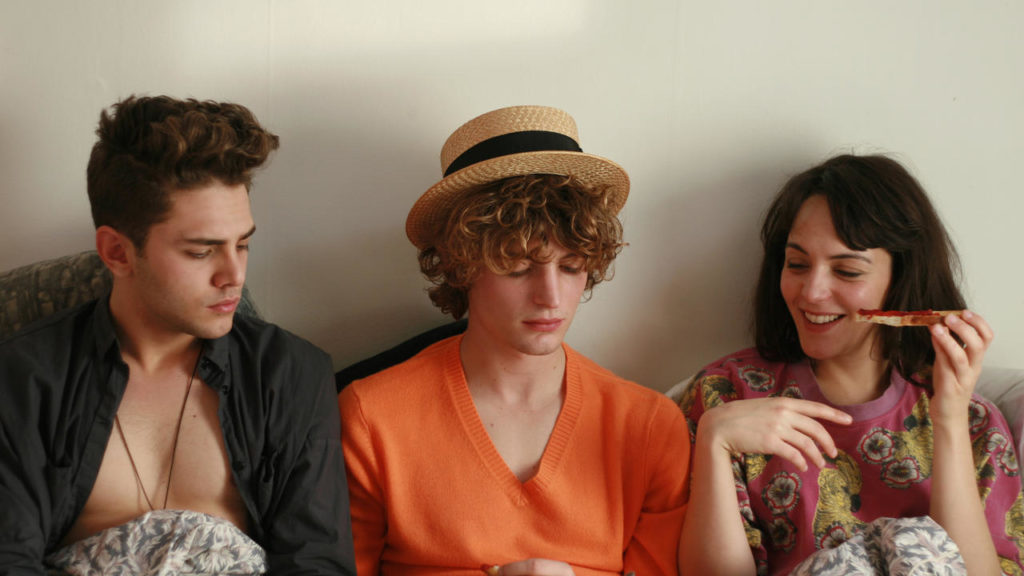 Xavier Dolan’s sophomore effort from 2010 follows best friends Francis and Marie. One day, the gorgeous Nicolas walks into a Montreal coffee shop and the two friends, instantly and equally infatuated, compete for his indeterminate affections. The conflict climaxes when the trio visit the vacation home of Nicolas’ mother.

Tonia, a veteran of Lisbon’s drag shows, faces competition from younger artists, which threatens her star status. Under pressure from her young boyfriend Rosário to assume her female identity, and get a sex change operation, Tonia struggles against her deeply-held religious convictions. A vibrant melodrama from João Pedro Rodrigues, one of Portugal’s great filmmakers and a powerful force in new queer cinema.

Guided by a buoyant joie de vivre, this documentary traces the adversity of homophobia faced by 12 amiable subjects. With great energy and insight, the film charts through conversation France’s sexual liberation: the battles won thus far, and the many rights which remain to be fought for.

A film about modern left Germans adopting the culture of extreme left-wing movements of the 1970s, as a group of terrorists kidnap a wealthy banker’s son.

MUBI’s Ingmar Bergman retrospective continues with yet another classic. With the radical Persona, the supreme artist attained new levels of visual poetry. A nurse is put in charge of an actress who no longer speaks and finds that the actress’ persona is melding with hers.

MUBI’s Special Discovery series, which hand-picks films from festivals around the world, follows Emanuel, a young writer in 1937, who is committed to a sanatorium on the Black Sea coast for treatment. He reads, he writes, he smokes, he drinks and he romances. As he gets accustomed to the sadness of his new life, Emanuel discovers that there is still a life to be lived to the fullest.

MUBI kicks off a triple-bill of Moretti’s little-seen early comedies. Shot on Super 8, this debut feature already boasts a perfect balance between autobiography, social commentary and satire, launching what would become the Moretti touch.

MUBI’s Moretti marathon continues with Ecce Bombo, which delicately unfurls the lives of its young characters — their anxieties, politics and romantic ambitions — with a graceful sense of humour distinct to the director. A slight yet key work in Moretti’s oeuvre.

MUBI’s Moretti marathon concludes with this confessional self-inquiry into filmmaking, political ennui, and men’s relations with their mothers.

The disparate lives of shell-shocked soldier Ali, medical student Mehdi and bride Ahlaam — whose fiancé was kidnapped by Saddam Hussein’s forces on their wedding day — converge in a psychiatric hospital in Mohamed Al-Daradji’s drama.

After being double-crossed and left for dead, a mysterious man named Walker single-mindedly tries to retrieve the rather inconsequential sum of money that was stolen from him in John Boorman’s action triller.

Hot on the heels of its cinema release, Andrew Kotting’s latest experimental documentary arrives exclusively on MUBI. The 60-minute-and-66-second feature film is inspired by a walk from Waltham Abbey in Essex via Battle Abbey to St Leonards-on-Sea in East Sussex – a pilgrimage carried out in memory of Edith Swan Neck.

Glenn Ford stars in Delmer Daves’ iconic western, which sees outlaw leader Ben Wade captured in a small town, only for small-time rancher Dan Evans to agree to take him in secret to the nearest town with a railway station to await the train to the court at Yuma. The only problem? Wade’s gang are on the move to get their leader back. Moral ambiguity and serious action make for one of the great entries in the genre.

MUBI’s Ingmar Bergman retrospective continues with the 1957 drama that catapulted Bergman to international acclaim. Through flashback sequences, fantasies and dreams, a professor goes on a voyage of self-reflection and discovery. In doing so, he muses on the success and failures of his past, while finding peace in his impending death.

Brad Pitt and Jonah Hill are on excellent form in this drama about unsuccessful baseball prodigy Billy Beane (Pitt), who becomes the manager of the Oakland A’s – and comes up with a radical way to build a better team using maths. (Read our full review.)

Disillusioned and exhausted after a decade of battling in the Crusades, a knight (Max von Sydow) encounters Death on a desolate beach and challenges him to a fateful game of chess. Much studied, imitated, even parodied, but never outdone, Ingmar Bergman’s masterpiece is a stunning allegory of man’s search for meaning.

Robert De Niro stars as Travis Bickle, an unstable Vietnam war veteran working as cabbie in New York, where the sleazy nightlife drives him to try and save a young prostitute (Jodie Foster). Scorsese’s iconic tracking shot highlights the violence of Bickle’s mind, but it’s Bernard Herrmann’s soundtrack that gives the film its power, as a mournful sax sings notes of false romance and redemption – and true alienation.

In a Lonely Place
Available until end of: 1st July

The Reckless Moment
Available until end of: 2nd July

A Bay of Blood
Available until end of: 6th July

Summer with Monika
Available until end of: 8th July

Oleg and the Rare Arts
Available until end of: 9th July

The Warriors
Available until end of: 10th July

From What Is Before
Available until end of: 12th July

The Boy from Geita
Available until end of: 13th July

Netflix and Amazon are heading to Comic-Con 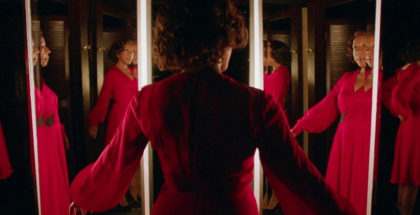