With the London Film Festival in full swing, MUBI is once again doing what it does best: singling out some of the best hidden gems from the line-up and bringing them to its subscribers. Before then, though, there’s a double-bill of Rodrigo Cortes thrillers to enjoy, kicking off with the fantastic Buried, featuring Ryan Reynolds as you’ve never seen him before – or, through MUBI GO (which offers a free cinema ticket every week to its subscribers), head outdoors to catch Mandy, available at participating cinemas.

Ryan Rodney Reynolds delivers one of his career’s best turns in this thriller about a truck driver in Iraq who wakes up to find himself buried alive. With nothing but a lighter and a mobile phone, his attempt to escape is cleverly written to last the 95 minutes, while director Rodrigo Cortes does innovative things with his tiny space. Grippingly claustrophobic stuff.

Without a hint of romanticism or sentimentality, Matteo Garrone brings together a large ensemble of characters to build a broad panorama of the cause and effects of criminal life in Naples.

Multi-disciplinary artist Lola Arias’ first documentary is a striking experiment: an exploration of war trauma that reflects on the possibilities of artifice to activate memory and revisit History through storytelling.

During an extensive, ear, nose and throat examination, Shadeena Brooks recounts a horrible event she eye-witnessed on a street in Mansfield, Ohio.

We Own the Night

One of America’s best, James Gray makes heart-felt, precisely evoked dramas as if the New American Cinema era was still happening. In 1988, New York’s police wage an all-out war on drugs. Bobby Green (Joaquin Phoenix), manager of a nightclub that is often frequented by gangsters, tries to remain neutral but hides a potentially fatal secret: his brother (Mark Wahlberg) and father (Robert Duvall) are both cops.

In the City of Sylvia

30 years after Buñuel’s last work, his fellow countryman José Luis Guerín comes up with a new, acclaimed, sensual film also about “that obscure object of desire”, as a young painter arrives in Strasbourg in search of a woman who bewitched him six years earlier.

In Winchester ’73, the first of the Mann-Stewart westerns, Stewart is driven anti-hero Lin McAdam, out to avenge the heinous murder of his father — and, in a parallel pursuit, to recover a much-coveted stolen rifle, now passing from hand to hand. 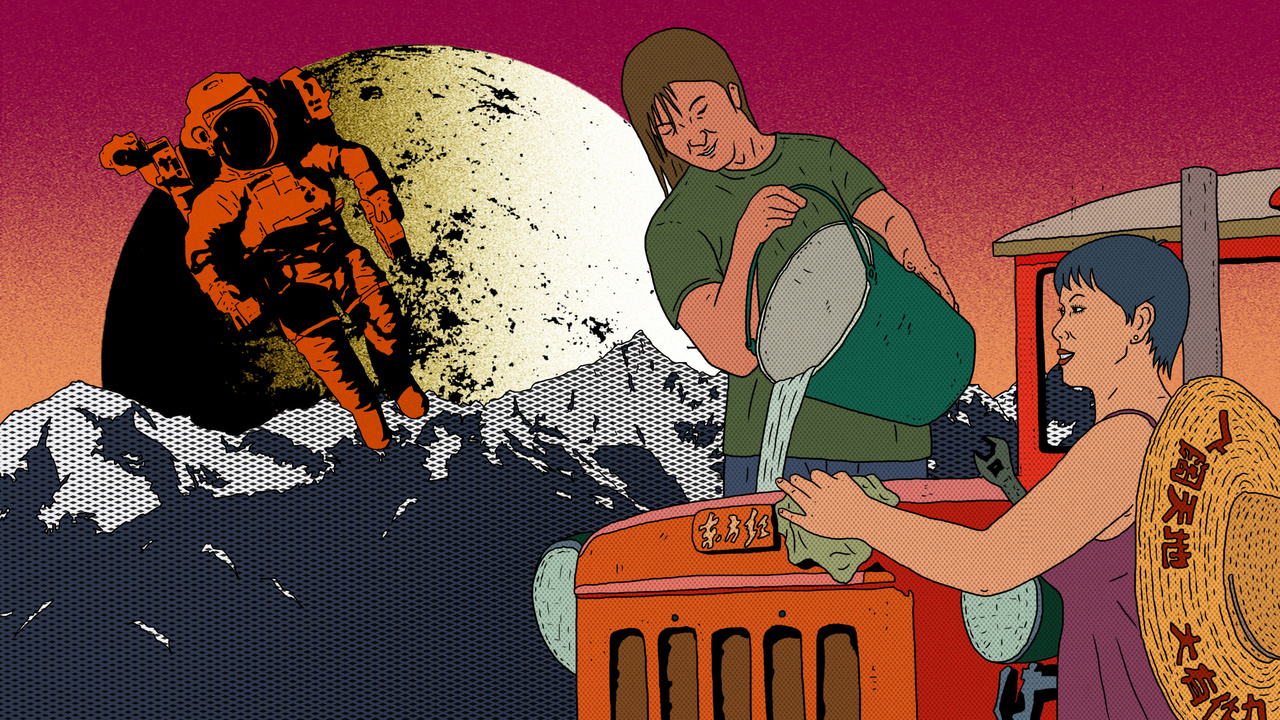 Exclusive: Have a Nice Day

A hard rain is about to fall on a small town in Southern China. News of a robbery spreads fast, and over the course of one night everyone starts looking for the stolen swag. A whirlwind neo-noir, and a pioneering slice of independent Chinese animation. Read our full review

I Love You Phillip Morris

If you thought you would never see Jim Carrey and Ewan McGregor passionately in love, think again. Based on the real life of a police officer-turned-con man, the naughty boys behind Bad Santa deliver an outrageously funny black comedy about love and deception, as hysterical as it is subversive. Read our full review

With the London-set Anchor & Hope in cinemas, MUBI brings back Carlos Marqués-Marcet’s debut, which sees a couple try to maintain a long-distance relationship between Los Angeles and Barcelona. Natalia Tena and her co-star David Verdaguer both earned Goya award nominations for Best New Actor.

“We are excited to present this regional curiosity in its new sparkling restoration, made from the original 35mm negative. Previous releases were plagued by murky sound and dull colors that didn’t do justice to the Florida-location photography. Here’s your chance to watch it as never before! ” —NWR

Prolific French filmmaker François Ozon (Swimming Pool, Frantz) crafts this creative thriller: a cat-and-mouse game between a teacher and his creative writing student, whose ever-elaborating story-within-a-story begins to entwine everyone around him. An inventive and entertaining literary comedy. Read our full review.

The directorial debut of Brandon Cronenberg, set in a scathingly satirical future where fans buy celebrities’ illnesses to be closer to their idols, feels a lot like something his dad would make. In this case, that’s no bad thing. Read our full review.

When Mark falls obsessively in love with Marnie, an icy pathological liar and common thief, he blackmails her into marrying him. However, he soon discovers that she has severe psychological issues, and he resolves to help her come to terms with her past trauma. The relevance of this psychosexual masterwork (and its troubled production) in the current climate is uncanny.

MUBI moves to the Master of Suspense’s natal London for its season finale. Wickedly violent and perversely funny, Frenzy is a self-referential, serial killer thriller variation on the wrongly accused man theme. Hitch does it again: he has us at the edge of our seats, and fully aware of his genius.

Consisting of a series of 16mm single take shots filmed in the summer of 2010, Quality Control represents the careful labour of workers on the production line of a large-scale dry cleaning operation in Pritchard, Alabama.

In his debut film, a multi-faceted exploration of drag racing in the Midwest, Kevin Jerome Everson fully encompasses the community, ecstasy, and expertise of this unusual sport. Gently drifting between fiction and reality, Cinnamon is an eloquent expression of black unity and excellence.

The Wild Boys
Available until end of: 13th October

The Rover
Available until end of: 14th October

The Trouble with Harry
Available until end of: 15th October

The Last of Us
Available until end of: 16th October

Eros Plus Massacre
Available until end of: 17th October

When I Saw You
Available until end of: 18th October

Enter the Void
Available until end of: 21st October