The MUBI Weekly Digest | 30th November 2019 | VODzilla.co | Where to watch online in UK

MUBI sees in a new month with a veritable stocking stuffed with auteurs, with offerings from Godard, Bergman and Jarmusch.

Want to see something on the big screen? Use MUBI Go (which offers a free cinema ticket every week to its subscribers), to see Eyes Wide Shut back in participating theatres.

Adam Driver is fantastic in Jim Jarmusch’s charming drama about Paterson, a bus driver who lives in Paterson. Every day, Paterson adheres to a simple routine: he drives his bus, observing the city and overhearing fragments of conversation; he writes poetry; he walks his dog; he goes to the same bar to drink a beer; he goes home to his wife Laura. Read our full review

The late Andy Milligan never completed his antebellum South melodrama, and all he left behind was a single unfinished workprint. As he said, “it’s all there, except the finale I was unable to shoot.” Thus, it may be left to the viewer to complete his Civil War epic, revealed here for the first time.

Godard’s most iconic work follows petty thug Michel, who panics and impulsively kills a policeman while driving a stolen car. On the lam, he turns to his aspiring journalist girlfriend Patricia, hiding out in her Paris apartment. When Patricia learns that Michel is being investigated for murder, she begins to question her loyalties.

In a dystopian world dominated by an oppressive regime, a woman, Jessica, rescues orphaned boys and gives them love and understanding, offering them an escape from their violent past. Bound by a united hope for peace and harmony, this matriarchal family fight for a better future.

On the eve of her operation, transgender woman Bree learns that she has a teenage son. She travels to New York to collect Toby who is in a juvenile detention. Worried about his reaction, she pretends to be a Christian do-gooder as they embark on a road-trip across the States.

The Besson couple divorce. To protect her son from a father she accuses of violence, Miriam asks for exclusive custody, but the father says his son has been turned against him. The judge, unsure, grants a shared custody. Julien, a hostage between his parents, will do everything to prevent the worst.

The second film from Happy as Lazzaro director Alice Rohrwacher follows an extraordinary summer for Gelsomina and her three younger sisters, in which the strict rules that hold the family together begin to break: due to the arrival of Martin, a German boy on a youth rehabilitation program, and also the community’s participation in a TV competition. A bittersweet and beautiful coming-of-ager. Read our full review

Picnic on the Grass

Etienne Alexis, a candidate for the presidency of the new Europe, is a pompous scientist promoting artificial insemination. However, while hosting a picnic, he encounters a young, modern peasant woman, Nénette, and learns that science sometimes does not have all the answers.

A portrait of transgender musician and artist Linn da Quebrada, who uses her body and performances as weapons to fight machismo, transphobia, and racism. She speaks of her growing up as a black queer in São Paulo’s favelas, and the challenges of breaking into Brazil’s heteronormative funk scene.

Adam (Tom Hiddleston) and Eve (Tilda Swinton) are two vampires whose love affair has lasted centuries. She’s living in Tangier; he’s in Detroit. But when Adam gets lonely and depressed, Eve makes her way across the world to snap him out of his stupor. Director Jim Jarmusch switches gears once more to tell this entrancing outing, which manages to be part stoner comedy, part horror and part examination of contemporary culture. Read our full review

Six Parisians engage in a lonely and mostly unsuccessful search for real love: Nicole and Dan are engaged to be married, but his drinking drives them apart; Thierry flirts with a religious colleague, Charlotte, who has a secret vice; Gaëlle answers numerous personal ads, but her dates never show up.

Resnais: You Ain’t Seen Nothing Yet

Before his death, a renowned dramatist arranges to have friends who appeared in his play Eurydice summoned to his home, to participate in his funeral and to see a performance of the play by an avant-garde acting company. Surprises await them, as they also find themselves unwitting participants.

Claudette Colbert intends to leave her husband, Joel McCrea, a struggling New York architect, and move to Palm Beach in a matter-of-fact search for a wealthy husband—to help fund the work of her true love, McCrea. Not willing to give her up, McCrea follows in hot pursuit.

Crystal Fairy and the Magical Cactus

While on a trip in Chile with friends, insensitive American Jamie (Michael Cera) drunkenly invites an eccentric woman to join them and experience the hallucinogenic San Pedro cactus. The woman’s free nature clashes with Jamie’s self-absorbed personality as they head to the desert for a disturbing, psychedelic trip. This Sebastián Silva joint is a low-budget gem, sweet and stoned in equal measure.

Georges, who hosts a TV literary review, receives anonymous packages containing videos of himself with his family, shot secretly from the street, and alarming, obscure drawings. There’s no commentary, no threats, but the message is clear: You’re being watched. Slowly, dark revelations come to light.

Ospina: It All Started at the End

“Grupo de Cali” (also known as “Caliwood”), a group of friends in love with cinema, who in the midst of the partying and historical chaos between 1971 and 1991, managed to produce a body of work now considered a fundamental part of Colombia’s film history.

Having lost the pigment in his skin, Matias, an infirmed orphan at a Michoacán primary school, has been quarantined from his classmates. Meanwhile, the presence and words of novelist Mario Bellatin offer the prospect of healing to his ailing body.

Working from an unproduced play by Rainer Werner Fassbinder, Ozon made one of the most inventive films of his career with this 70s period piece. A synthesis of subversive genres: part musical, part sex farce, a little melodrama, Water Drops on Burning Rocks is a remarkably sardonic love story.

As young French couple Gilles and Marion officially separate, we see, in reverse order, five milestone moments in their relationship: their divorce, a tense dinner with friends, the birth of their child, their joyous wedding and their first encounter.

Bergman: The Devil’s Wanton (or Prison)

A film director is approached by his old math teacher with a great movie idea: the Devil declares that the Earth is hell. The director is skeptical, but subsequent events in the life of a writer friend and his young sex worker lover make him reconsider the math teacher’s idea.

Miles, a successful divorce lawyer, feels something is missing from his lifestyle despite his wealth and status. When he uses his skills to ensure that gold-digger Marylin gets nothing in her divorce from his client, she vows revenge, leading to their mutual one-upmanship and increasing attraction.

Erika, a piano teacher at the Vienna Conservatory, lives with her tyrannical mother in a hermetically sealed world of love-hate and dependency in which there is no room for men. Then one of Erika’s pupils decides to seduce his teacher…

MUBI’s Luis Ospina tribute continues with this apocryphal doc playfully braiding reality, fiction and historical revisionism. Inviting the audience to participate in a game of deception, A Paper Tiger is a meditation on the elusive meaning of art—and cinema—where truth and lies become indiscernible.

Alice is an adopted teenager who has a strained relationship with her adoptive mother. Being an endless source of problems, Alice forges lies and blurs the lines between the fiction she creates and her real existence. One day, Alice confesses that she is pregnant and that she wants to keep the baby.

Part mystery, part fever dream, and possibly a ghost story, Last Year At Marienbad follows a married woman, A, and a man, X, through the empty rooms of a luxurious, baroque hotel that time forgot. X tries to persuade the incredulous A that they met in the same place the year before.

Biarritz, 1933. Charm and talent help small-time swindler Serge Alexandre, alias Stavisky, to bribe his way into the centre of French political power. But when his great scam involving millions gets exposed, he brings the government to the verge of collapse and the country to the brink of civil war.

A hidden gem from Philippe Garrel’s haunting filmography, this pocket melodrama meditates on loss, filmmaking, and the obstacles of an unstable relationship. Borrowing biographical details from the French auteur’s own love story with the singer Nico, L’enfant secret is a work of intimate poetry.

Murder in Mississippi
Available until end of: 30th November

Under the Sand
Available until end of: 1st December

71 Fragments of a Chronology of Chance
Available until end of: 2nd December

The Vampires of Poverty
Available until end of: 3rd December

The Two Irenes
Available until end of: 4th December

Port of Call
Available until end of: 5th December

Monty Python’s The Meaning of Life
Available until end of: 6th December

A Dog Called Money
Available until end of: 7th December 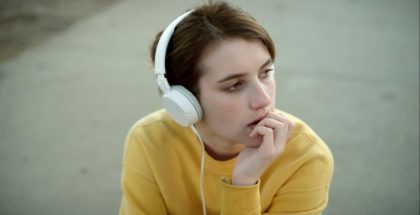 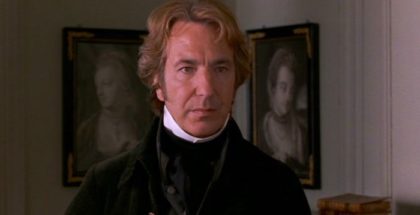