With Groundhog Day approaching, there are no points for guessing where MUBI’s ever-topical curated selection is headed this week, but there’s even more to celebrate elsewhere, from the arrival of Jonathan Demme’s Rachel Getting Married to the classic Picnic at Hanging Rock. And, of course, there are still the wide range of films fresh from My French Film Festival (you can read our review of the festival’s shorts, available for free on its official site here).

Following a long tradition, all members of a family convene in the same old house to spend their summer holidays n Robert Leenhardt’s 1947 feature debut. For 15-years old Jacques, this should again be the time to play with the children of relatives – were it not for his incipient love towards his cousin Juliette. While Leenhardt’s writing was highly influential for our Nouvelle Vague heroes, MUBI argues that his extensive filmography remains widely underseen. Here’s a chance to correct that.

A young woman with a history of drug problems is given temporary release from her rehabilitation facility to attend her sister’s wedding in Jonathan Demme’s cracking 2008 drama, as her arrival causes heated family tensions to bubble to the surface.

MUBI continues its season dedicated to the documentaries of Sergei Losnitza with his 2004 short that depicts one day in an operating factory. It consists of two parts: Steel and Plaster.

MUBI begins a Lady Vanishes Double Bill with Otto Preminger’s 1965 thriller about a woman, who reports that her young daughter is missing, even though there’sno evidence that she ever existed.

When it comes to dramas about disappearing people, Peter Weir’s 1975 is an unrivalled classic. Eerie and understated in equal measure, the film follows a party of girls from a strict boarding school, who go on an outing to nearby landmark Hanging Rock on a St. Valentine’s Day – only for part of the group vanish without explanation.

Harold Ramis’ comedy about a weatherman who finds himself reliving the same day over and over again is funny, sweet, profound and features a superb central turn from Bill Murray. A verifiable classic.

Hot on the heels of Factory comes MUBI’s next Sergei Losnitza documentary, Blockade, a movie that comprises solely of material Loznitsa found in the Moscow archives about the siege of Leningrad during World War II. 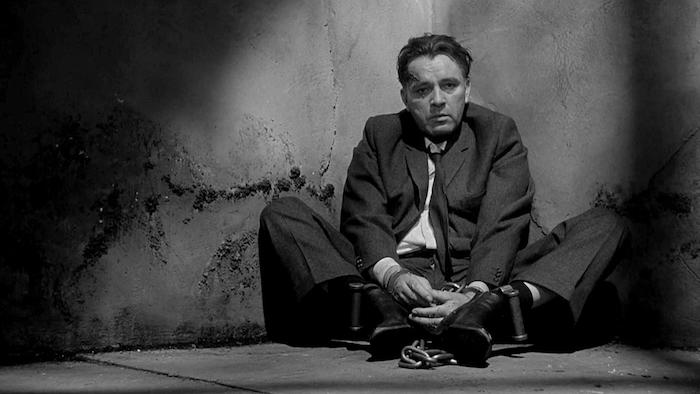 The Spy Who Came in from the Cold

A Cold War spy on one final, dangerous mission. Hot on the heels of The Night Manager, the BBC is already planning a new adaptation of classic John le Carre story. Before they can, don’t miss Martin Ritt’s 1965 film, starring Richard Burton plays – one of the best spy movies based on one of the best spy novels.

Andrew Jarecki’s Oscar-nominated HBO documentary is a chilling portrait of a seemingly typical, upper-middle-class Jewish family — until their world is transformed when Arnold and Jesse Friedman are arrested and charged with child abuse.

Film Is a Theorem: Portrait

MUBI continues its weekly season dedicated to the documentaries of Sergei Losnitza with his second film from 2002. An austere work of cinematic distillation, Portrait evokes unexpected depths of emotion through a deceptively simple concept: the contemplation of stillness.

If your curiosity was piqued by 2012’s Post Tenebras Lux, delve into Carlos Reygadas’ back catalogue with 2005’s Battle in Heaven, which follows a working-class man and his wife, who kidnap a baby for ransom money, only for things to go tragically wrong…

MUBI celebrates the work of Catherine Breillat, known for its frank approach to sex, with a double-bill, starting with 1999’s Romance. A film famous for show an erect male member, the movie explores physical love with the tale of a woman who submits herself to the sensual and mystical desire for intimacy.

MUBI’s Breillat double-bill continues with this characteristically unflinching study of sexuality, desire and the relationship between men and women from 2004.

How do you follow MASH, McCabe & Mrs. Miller and The Long Goodbye? Robert Altman came up with the answer in 1974 with this comedy about friendship and the thrill of chance, starring Elliott Gould and George Segal as two gambling fiends, one married and one streetwise, in Southern California.

MUBI opens its selection of movies from My French Film Festival with a provocative Cannes selection from Valerie Donzelli, where she rescues a script originally written for Truffaut about incestuous love.

Eva Husson’s debut film is a coming-of-age film that’s bolder than most, as the stylish drama explores sexuality in a remote French town, where well-adjusted sixteen and seventeen year olds are ordinary adolescents who take a singular path towards a steamy group encounter. Read our full review.

Nathalie Baye and Emmanuelle Devos enter a series of beguiling events in this complexly woven and propulsive thriller. Winner of the Piazza Grande Award at the 2016 Locarno Film Festival.

Léa Fehner’s boisterous film immerses viewers in a flamboyant theatre troupe. A cast including The Unknown Girl’s Adèle Haenel keeps the plates of drama (in front and behind the curtain) and comedy spinning.

Soon to be seen in Bertrand Bonello’s controversial snapshot of terrorist youth, Nocturama, Manal Issa makes her screen debut in Danielle Arbid’s portrait of a young Lebanese woman in the City of Lights.

While a series of kidnappings of young boys is raging in Montreal, Félix, 10, finishes school in Old Longueuil. Like many children, he is afraid of everything. Little by little, the childhood imaginary demons mix with demons of a disturbing reality.

Our Man in Havana
Available until end of: 28th January

Mysterious Object at Noon
Available until end of: 31st January

The Life of Jesus
Available until end of: 1st February

A Generation
Available until end of: 3rd February

I Killed My Mother
Available until end of: 5th February

Inside Job
Available until end of: 6th February