VOD film review: Cameraperson | VODzilla.co | Where to watch online in UK | How to stream

Cinematographer Kirsten Johnson turns footage from her career into a strikingly personal memoir in this original and moving documentary.

This extraordinary film from cinematographer Kirsten Johnson has been assembled using bits and pieces of footage from the various projects she has been involved in throughout a career spanning 20 years. Some of these projects are well known, such as Michael Moore’s Fahrenheit 9/11 or Laura Poitras’ Citizenfour, but others are more personal projects, including home movies and footage of the director and her elderly mother, Catherine, who’s in the later stages of Alzheimer’s.

Initially, Cameraperson feels like a rather self-indulgent form of what might be termed scrapbook filmmaking. Captions for each clip reveal only the location of the footage, rather than the film it came from (although there is a full list at the end), forcing you to concentrate on the images themselves.

Some of these are immediately impressive, such as the shot that plays over the film’s opening credits: a lonely desert highway with a cloudy sky that’s suddenly split apart by a bolt of forked lightning, right after a car has driven across the screen. The moment is capped off by an offscreen sneeze and accompanying camera judder that would have ruined the shot if it had happened a second earlier. Other, smaller moments, reveal Johnson’s meticulous approach to the job, reaching in to pluck a single blade of grass from a ground-level shot of some sheep.

Throughout the film, Johnson returns to a number of seemingly unrelated subjects, with the only connection being that she appears to be drawn to war zones. These include: a midwife in a Nigerian hospital trying to save a pair of newborn twins with minimal resources; a young boxer in Brooklyn waiting to go out and fight; a Muslim family who live on a farm in Bosnia, having returned to the area after the genocide; an al-Qaeda prison in Yemen; patients at a women’s clinic in Alabama; and a district attorney in Jasper County, who reveals grisly details of a horrific murder.

However, as the film progresses (aided by exceptional editing from Nels Bangerter and Amanda Laws), gradual connections emerge, leading to an acute sense of the person behind the camera, which unifies each of the stories. For example, the knowledge that Johnson has twins of her own plays into her reaction in two key sequences: first, when the midwife tries to save the two tiny babies (Johnson involuntarily gasps when she sees them) and second, when her camera picks up two young toddlers on the farm in Bosnia and one of them picks up an axe – Johnson mutters, “Oh Jesus”, and you can tell she’s seconds away from putting down the camera and rushing over to intervene.

The film is also fascinating because it allows you to speculate on perspective and the power of editing, notably in the case of the Brooklyn boxer, who initially seems quiet and serious as he waits for the fight, but later throws an epic tantrum after a points decision goes against him and, in one of the film’s best moments, storms out into the crowd to find his mum (Johnson’s own maternal sympathies are echoed here too). The thought that such a great scene might have been cut from the finished film makes you curious to see how that particular project turned out, and what kind of portrait it painted of its main subject.

Suffused with humanity and flowing with its own unique rhythm, this is an original and captivating film that’s both thought-provoking and deeply moving.

RIP John Hurt: A man with the face of a Time Lord and the voice of a dragon 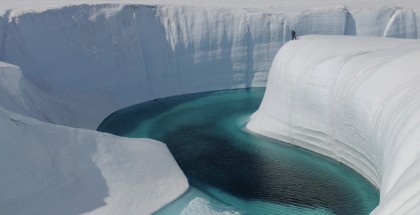