What's coming soon to FilmStruck UK in June 2018? | VODzilla.co | Where to watch online in UK

FilmStruck UK continues to celebrate its expansive, diverse archive of cinematic classics in June, rather than flood us with new additions. The result is a intriguing month that mixes modern gems from the 90s with a quartet of 1980s films from Japanese director Juzo Itami and an insight into Soviet cinema with a selection of essentials that range from Solaris to Battleship Potemkin.

James Cagney is on fire in this film noir that sees a psychopathic criminal with a mother complex make a daring break from prison and lead his old gang in a heist.

This stirring epic ranks as one of indie filmmaker John Sayles’ finest works. With old-fashioned craftsmanship, it’s not a move you’ll quickly forget.

This icon, landmark documentary covers the three-day 1969 festival that symbolised the musical, social and political ideology of the era.

Winner of Best Picture at the 1932 Oscars, this adaptation of Vicki Baum’s novel about the lavish titular hotel in Berlin epitomises big screen glamour.

After the violence of The Wild Bunch Sam Peckinpah found a new angle for his next film, a gentle comedic tribute to the death of the Old West. Left for dead in the desert, Cable Hogue finds a fresh spring which saves his life. He builds a profitable stagecoach way-station, but is undone by the advent of the automobile.

June sees FilmStruck unveil a new string of themed collections, each one combining new additions for the month with existing classics in its catalogue. Here’s the rundown of the new seasons you can find on FilmStruck this month, with new arrivals in italics.

FilmStruck’s chronological spotlight on Hollywood history catches up with the 90s with the collection of ground-breaking titles from a deceptively long time ago:

Relive a truly revolutionary age of film with this collection of essential Soviet classics that have helped form the rich Russian cinematic culture and heritage we know today:

Solaris
Battleship Potemkin
Come and See
Stalker
Andrei Rublev
The Ascent
Welcome, or No Trespassing
The Steamroller and the Violin
The Mirror
Ivan’s Childhood
Ballad of a Soldier

Get to know one of Japan’s best portrayers of society with this selection of work from Juzo Itami. The satirical director sparked a noodle frenzy with Tampopo, as well as crafting a string of movies profiling hard-working, independent women, starring his wife, Nobuko Miyamoto. With only 10 films to his name, this quartet from the 1980s will get you acquainted with almost half of his work:

FilmStruck UK costs £5.99 a month or £59.90 for a year, both of which are available with a 7-day free trial. For more information, visit www.filmstruck.com.

All new releases on FilmStruck UK in June 2018: 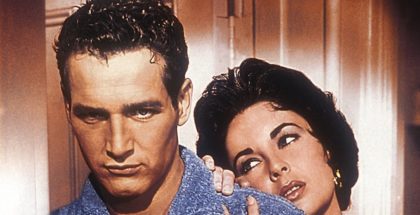