This week's new releases on BFI Player+ (25th March 2017) | Where to watch online in UK | How to stream legally | When it is available on digital | VODzilla.co

Every Friday, Mark Kermode highlights one of the collection’s titles with a video introduction. This week, it’s Mother. Bong Joon-ho’s fourth feature film is a gripping study of the limits of maternal devotion. The film follows a widow (Kim Hye-ja) raising her mentally challenged son (Won Bin) in a small South Korean town, who finds her world plunged into nightmare, when a young girl is found murdered and her son the prime suspect. Betrayed by the legal system, the mother takes the law into her own hands to clear his name.

Kermode praises it as “extraordinary”, “warped” and “brilliant”, then quotes the director as saying this of his own mother: “She has a tendency to obsession. I mean, she constantly worries about me! So yes, in some ways she inspired me. Just don’t her I said that.”

A gay man turns to virtual reality to satisfy his sexual fantasies in Constantine Giannaris’ short film – which, incredibly, was made all the way back in 1991.

Armand Lacourtade, a 43-year-old farm equipment salesman, can no longer bear his homosexual bachelorhood. When he meets Curly, a plucky teenage girl, he changes orientations in this 2009 film from Alain Guiraudie.

Inge Blackman’s documentary explores the hidden histories of black lesbians, primarily focusing on 1920s Paris. It runs for just 20 minutes, but that doesn’t stop the film cramming in sex and style.

Emile Charles, Tony Forsyth and Robbie Coltrane star in this 1988 film about two gay youngsters on the run after witnessing a gangland murder in the titular Fruit Machine Club.

Aleem Khan’s short film follows a young transgender woman in London, rejected by her family back home in India, in the aftermath of the death of Princess Diana.

This study of obsession focuses on a teenage boy torn between the charms of a fleshly female prostitute and the sadism of an older man.

A profile of LGBT activist, academic and author Vito Russo, the man who changed the face of queer film theory and brought us all out of the ‘Celluloid Closet’.

VOD film review: All This Panic

FilmDoo shines a light on filmmakers from across Europe 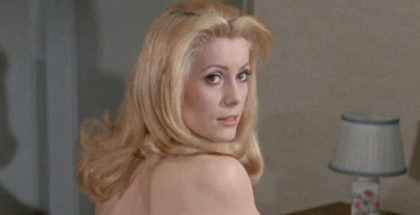