This week's new releases on BFI Player+ (8th January 2017) | VODzilla.co | Where to watch online in UK

Every Friday, Mark Kermode highlights one of the collection’s titles with a video introduction. This week, it’s Martin Scorsese’s A Person Journey through American Cinema. Just as the Goodfellas director’s latest, Silence, arrives on the big screen, this documentary turns his equally impressive non-fiction eye on the USA’s theatrical history, from the studio system past and present and the question of narrative to genres such as gangster flicks, B-movies, noir and Westerns.

Here are the latest titles on BFI Player+ this week:

After Easy Street, The Fireman, The Cure and One A.M., BFI Player+ continues to bring us the best of Charlie Chaplin’s short films – just the thing to lift the January blues.

Formidable physical comedy is the order of the day in this dynamic Chaplin short, in which he plays a waiter running rings around an angry customer.

One of the most popular shorts Charlie Chaplin made for Mutual, The Pawnshop features a famous sequence in which he dissects an alarm clock, prefiguring the mechanics-inspired humour of Modern Times.

In his final film for Mutual, Chaplin plays a convict who escapes from prison only to become an unlikely member of high society.

Oliver Reed stars in Guy Hamilton’s 1963 film about a group of Chelsea beatniks, who find themselves joined by enigmatic young woman Melina. Their wild, drunken partying, though, leads to dark consequences – as highlighted by the fact that the BBFC didn’t look kindly upon the film upon its release. John Barry, who worked with Hamilton on Goldfinger, composes the music.

Years after travelling in a swan-shaped pedalo, Andrew Kotting and Iain Sinclair reunite to follow in the footsteps of poet John Clare, who once trekked from Epping to Northampton back in 1841 to reach a woman he loved. A mix of lyrical greyscale images, strange, disorienting experiences and flashes of modern-day behind-the-scenes moments, the result is an intriguing curio for English students or Kötting fans and an obtuse oddity for most others.

Iona director Scott Graham’s brilliant debut stars the excellent Chloe Pirrie as a teen raised by her dad to run a garage in the middle of nowhere. The result is a calm and absorbing coming-of-age drama, shot through with a heartbreaking sense of tangible isolation. Read our full review. 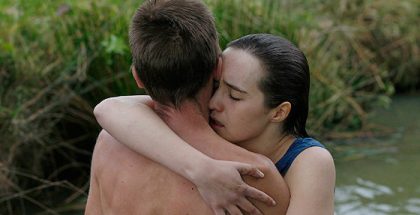