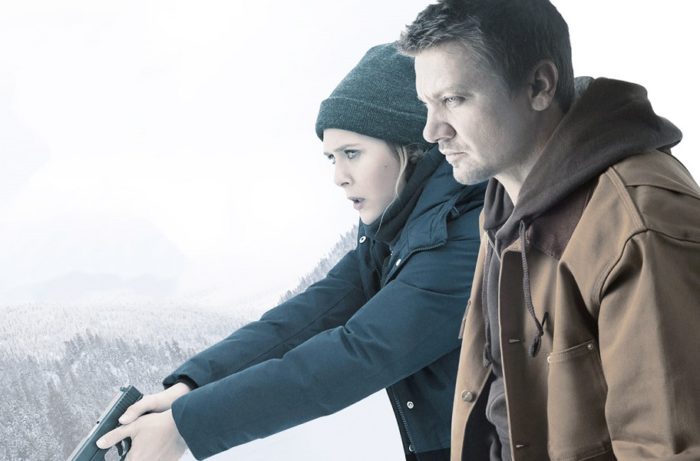 Taylor Sheridan is hot property at the moment. Not only will you perhaps recognise him from his time acting in Sons of Anarchy and Veronica Mars, but he’s also something of an admired talent when it comes to screenwriting, having penned the Emily Blunt-led Sicario, the Oscar-nominated Hell or High Water, and now assumed both writer and director duties for Wind River.

Set in the isolated, treacherous Indian reservation of Wind River, Wyoming, the film opens as a young woman runs through the freezing, snowy terrain in her bare feet. When veteran tracker Cory (Jeremy Renner) stumbles upon her body while hunting a lion in the vast nothingness, he becomes embroiled in a suspected murder investigation, as FBI agent Jane Banner (Elizabeth Olsen) rolls into town extremely unprepared. Boasting a stunningly scenic and peaceful backdrop to the suspicious death, Sheridan captures the natural beauty of the American landscape in a particularly slow-paced and methodically told drama that unfolds and evolves into a grizzly crime mystery.

The tension throughout simmers, before boiling over during moments in a contrasting second and third act. But don’t be disheartened by the particularly slow moving nature of the first 45 minutes: Wind River masterfully builds and builds, luring its audience into a false sense of yet another mundane mystery, before hitting us square in the face with incident and suspense. The pay-off is worth it: when any action does occur, it’s a shock to the system.

As a whole, Wind River delivers a sombre, shocking, sad, excruciating, visceral experience. Excellent direction coupled with intelligent, well-written dialogue affirms this as one of 2017’s most impressive, largely unrecognised films. What the narrative organically evolves into is a social commentary on Native Indian communities isolating themselves from harm of the white man, the ever-present threat of genocide, and a reflective re-telling of how America came to be. In that respect, its subtleties – glances, minimalist dialogue, and several moments of silence – end up speaking volumes, as Sheridan visually narrates an important story, rather than aurally spoon-feeding it to us.

Each character is given the love and care of the director’s attention, rendering everyone a believable person suffering in their own personal way. The script compliments the tone of the events and creates a fractured community in the middle of nowhere that you’d unequivocally accept as real. But it’s the central pairing of Renner and Olsen that proves to be the binding element that everything else ends up forming around. Both exude a natural ability underplaying their roles – think of Olsen’s other indie projects and Renner’s turn in The Hurt Locker – and share an on-screen chemistry that works perfectly in the context of rural uncertainty and genuine danger.

Wind River is ultimately a satisfying, if not uncomfortable, film to watch, as it grapples with its themes and, at times, stark imagery. A variety of genres are sprinkled into its ever-changing dynamic, so you never really know what you’re getting until it’s there in front of you. It’s this freedom of fluidity that allows Sheridan to painstakingly tell his story in his own time. This may not have been a movie that caught everyone’s eye when it hit cinemas, but it’s certainly one you shouldn’t miss if you’re a fan of brilliantly conceived narratives from a poised helmer who is surely one to watch.

Wind River is available on Netflix UK, as part of an £8.99 monthly subscription.

Where can I buy or rent Wind River online in the UK?

2018 Oscar nominees: Where you can watch them online in the UK 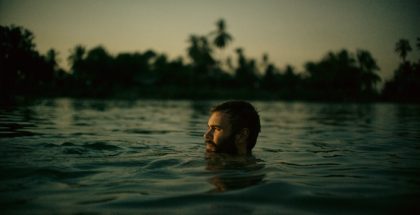