VOD film review: The Neon Demon | VODzilla.co | Where to watch online in UK

Beguiling and intoxicating, Nicolas Winding Refn's satire of the modelling world is a masterpiece of mood.

The title of Nicolas Winding Refn’s latest film refers to the frightening allure of Hollywood, but it might equally mean the director himself – a malevolent sprite who works by seducing us with some of the most ravishing films around. The Neon Demon is, sonically and visually, a masterpiece of mood: beguiling and intoxicating, with Cliff Martinez’s score and Natasha Braier’s cinematography combining into passages of pure cinema. The big question is whether you think all this beauty is worth what Refn does with it.

This is the director’s satire of the modelling world, and shares with his earlier films – notably Drive – the sense of a screwed-up fairytale, where innocence is under perpetual threat from jaded predators. Here, it’s Jessie (Fanning), an ingénue whose fresh-faced beauty makes her a source of undisguised obsession from men and petty jealousy from women, and the only real (non-)surprise is who turns to be the more dangerous of the two.

It’s an obvious parable of how power works in the Hollywood hierarchy, but chiefly interesting for how Refn approaches it not as drama – he feints at the pivotal moment to deny us the most obvious horror-movie set-piece – but as a musical. The iconography of modelling is apparent in the characterisation, with the actors choreographed like walking mannequins, the set as one big catwalk. Bar Reeves’ dastardly motel manager, the men aren’t sexually aroused by Jessie, but governed by a creative urge to mould them into objects of perfection. It’s a thin line – and Refn doesn’t downplay that the latter position is just as misogynistic in its own way – but it’s a clear demarcation that helps to explain his own style.

That’s most overt in the film’s centrepiece, as Jessie’s big moment in the spotlight becomes a sleek, surreal ballet that’s as true to Refn’s style as The Red Shoes was to Michael Powell. It’s a disorientating, menacing vision of Döppelgangers and desire, shot and scored like sci-fi, but it feels like a dance number without dancing. That goes double for the bravura, early shot where Refn tracks across a photographer’s studio, as everybody goes about their business with a glacial repetition – a sardonic vision of art as production-line commodity.

The result is a grimly funny affair, especially when it comes to the fickleness of fashion. One moment, models explain they’ve had their ears pinned back to find perfection; seconds later, Fanning has her hair tied back so her sticky-out ears can be seen in all their pointiness. The entire film is a rebuke against homogenised standards of what is right and that explains the story’s drive towards excess. In a film where form and function are perfectly meshed, Refn is steadily pushing things to the point where he can rip them apart and stake his own belief in artistic messiness, even as he admits he’s as hopelessly enslaved by light, geometry and soundwaves as the rest of us. By pushing style to the max and narrative to the min, the result is a combination whose glossy, hollow surfaces invite us to provide the subtext. 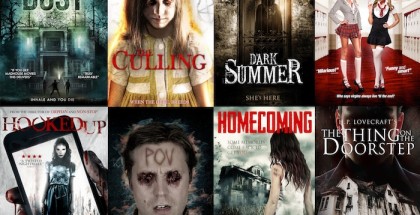