VOD film review: The Kid (2019) | Where to watch online in UK | How to stream legally | When it is available on digital | VODzilla.co 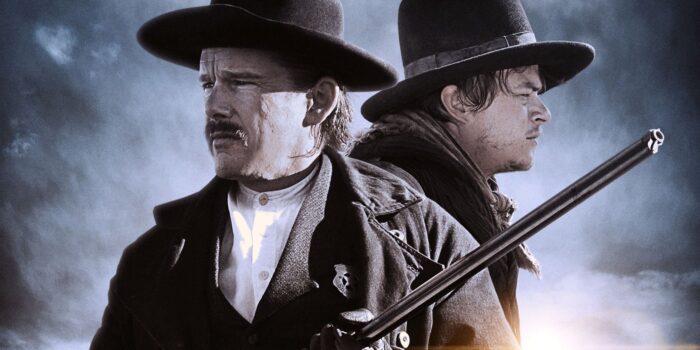 “You know what it means when they start writing about you? You’re already dead.” That’s Pat Garrett (Ethan Hawke) to Billy the Kid (Dane DeHaan) in The Kid, Vincent D’Onofrio’s 2019 Western. These two icons of the Wild West have certainly been written about many times before, and inspired any number of films over the years, not least of which was Sam Peckinpah’s influential entry in the genre. The Kid, then, has a challenge to do something different – and it does it right from the off, even down to its title, which refers to a kid who isn’t Billy at all.

That would be Rio Cutler (Jake Schur), a young teen who kills their drunken father after (not for the first time) he turns violent. On the run with his sister, Sara (Leila George), they are pursued by their similarly nasty uncle, Grant (Chris Pratt), who is thirsty for revenge. It’s while on the run that Rio crosses paths with the other Kid, and they fall in with his gang.

It’s an inspired premise, and one that pays off handsomely throughout the film, as the script by Andrew Lanham finds a fresh lens through which to explore the relationship between Pat Garret and Billy the Kid. Law and order versus notorious outlaw, the two opposing forces have always been a meaty example of tradition and modernity clashing, of civilisation versus untamed brutality. DeHaan steps into Billy’s shoes with dangerous confidence and a sympathetically self-aware streak, while Hawke’s ability to balance rough and morally righteous is a natural fit for the new sheriff.

But while D’Onofrio coaxes strong performances from both, he also uses those to build out a wider thesis, one that views these men in terms of role models for a future generation – their legacies are less about celebrity and more about setting a good example or passing on the toxic cycle of macho masculinity perpetuated by stereotypical notions of cowboys. Schur’s impressionable Rio is a heartfelt and naive presence to anchor that debate, undoing myths with a fresh perspective that recalls True Grit.

He’s contrasted nicely by Chris Pratt’s unrecognisable turn as the savage Grant and, while a late monologue about blue jays is a bit too on the nose, the result is a thoughtful study of self-destructive cycles and kids being forced to grow up too young. It’s a tale written before, but D’Onofrio’s delicately balanced old-school Western finds new life in it. 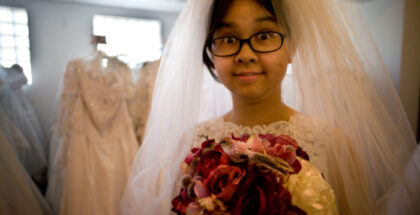 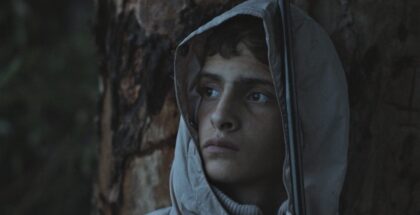