Digital theatre review: Drawing the Line | Where to watch online in UK | How to stream legally | VODzilla.co

This thoughtful drama about the partitioning of India makes a big piece of history engagingly personal.

The Partitioning of India. A complicated issue that has had bloody consequences and seismic ramifications for generations. Attempting to dissect and discuss it is far from simple and not an easy, brief act. But Drawing the Line manages to retells the events around the partitioning of the subcontinent within a concise two hours.

It helps that the act itself was an alarmingly rushed affair, with London judge Cyril Radcliffe parachuted in and given just five weeks to draw an arbitrary line down the middle of India. He’s an outsider without any knowledge of the country, but an eagerness to understand the foreign culture – and that very position and attitude is symptomatic of the arrogant colonial attitude behind the idea of partitioning India in the first place.

Howard Brenton’s script does a fantastic job of condensing all of these problematic and conflicting layers into an elegant chamber piece, finding time for us to sympathise with the trapped Radcliffe, who slowly discovers that whatever he decides, blood will be on his hands. His likeable, well-meaning presence is echoed by the overall production, which welcomes not only an appearance by Gandhi, who objects to the “vivisection” of his country, but also the Hindu leader, Nehru, who has a more pragmatic – and politically savvy – perspective, and the Muslim leader.

In between all of this is an eye-opening affair between Nehru and Edwina, who is married to Lord Mountbatten, the viceroy of India. Could it really be that the short timetable Radcliffe is given is so that Mountbatten can limit the amount of time his wife can spend with Nehru?

The result is an engrossing, delicately written and earnestly performed study of the human costs of personal and political divides, of national and individual identity, and of ideology and ignorance. It’s a lesson as well as a claustrophobic, intimately staged story – an epic that dares to make one of the biggest stories in history engagingly small.

Drawing the Line is available on the Hampstead Theatre website until Sunday 19th April.

Why you should be watching Run on Sky Comedy

Trailer: Medici returns for Season 3 this May 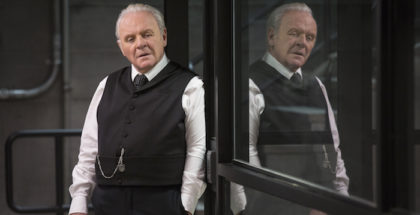 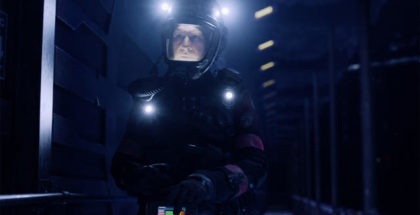 Why Poldark should be your next box set September 4, 2016 | Ivan Radford