VOD film review: Knight of Cups | VODzilla.co | Where to watch online in UK | How to stream

Assembled with obvious care, but to little explicable purpose, this pompous film amounts to a very expensive game of "Where's Wally?"

Just about every filmmaker of note, at some point, will make a film about filmmaking. Wilder, Godard, Cronenberg, Scorsese – they’ve all done it. But what happens when it’s the turn of a filmmaker who doesn’t really do ‘film’ the same way as other directors? Terrence Malick has forged his own idiosyncratic career over the past 40+ years, so it’s no surprise that Knight Of Cups isn’t your typical Hollywood tale.

To be honest, there’s scant on-screen evidence that this is a film about filmmaking, except that Rick, Bale’s protagonist (‘hero’ is pushing it for somebody who does so little), wanders around parties and studio backlots, meets with agents and has flings with beautiful women. Every synopsis for the film alleges that he’s a writer but that seems to be Malick’s joke about the very notion of writing. Not only do we never see Bale write anything, we barely hear him – or anybody else – speak anything. When there is dialogue, it tends to be portentous, gnomic pronouncements, such as: “I spent 30 years not living life, but ruining it.”

This is Malick in his latter-day phase of rocking up on set with dozens of big-name actors hungry to work with him, filming whatever takes his fancy and then editing the results so haphazardly it becomes a very expensive game of Where’s Wally?. (Oh look, there’s Dane DeHaan.) Even second- and third-billed Blanchett and Portman are barely in it. Only a very confused-looking Bale has any screen time of note.

It’s deeply experimental, totally committed to shunning the usual artifice of the medium, in favour of beautifully shot images and a burble of sound (fragments of conversations, voiceovers, classical music), assembled with obvious care, but to little explicable purpose. There’s no doubting the bravura of Emmanuel Lubezski’s cinematography, but the more the camera wanders away from the actors, nosing its way to pick out fleeting details or pausing to examine the sky, the more you realise that this behaviour wouldn’t be tolerated from a novice filmmaker. Likewise, the fragmentary, infuriatingly unsettled editing. At one point, the (in)action hits the same part of town as recent shot-on-an-iPhone hit Tangerine, a film whose punkish confidence and playful redefining of form shows how dull Malick’s radicalism is.

None of this would matter if the effect transcended these concerns – but this is painfully weak, trite material. Two films ago, Malick was exploring the nature of time, evolution and society in The Tree Of Life; here, he’s using the same framework to explore the mid-life crisis of a hollow playboy. It’s unbecoming of Malick, and ill-fitting: where, say, Antonioni could find the ennui in any kind of architecture, Malick can’t help but make everything look gorgeous, short-circuiting his jaundiced view of Hollywood’s banality.

The bare bones of story are laughably bad – having failed to find love with a party girl, a model and a stripper, Portman arrives to take Bale’s lead to art galleries and languid walks along the beach, just another cliché of womanhood. Meanwhile, a backstory about his strained relationship with his brother (Wes Bentley) and dad (Brian Dennehy), forever locked in a sub-Cassavetes shouting match, underlines that maybe the reason Malick avoids drama is that he isn’t very good at it.

It’s noticeable that the director favours very serious, mannered actors who fit his moodily non-committal sense of abstraction, and the material exposes a self-important, humourless streak in Bale. There are no comedians here (well, apparently Nick Offerman is in it, but blink and you’ll miss him). Satirical ad-libs would be too dangerous; they might spike the pomposity. But listen to Ben Kingsley, randomly narrating extracts from The Pilgrim’s Progress in the self-satisfied tones of somebody who’s been told they are making capital-A Art, and it’s clear that pomposity is exactly what that Malick is after.

Knight of Cups is available to watch online on Amazon Prime Video as part of a Prime membership or a £5.99 monthly subscription.

Where can I buy or rent Knight of Cups online in the UK? 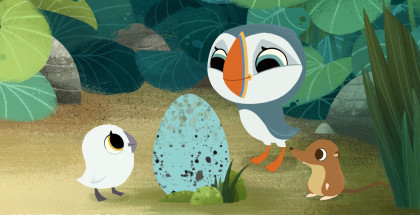