Netflix UK film review: Christmas Break-In | Where to watch online in UK | How to stream legally | When it is available on digital | VODzilla.co

This bargain bin Home Alone imitation fails to find its own identity.

Izzy (Cameron Seely) wants nothing more for Christmas than a brand new guitar to achieve her dreams of being a rock star. Her parents – Denise Richards and Sean O’Bryan – promise to take her after school on the last day of term. But when they forget to pick her up, Izzy is left to shelter from a blizzard in the school building. On the other side of town, a motley crew of robbers are making off with some cash in an ice cream truck. There are no points for guessing whether they’ll cross paths by the time the credits roll.

What ensues is painful to watch, as every idea the script has is undermined by its own poorly thought-out writing. Danny Glover is meant to be kindly and gentle as the school janitor, who we learn spent some time behind bars, but Izzy’s parents have no problems with her hanging out with a stranger in an empty school – and even he seems to have no qualms about leaving her alone in the storm without apparently securing any of the building.

Katrina Begin and Douglas Spain do their best at being bickering bad guys – with Jake Van Wagoner providing comic relief as the secretly nice-hearted Ned – but they’re dumb enough to be spooked by ghost stories and not amusing enough to make that not matter. Richards and O’Bryan, crucially, can’t sell their overworked panic in any way that makes them sympathetic – which means that the prospect of a family reunion come the finale actually leaves you wishing Izzy runs off to find a more loving home.

None of this is the fault of Cameron Seely, who brings an enthusiastic energy to her young hero. But when even the soundtrack shamelessly echoes John Williams’ Home Alone score, it’s impossible not to think of the superior Macauley Culkin vehicle, which found charm, wit and slapstick invention in its subversively anarchic festive comedy. Christmas Break-In pillages what it can but only ends up robbing you of 90 minutes you can’t get back.

Christmas Break-In is available on Netflix UK, as part of an £9.99 monthly subscription.

Netflix cancels Daybreak after one season 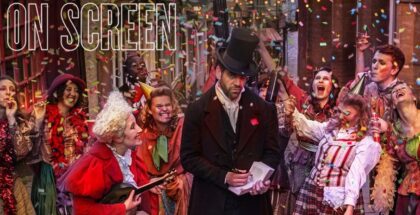 EastEnders most streamed on iPlayer as Christmas catch up enters the living room... January 8, 2016 | James R