Back half better than first half

But when it drags, it really drags

Taken as a whole, the second season of American Gods barely rewards the patience of the faithful.

The following review contains spoilers for Season 2 of American Gods. Not caught up? Read our spoiler-free review of the opening episodes here.

American Gods’ difficult sophomore season concluded better than it began, with its melancholic Mad Sweeney-focused penultimate instalment being the best of the whole eight-episode run. It was also the only episode that was wholly satisfying in terms of atmosphere, direction, story, character development and performance working together towards a coherent vision – or as coherent as American Gods, which now regularly seems to be opaque just for the sake of being opaque, can be.

This was not the case for the season at large, where the number of significant plot developments, excluding threads that are raised and then dropped almost as quickly, can probably be counted on one hand. There is virtually no momentum, even when the energy and bombast of specific episodes can briefly disguise just how little is actually happening and how little meaning there is behind the constant ominous monologues.

Most of the regular cast remain entertaining, particularly Emily Browning, Orlando Jones and Pablo Schreiber (RIP Mad Sweeney), but others, including lead Ricky Whittle as Shadow, project an aura of confusion that may extend to their own relationship to the material and not just their character’s in-world experiences. New additions to the roster, such as the character of New Media, felt confused in execution. Wouldn’t it have been more appropriate for her grand framing of Shadow, Mr. Wednesday and sweet Salim (and his lovely jumper) for mass murder to have taken place through, you know, actual new media forms, not traditional TV news broadcasts? The tension of the season finale still works, but that aspect felt like a shortcut taken upon realising the difficulty in making social media threatening in the context of the show’s trademark aesthetic.

One thing to be hopeful for regarding the third season is that the name on Shadow’s fake ID in the closing moments teases an element of the source material that bodes well for a storyline better suiting a season-long arc than the Cairo stuff did. Saying that, in terms of where the show stuck to the novel in terms of linear narrative and faithfulness to those book events, this second season basically covered only three chapters – numbers five to eight – from Gaiman’s 20 (plus interludes and postscripts). At this rate, it wouldn’t be surprising if the third season only covers a chapter and a half of the printed story. But we’ll see how any lasting faith, from viewers or STARZ executives, is rewarded.

American Gods Season 1 and 2 are available on Amazon Prime Video, as part of a £5.99 monthly subscription.

Why you should catch up with Deadwood 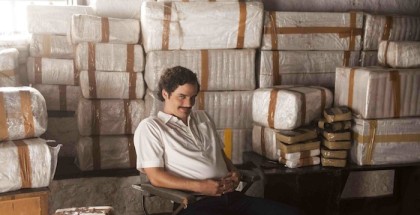 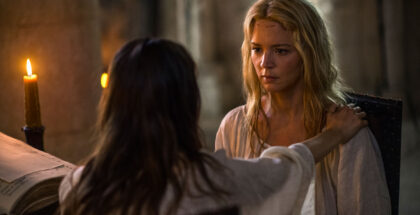