Coherent. Logical. Boring. None of these words can be used to describe this bonkers apocalyptic thriller.

Coherent. Logical. Boring. None of these words can be used to describe Hard Sun, Neil Cross’ new thriller for BBC One, which spends half of its time being utterly ridiculous and the other half of its time getting drunk to try and forget how ridiculous it is. The silliness is evident right from the title: what exactly is a hard sun? Is it a sun that’s stronger than normal? A sun that’s been left in the fridge too long, so you can’t spread it on toast? The moment you stop looking at it directly is the moment you start to enjoy the show for what it is.

What it is, though, is a total mess. The titular “Hard Sun”, we swiftly learn, is an end-of-days scenario that will see the Sun engulf and destroy the Earth, wiping out the human race entirely. And that’s currently forecast to happen in five years. When a young police detective, Renko (Agyness Deyn), comes into position of a USB stick with evidence of this, MI5 are keen to stop the information getting out into the public domain, for fear of panic and unrest. Fortunately, there’s veteran cop Hicks (Jim Sturgess) about to help keep her safe and solve crimes and things. Two policemen facing a government cover-up about the impending apocalypse? If all of this is sounding daft, you’d be right: Cross’ concept can be divided almost neatly into two separate TV shows. Unfortunately, it spends six hours feverishly trying to mush them together.

There’s something horribly apt about the programme, which arrives at a time when the world ‘apocalyptic’ can be inserted into almost any news headline: halfway through the show’s run, the Bulletin of the Atomic Scientists’ Science and Security Board moved the symbolic Doomsday Clock to two minutes to midnight. Thinking about the odds of a global catastrophe is enough to unsettle anyone, so it’s perhaps not that surprising that Cross’ reaction to the scenario is to fill up the streets of London with criminals driven to brink of madness by the thought of worldwide extinction.

And so we end up with a cop drama peppered with the looming sense of unavoidable annihilation, a tone that should make for deathly serious, nail-biting television, but, in reality, ends up laughably mad. One episode, we’re following a young journalist trying to make his name by publishing the information, the next, we’ve zoomed forward in time and the government has made it all seem like a hoax, only for a murderous divorcee to need chasing down in a foggy forest. In the first hour alone, we see someone jump off a building and get impaled in a tree, while someone else gets stabbed in the eye with a fork. This, Hard Sun gleefully makes clear, is a world where chaos reigns.

It’s a chaos that’s embraced by one rogue former priest and aid worker. Played with a manic menace and disturbing conviction by Coupling’s Richard Coyle, Tom is a strange figure indeed, someone possessed with the righteous purpose of trying to prove – or not – that there’s some kind of benevolent God watching over humanity’s obliteration. Introducing a good priest into the mix makes for some genuinely interesting conflict, as Dennis (Dermot Crowley) is at precise odds with the once man of the cloth, one holding respect for the sanctity of rituals such as confession and the other happily licking windows in the street while wearing a balaclava and wielding a machete.

Tom is one of two running threads throughout the season, but his subplot is resolved far too quickly for the moral conundrums of his cause to really resonate. That, however, turns out to be the raison d’être for the whole series, which also rushes its finale, so the whole thing feels simultaneously unfinished and yet prematurely wound up.

If giving the programme more episodes to breathe and explore its ideas sounds like a solution, though, the problem is that the script frequently squanders the time it does have, with the story wandering randomly in one direction and then doing a U-turn. There are moments of genuine tension, such an early standoff in the street between our lead cops and some shady secret service types. There are also hints of sincere emotion, as Hicks’ affair with his dead partner’s widow risks the suffering of his own family and hers, even though he’s trying to protect them both. And then there’s the twisting, turning loyalty between our main couple, as they both have reasons to betray or blackmail the other to save their own skin or that of someone they love.

Sturgess and Deyn have a fun chemistry that fits right into the uncertainty in the air, neither quite straight or honest enough to fully trust the other (Renko is an unreliable outsider, but the rest of the force is almost entirely corrupt). Both are likeable and charismatic, even if Sturgess’ increasingly outlandish scenes leave him with little choice other than to shout his dialogue. But all of these narrative quirks are held together Grace (Nikki Amuka-Bird), an MI5 agent who is willing to go to violent extremes to keep the government’s cover-up in place. Amuki-Bird is intimidating enough, bringing morse code, hostages and late night car chats into the mix. A glimpse of her own private life also ups the stakes on all sides, but the more resilient she proves, and the more the series relies on her instead of Tom as the chief antagonist, the less believable her position becomes: with a supposed five years until the world ends, there’s no clear motivation for Grace to maintain status quo, a niggling fact that undermines Amuki-Bird’s chilling calm. After all, if you know the world’s about to go kaput, whether in 5 years or in 12 days, why not just quit your job and cut loose?

That’s certainly Cross’ preferred choice of action, and there’s some fun to be had in seeing just how far his rabbit hole of absurdity goes. But while the Luther creator can still drum up fragments of suspense, horror and surprises, Hard Sun is simply too soft to make an impact. Look at it for too long and your head starts to hurt.

The Good Place Season 2 refuses to play it safe 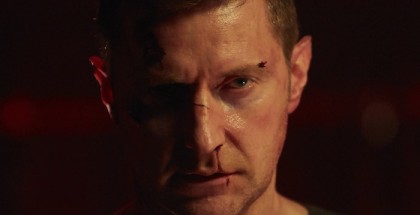