VOD film review: Sick of It All | Where to watch online in UK | How to stream legally | When it is available on digital | VODzilla.co

VOD film review: Sick of It All 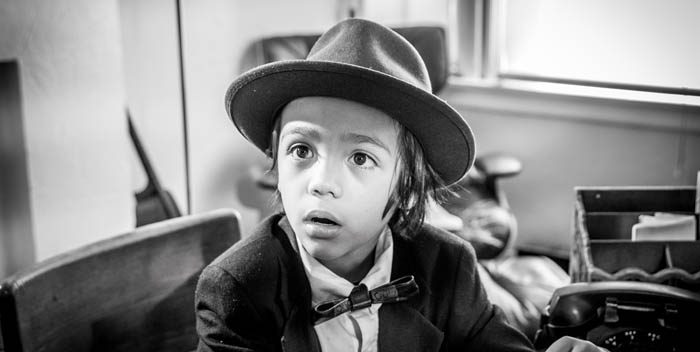 This bitter comedy about childish adults and wise children is a laugh-out-loud treat.

After Prevertere, Window Licker and 1 World 100 Lonely, indie director Brian McGuire returns with this film noir that has its roots in The Little Prince. In this case, that would be LP, a kid played by Brian’s nephew, Zion, who is kidnapped during the film’s opening credits – an act that throws us headfirst into a world of crime, cults, insurance salesmen and marital problems. If you thought Netflix’s take on Antoine de Saint-Exupéry’s classic novella was unusual, you ain’t seen nothing yet.

Most of the above revolve around Anthony (Logan Sparks), a toy collector whose life has long forgotten the happiness of youth. He’s married to Rose (Amy Claire), but both of them hate each other. He’s got nobody but a drunkard called Snake (Foster Timms) for company. And he’s got a fancy dinner to cook for a friend of his wife, who’s coming over to talk about this new “sonic healing” therapy he’s made up. (It mainly involves listening to a Walkman.) Introduce LP and his kidnapper to the party and things swiftly descend into a wonderfully chaotic sea of one-liners, confusion, brunchware and new-age nonsense.

McGuire has always been a director with a knack for capturing the raw honesty of human relationships. That’s on fine form here, as Sparks and Claire bounce insults off each other with the weary sincerity of an old couple. But after a string of more serious dramas, he notably cuts loose here to enjoy himself – and the result is laugh-out-loud funny.

Antony and Rose’s barbs carry a painful accuracy, but also a caustic wit, while interruptions from overbearing policemen are as silly as they are sinister. (“Watch our for your brother. He’s dangerous,” they warn. “He’s not dangerous,” argues Anthony. The cops interrupt: “I said ‘may be’. We don’t know.”)

After some innovative work with mobile phones, these are also some of the best visuals McGuire has produced, as he fills his set with crisp monochrome, cigarette smoke and eccentric camera angles. But he doesn’t let style get in the way of speed; the 86-minute comedy flies by at an impressive pace, with the flashes of cult behaviour adding an unpredictable, surreal edge that reminds you of the Coen brothers.

Throughout, toe-tapping music penned by Haxsaw & Dugin (Brian with his brothers Luke and Emmet) cheerfully rips into the likes of Sinatra et al. with jazzy ditties about how much life sucks, leaving us stuck in a limbo somewhere between the golden days of the 1940s and the bitter reality of modern life. The result is an enjoyable piece of light-hearted entertainment with an underlying disdain for how messed-up humanity has become; all the while, LP looks on at these childish adults in… wonder? Surprise? Concern? Amusement? Either way, you can’t blame him.

Sick of It All premiered at the Raindance Film Festival in 2016. 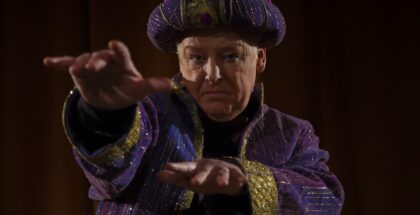 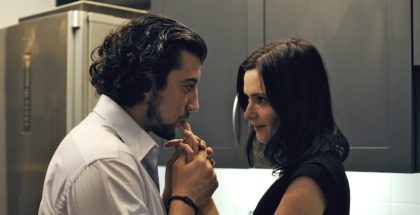 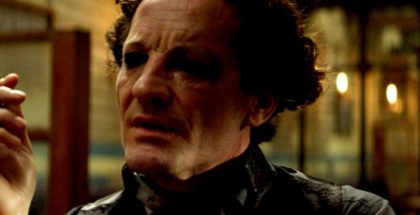