VOD film review: Heaven Knows What | VODzilla.co | Where to watch online in UK 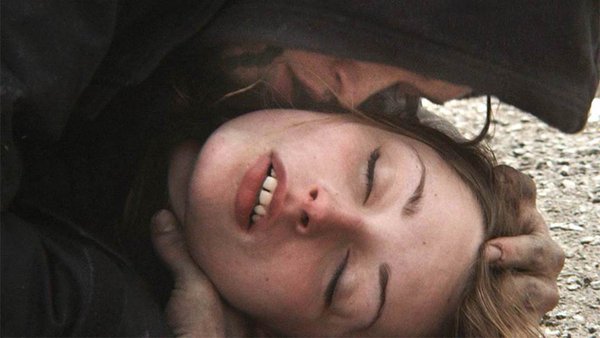 Use of New York

A powerful drama, strikingly directed and featuring a star-making turn from Arielle Holmes.

Thematically speaking, the fourth feature from indie filmmakers Josh and Benny Safdie is firmly in the tradition of classic New-York-junkies-in-love dramas such as Jerry Schatzberg’s The Panic in Needle Park (1971). However, the directors’ striking directorial choices combine with the powerfully authentic source material (an unpublished memoir from star Arielle Holmes, entitled Mad Love in New York City) to produce an engaging, hard-hitting piece of work that remains mesmerising, despite its frequently uncomfortable, often heart-breaking subject matter.

There is very little plot to speak of. Holmes plays Harley, a fictionalised version of herself, a homeless heroin addict on the streets of New York who’s in a toxic relationship with fellow junkie Ilya (Caleb Landry Jones). As the film opens, Harley is threatening to kill herself and Ilya – a scumbag of the first order – taunts her into going through with it (“If you really loved me you’d have killed yourself by now”), prompting a grisly wrist-slashing in a park that lands Harley in Bellevue psych ward.

Upon her release, Ilya is nowhere to be found, so Harley hooks up with another junkie, Mike (Buddy Duress), who initially seems to take better care of her, but gets frustrated when she’s continually unable to pay for her fixes. Together, the pair bum around New York, panhandling (or “spanging” as it’s called in the film) for cash to secure their next fixes, until Ilya reappears on the scene, causing a violent clash between the two men.

With her slim physicality, sharply-lined features and heavy-lidded eyes (she was on the methadone treatment throughout filming), Holmes cuts a baleful figure on screen, to the point where you’re constantly worried about her, yet she proves remarkably resilient and is possessed of a disarming honesty – for instance, her confession to a clearly smitten Mike that she still loves Ilya makes it clear that she views him primarily as a survival strategy / source of heroin.

The supporting cast (largely consisting of non-professionals) are equally good, with Jones proving once again that he’s the go-to guy when it comes to playing nihilistic scuzzballs (indeed, he’s in serious danger of type-casting) and Duress striking sparky partners-in-crime chemistry with Holmes.

Aided by Sean Price Williams’ impressive, fly-on-the-wall-style cinematography, the Safdies create a powerfully intimate atmosphere with the camera frequently sticking close to the characters’ faces, reflecting the insular nature of their addiction-fuelled world. However, every so often, the camera pulls back to frame the characters in long shot, marking them as part of the tapestry of the city itself. Indeed, they are so much a part of it that by-standers routinely pass them by, oblivious, when they’re in the middle of a blazing row, in scenes that look as if they were shot without the use of extras.

The film is also packed with intriguing details that add extra levels of authenticity, such as the general location work (the characters hang out at branches of Dunkin’ Donuts and White Castle), or small moments, such as Harley and Mike stealing energy drinks and re-selling them to a street vendor, or Harley using free computers in a library to check her Facebook page. In addition, Heaven Knows What features a bravura electronic score by Isao Tomita (often repurposing classical music tracks in a manner that recalls A Clockwork Orange) that’s used to powerful effect, particularly during the opening credits sequence at Bellevue that unfolds without dialogue.

This is a compelling and stylishly directed New York indie that marks out star Arielle Holmes (already snapped up for Andrea Arnold’s new film, American Honey) as a serious talent to watch.

Heaven Knows What is available on MUBI UK, as part of a £9.99 monthly subscription, until 29th August 2019.

Where can I buy or rent Heaven Knows What online in the UK?