This week's new releases on BFI Player+ (30th April) | VODzilla.co | Where to watch online in UK

Every Friday, Mark Kermode highlights one of the collection’s titles with a video introduction. This week, it’s The Fall of the House of Usher from Jan Svankmajer.

Svankmajer is an animator who needs no introduction, but in case you do, Kermode is on hand with a video guide to Edgar Allan Poe’s work adapted on screen and the influence the American writer had on the work of the Czech filmmaker. According to Svankmajer, Kermode notes, the power of Poe’s writing had almost nothing to do with the written and almost everything to do with atmosphere. “A timeless tale of terror” and “brilliantly creepy”, this example of the director’s interpretations of Poe’s work is a 15-minute treat for fans of scares and stop-motion alike.

After directing David Tennant in Richard II and Hamlet – and bringing together the BBC’s extravagant live show on 23rd April to mark the 400 years since Shakespeare’s death – Gregory Doran once again proves himself one of the most interesting adaptors of the Bard’s work around with this 2012 take on Julius Caesar, which transplants the play’s action to post-independence Africa.

BFI Player+ continues its Shakespeare run with Rupert Goold’s stunning take on Macbeth from 2009, which fuses the action and tragedy of the text with the horror of a wartime hospital. Patrick Stewart is wonderfully intense in the lead.

What Can I Do with a Male Nude?

Ron Peck meditates on the challenges of showing the naked male form on screen in this 1985 short.

Suzy Kendall and Lesley Anne-Down star in this violent 1970 flick about a murderer on the loose near a girls school in Britain. (Also known as The Devil’s Garden and Satan’s Playthings.)

Director Chris Monger deconstructs the thriller genre in this witty comedy, which follows a woman’s confession of committing murder. Produced by the Chapter Film Workshop, which is funded by the BFI and Channel 4.

Go back to the beginning of Shane Meadows’ career with the director’s early short, which is inspired by Rashomon to study a Nottinghamshire robbery from four different perspectives. 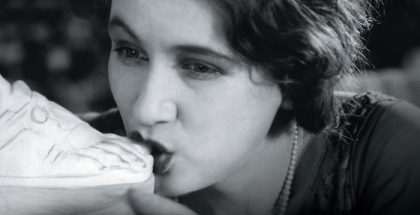