VOD film review: Finding Dory | Where to watch online in UK | How to stream legally | When it is available on digital | VODzilla.co

It’s been 13 years since we first encountered Nemo and his forgetful Blue Tang friend, Dory, as they set out their journey across the Great Barrier Reef to find Nemo’s doting father, Marlin (voiced by Albert Brooks) – and it’s safe to say that Pixar’s fifth animation feature was one loved by all, albeit anyone with a soul. So when it was announced in 2012 that a sequel to this beloved, heartwarming and poignant tale was in the works, the majority were thrilled – particularly as a result of Toy Story 2 and 3 exceeding all expectations.

After helping Nemo find his father, despite all memory tribulations, it turns out that Dory – voiced by the ever brilliant and charming Ellen DeGeneres – really did just keep swimming for 13 years; and all alone we might add. While we learned about Nemo and his relationship with his father in Finding Nemo, Pixar’s eagerly awaited sequel focuses on Dory and her forgetful, but adoring, relationship with her parents (voiced by Diane Keaton and Eugene Levy) whom she lost contact with at a young age. With Nemo and Marlin all aboard to help return the favour of rediscovering her roots, the aquatic gang set sail to find some answers.

Academy Award-nominated filmmaker Andrew Stanton returns to the director’s chair. Stanton – who warmed the hearts of many with his debut, A Bug’s Life, and dystopian heartbreaker WALL-E – also pens the script, alongside newcomer Victoria Strouse, who changes location across the pond from the Great Barrier Reef to a stateside aquarium, which obtains a boat-load of interesting and funny characters.

The film features a stellar supporting cast, with the likes of Ed O’Neill, Ty Burrell, Bill Hader and Kate McKinnon (plus a cameo from Pixar regular John Ratzenberger as a snappy crab) all lending their talents. The film undeniably contains witty and poignant moments, largely exuded by DeGeneres’ infectious charisma – but the film swims around the reliable (and evidently successful) sub-plot that Finding Nemo already covered. As we, once again, make the journey of an adorable fish swimming ferociously to try and find a member of their family, it does make you feel like Dory yourself, as you adopt an ‘I’m sure I’ve seen this before’ mentality.

The narrative itself does feel a little repetitive at times, not really offering anything new from its predecessor. However, Pixar does warm your heart once again with stunning graphics and adorable characters, which are guaranteed to create empathy among its viewers. Highlights of the film include Idris Elba and Dominic West as hostile British sea lions, Sigourney Weaver as an aquatic God and truly touching pieces of dialogue.

Finding Dory went on to gross a whopping $1.025billion worldwide, making it the highest-grossing opening for an animation in cinema history. Considering we live in an imitative world filled with sequels, remakes and reboots, it’s refreshing and meaningful to revisit a beloved and unique character who has hung onto our hearts for so long – despite forgetting that she has done so.

Finding Dory is available on Sky Cinema. Don’t have Sky? You can also stream it on NOW, as part of a £11.99 NOW Cinema Membership subscription – with a 7-day free trial.

Where can I buy or rent Finding Dory online in the UK? 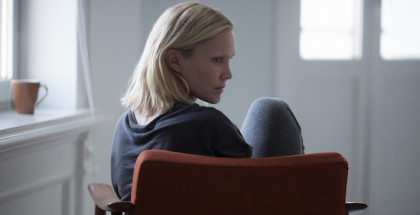