Leaves you laughing and hiding your face in equal measure.

Filth doesn’t cover half of it. Jon S. Baird’s film, based on the novel by Irvine Welsh, follows the attempts of Bruce Robertson (McAvoy) to be promoted at work. He’s a racist. A homophobe. A misogynist. An addict. A dick. He’s also a sergeant in the Edinburgh police force. Filth? That’s an understatement.

Charged with finding the murderer of a Japanese student, Bruce sets about the task in his usual way: snorting coke, shagging his mate Clifford’s (Marsan) missus and phoning her up to make abusive prank calls. Then, he gets asked to find that guy as well. The cycle continues.

Embracing the depravity of Irvine’s text, this is less a movie and more a relentless string of repulsive things being shoved in your face – and James McAvoy dives right in. He grins, he laughs and he hallucinates with a manic glee; he hasn’t been this engaging since Atonement.

The success of Filth ultimately rides on whether McAvoy’s Bruce is likeable or not. Let’s be clear: he’s not. But that’s where the film pulls its biggest punch. Even as McAvoy hints at a good side, a sad wreck with a traumatic past and a chance of redemption, he remains despicable – he’s a character to loathe or pity rather than love – yet he’s always fascinating, thrilling to watch.

The supporting cast do well to play normal opposite his hilariously inappropriate behaviour – Jamie Bell and Imogen Poots are great as his smart sidekick and a supportive female officer, while Eddie Marsan gives a wonderful against-type performance as Bruce’s spineless friend, whom he drugs into dancing with fairy lights in Amsterdam. Next to Bruce, though, they’re simply not as interesting – and as his narration makes clear from the start, it’s either him or them.

Baird picks his side and rides it like a coked-up Scotsman on the back of a pig. Dream sequences with Jim Broadbent’s doctor are genuinely disturbing, while exhilarating editing practically rubs the camera in the white stuff. In its drug-addled stupor, the only misstep is a sub-plot involving Bruce’s ex-wife, which reminds you of an equally twisted Gen X film from the 1990s. Nonetheless, this is a riveting, shocking look at modern Scotland – one that leaves you laughing and hiding your face in equal measure. It’s shameless. It’s entertaining. It’s filth. And it’s gorgeous.

Filth is available to watch online on Amazon Prime Video as part of a Prime membership or a £5.99 monthly subscription.

Where can I buy or rent Filth online in the UK? 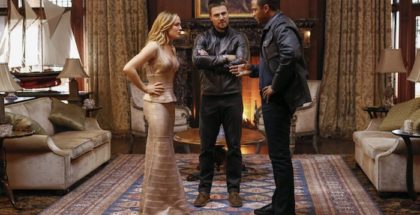