VOD film review: Fargo (1996) | Where to watch online in UK | How to stream legally | VODzilla.co

“Oh, yah!” Those two words will be stuck in your head long after watching Fargo, a film in which they’re uttered about 200 times by the wide range of Minnesotans we encounter during 90 pitch-black minutes. But nobody says that phrase more than Marge Gunderson, the police chief played with gumption and a good heart by Frances McDormand.

McDormand has gone on to become one of Hollywood’s most distinctive, consistently committed stars, from her heartfelt, optimistic presence in Nomadland to her raw, pained figure at the centre of Three Billboards Outside Ebbing, Missouri. In Fargo, it’s her bright, sunny disposition that marks her out, as she doggedly makes her way along the fringes of the Coen brothers’ darkly entertaining noir.

She couldn’t be a bigger contrast to William H Macy’s Jerry Lundegaard, a sweatingly desperate care salesman who hires two goons to pretend-kidnap his wife and hold her hostage, so that his rich father-in-law, Wade Gustafson (Harve Presnell), will stump up the cash for her return. Needless to say, it goes horribly wrong, and there’s a perverse joy in watching the best laid plans of fools inevitably turn upon their makers and rag them all down into murky depths.

Nobody here is redeemable. Wade’s wealth and arrogance are as much his undoing as Jerry’s selfish, debt-laden panic. The thugs that come between them aren’t much better: the quiet and intimidating Gaear (Peter Stormare) won’t stop at anything to get his pay, while the fast-talking Carl (Steve Buscemi) will say anything to make himself one better than anyone he meets. Ethan Coen and Joel Coen’s script tightly twists the cogs of fate against them all, while giving them delicious dialogue to play with in the meantime – not least the way that every who meets Carl can only describe him as “kinda funny-looking”.

But Marge? She’s just about the only good egg in the batch, managing to be smart, kind and generous throughout – and do all that while cracking a case and being heavily pregnant. Like her unwavering accent, she’s unfailingly polite and sincere, from her matter-of-fact approach to crime scenes to the way she gently turns away a former classmate who tries to woo her on a date. The result is as much a celebration of inherent goodness in the face of humanity’s seemingly irrepressible darkness as it is a laugh-out-loud comedy thriller. Is it really possible for a film to do both at the same time? Oh, yah. 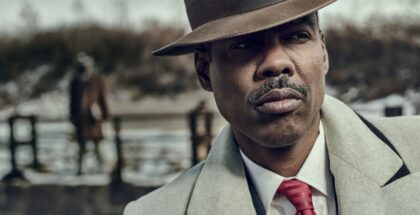 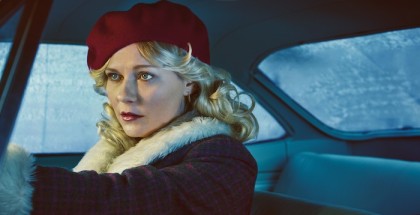