UK TV review: Bloods Season 1 | Where to watch online in UK | How to stream legally | When it is available on digital | VODzilla.co

Why you should be watching Bloods on Sky 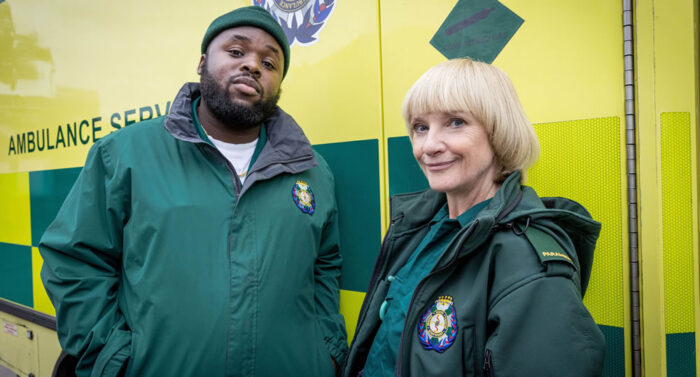 This review is based on Season 1.

Samson Kayo is one of the funniest rising stars in the UK and from Famalam and Truth Seekers to Timewasters and Sliced, he hasn’t put a foot wrong. (He also stole the show in Netflix’s Death to 2020 and will soon be seen in the streaming giant’s The Bubble.) That winning streak continues with Sky One’s Bloods, a paramedic sitcom that lives up to the borderline inappropriate juxtaposition of that sub-genre.

Kayo plays Maleek, a well-meaning and enthusiastic pandemic who has never met an emergency he hasn’t dived right into – or possibly even caused himself. Within minutes of meeting him, we see him whip out the defibrillator in response to a heart attack – and shock his colleague, Kevin (Ghost’s wonderful Kiell Smith-Bynoe), instead. When Kevin leaves him, Maleek finds himself paired with another paramedic: Wendy (Jane Horrocks), a divorcee from Nottingham.

Maleek, of course, is reluctant to bond with another partner, and styles himself as the lone-wolf maverick of the paramedic pack. But it soon becomes clear that he’s deluded about his own social standing, with Wendy immediately becoming a member of all the WhatsApp groups that Maleek has never ever heard of. And so the stage is set for a sweetly observed double-act that sees Wendy struggling to learn any kind of slang and Maleek struggling to admit his own insecurity.

It’s a strong starting point, not least because the two leads are so at home in their characters. Horrocks is adorable as the friendly-to-a-fault ray of sunshine who simply can’t see the downside of any situation – until she attracts the unwanted attentions of arrogant air ambulance pilot, Phil. He’s played by a scene-stealing Matthew Holness, who says things like “Let’s eat sky!” and sets the benchmark of surreal, straight-face silliness that surrounds our central couple – over the first four episodes, the show also introduces us to Darrel and Darryl (Sam Campbell and Kevin Garry), two paramedics with an amusing intense bromance, the ruthless commander Jo (Lucy Punch) who has her sights set on mourning veteran Lawrence (Julian Barratt), and the calculating and ambitious Kareshma (Aasiya Shah), who has an even more calculating and ambitious sister.

The result is a world where people pronounce “Jenga” as “Yenga”, where heart compressions are timed to George Ezra’s Shotgun, where cultural differences are deftly dissected with the lightest touch, and where one-liners ping back and forth with a vibrant, energetic charisma. Co-created by Kayo and Nathan Bryon (Apple Tree House), who co-writes with Paul Doolan (Trollied), the script isn’t always consistent but moves with such confidence and pace that you’ll be riding along with them with a grin on your face. At the centre of it all, Kayo doesn’t hold anything back, making his nightmarish workmate as loveable as he is annoying and as funny as he is awkward. It’s a winning performance in a series that Sky would do well to prescribe more of right away.

Bloods Season 1 is available on Sky Comedy. Don’t have Sky? You can also stream it on NOW, for £9.99 a month with no contract. For the latest Sky TV packages and prices, click the button below. 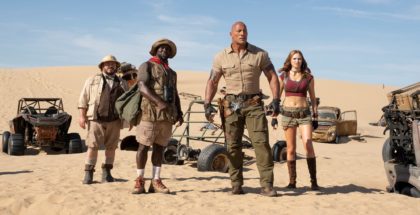 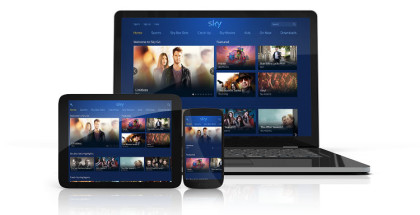 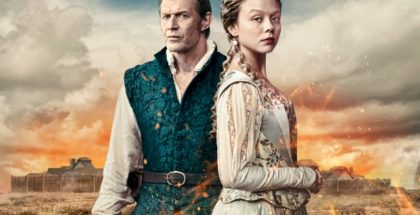 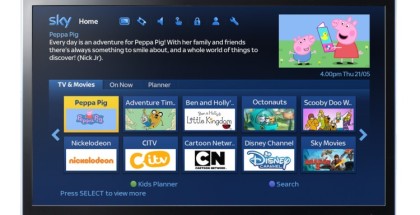