VOD film review: Escape from Tomorrow | VODzilla.co | Where to watch online in UK 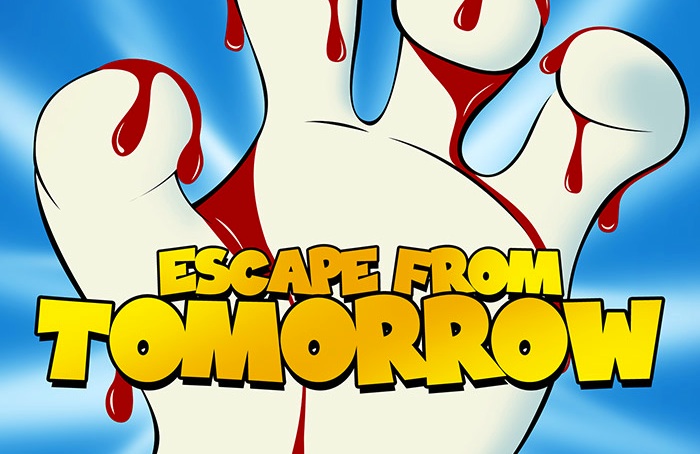 Randy Moore’s feature debut opens with a textual disclaimer insisting that it is a work of fiction, and denying any involvement in its production from either the Disney Company, the Siemens Corporation, or any of their affiliates. This might seem a strange way to begin a monochrome film that is, from the outset, very obviously a low-budget indie that at times resembles – with good reason – a holiday video. Even if Abel Korzeniowski’s score comes with a soaringly romantic orchestral quality that conjures classic Hollywood, Escape From Tomorrow is the very opposite of a corporate or studio picture. Yet from its very first images of people having fun at Disney World, with the geodesic sphere of the then Siemens-sponsored Spaceship Earth visible in the background, it becomes clear that both organisations are going to be playing a prominent, albeit involuntary, role.

Much of Moore’s film was shot guerrilla-style on location at Disney World and Disneyland, without any kind of permission or authorisation, on small digital cameras that made the crew blend in with the real tourists. Fearful that Disney would catch wind of what was going on and send in its lawyers, Moore had the film edited (by Soojin Chung) in South Korea. In the end, Disney preferred to ignore what was clearly a marginal film than to block its release through the courts, perhaps in fear of the Streisand effect. Even so, while Escape From Tomorrow hardly represents a direct attack on Disney, it certainly works overtime to undermine the company’s carefully controlled image of wholesome family fun, right from that opening scene with its roller coaster ride that ends in an abrupt decapitation.

“What? I don’t understand,” says Jim White (Roy Abramsohn), dressed only in his boxers early in the morning on the balcony of his hotel room. “Jim, listen to me,” says the voice on the other end of the phone, “Don’t let your imagination run wild. It’s a transitional period.” It is Jim’s last day at Disney World with his wife, Emily (Elena Schuber), and their children, Sara (Katelynn Rodriguez) and Elliott (Jack Dalton), and he has just been fired over the phone. This is, in other ways too, a transitional period for our schlubby hero. Middle-aged, overweight and in a sexless marriage, Jim is an adult in a place of entertainment for children, dreaming about what might have been as his gaze and thoughts stray to a pair of much younger, carefree French girls (Danielle Safady, Annet Mahendru) whom, throughout the day, he will creepily stalk through the theme park, in search of his own lost, perhaps irrecoverable, youth. When Jim finishes the phone call to his boss, Elliott locks the balcony door on him and, in an Oedipal act, takes his father’s place in the bed beside the sleeping Emily. Jim’s exclusion foreshadows alienation and entrapment to come.

For the rest of the day, as this dysfunctional clan wanders and separates and bickers its way through various family attractions, Jim will, despite his boss’s words, let his imagination run wild. Whether he is suffering one of his regular ‘blackouts’ to which his wife alludes, the nervous breakdown of a midlife crisis, the effects of excessive alcohol, the febrile ravages of ‘cat flu’, the enchantments of witchcraft, or the mental manipulations of a decades-long corporate conspiracy, Jim is in for one hallucinatory ride. He sees through the looking glass to the park’s more sinister side, and to the different life – with sexier wife, without son – that he wishes he had. Inevitably, Jim’s priapic perspective ensures an incongruously sexualised view of all the children’s amusements. In this place of dress-up, dreams and delusions – where even the turkey legs on sale aren’t made from turkey – princesses, nurses and mothers, as well as those two French girls, all become objects of Jim’s frustrated fantasies. The tomorrow that Jim is trying to escape – a future of unemployment, unhappiness and emasculation – he proves unable to stave off with his increasingly regressive behaviour or his retreats into the imagination, while his repeated jokey simulations of suicide point to an alternative way out that is obviously on his mind.

So Escape From Tomorrow is a narrative of psychogenic fugue, as Disney World becomes a grown-up playground in which Jim grows ever more disoriented and estranged from himself. “Bad things happen everywhere,” says the unhinged mother/witch/princess (Alison Lees-Taylor) Jim encounters. “Especially here.” For it turns out that, behind all the false smiles and forced cheer of this strange fairytale kingdom, there are real lives filled with disappointments, disease and death – and each new generation of children is doomed to enter the altogether less magical realm of adulthood. Taking the Mickey out of Disney’s rose-tinted worldview, while also offering a rollercoaster ride through the psyche of a man losing his head, Moore’s film paints a trippy picture of misery repressed and mortality sanitised. It’s an astonishing debut.

BBC Three’s The Break returns with stories from Northern Ireland 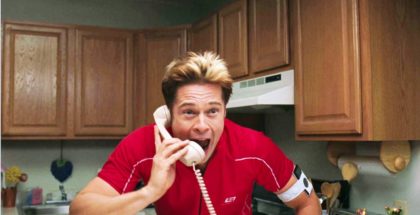