VOD film review: Bombshell: The Hedy Lamarr Story | Where to watch online in UK | How to stream legally | When it is available on digital | VODzilla.co

Eclectic use of file footage

This inspiring documentary sees past Hedy Lamarr's cinematic glamour to her hidden invention.

Near the beginning of Bombshell: The Hedy Lamarr Story, it is casually stated that the Austrian actress inspired the iconography of both Disney’s Snow White and the comicbook Catwoman. While the latter claim is debatable – Catwoman creator Bob Kane has said that Jean Harlow was more his muse – there is nonetheless an appealing symbolism in the suggestion. For like ‘the Cat’, Lamarr led a double life: adored for her beauty and glamour, while ignored (even by several of her husbands) for her brains. After, aged 18, appearing nude – and also simulating orgasm – in Gustav Machatý’s Czech-Austrian film Ecstasy (1933), it would be Lamarr’s curse always to be reduced to her body, and to be both pawed over, and dismissed, as sexually suspect goods. Yet once she had come (as a Jewish refugee) to Hollywood in 1938, she would divide her time, by day putting in absurdly long hours to fulfil her slavish contract to Metro-Goldwyn-Mayer, while by night working on her inventions at home.

One of those inventions – “a radio-controlled torpedo” that she designed with the musician George Antheil to help the British navy in its war effort against Germany – included a signal encryption method (known as “frequency hopping”), which, while rejected and mothballed by US intelligence at the time, was shortly thereafter put to use by the navy without any acknowledgement of Lamarr, and has led to technology still used today in GPS, Wi-Fi, Bluetooth and military satellites.

So, while Lamarr was being paraded to sell war bonds, and starring in films (such as 1942’s White Cargo and 1949’s Samson and Delilah) that perpetuated her image as a deadly exotic temptress, her very real contributions to the fields of engineering and radio signalling were overlooked until shortly before she died, decades later. By then, though, she had become a recluse, and a disfigured victim of an entertainment world that was obsessed with looks and unable to forgive a woman for the crime of ageing. Even the name Lamarr was adopted in 1938 to disguise her real surname, the more Germanic sounding Kiesler. The actress’ image was a construct that in many ways distracted from her reality as a person.

This dichotomy, between the emptiness of glamour and the great power of intellect, is what propels Alexandra Dean’s debut documentary. Unfolding more or less in chronological order, from Lamarr’s early family life in Vienna to her lonely death in Florida in 2000, Bombshell recruits her various biographers, surviving descendants, scientists, journalists and entertainment industry insiders to comment on the complexities and contradictions in her life – or, as her son Anthony Loder puts it: “She had so many sides and so many faces, even I couldn’t understand who Hedy Lamarr was.”

Dean is particularly adept at carefully choosing clips from Lamarr’s filmography so that they seem perfectly to underscore the vicissitudes of her real life – and at highlighting the different ways in which Lamarr kept on being a pioneer (and proto-feminist), whether in becoming one of Golden Era Hollywood’s first female producers, or in seeing Aspen’s potential as a European-style ski resort, or even in coming up with ways to conceal the scars created by plastic surgery.

The result is a portrait of a woman who not only lived through tempestuous times, but did so very much on her own terms – even if those terms were not always recognised by a public interested only in her appearance and sexed-up reputation. The name of the independent production company – Reframed Pictures – with which Dean made Bombshell, also describes the first-time director’s methodology, as she gets viewers to see past the superficies of cinematic image to a more complicated and compelling truth.

Bombshell: The Hedy Lamarr is available on BBC iPlayer until 10th March 2021

Where can I buy or rent Bombshell: The Hedy Lamarr online in the UK? 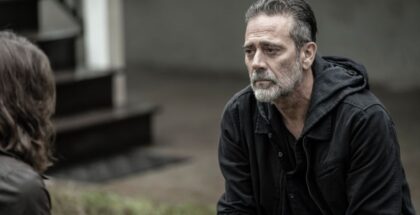