VOD film review: Aniara | VODzilla.co | Where to watch online in UK | How to stream 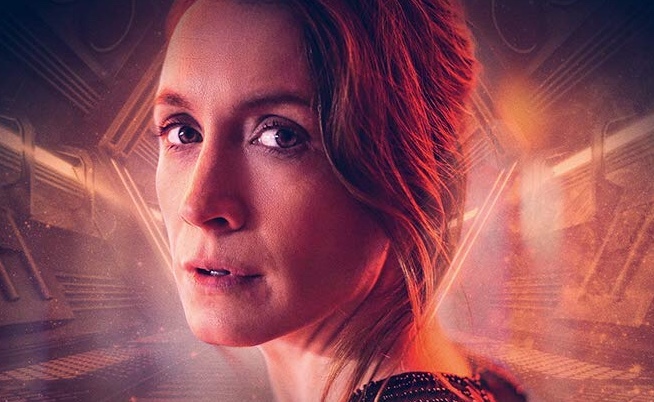 Bleak themes of humanism and nihilism

Drifitng through the air in 2018 was clearly a very particular anxiety about the direction and decline of human society. In that one year, Kim Ki-duk’s sociopolitical allegory Human, Space, Time and Human (Inkan, gongkan, sikan grigo inkan) saw a warship-turned-cruiseliner mysteriously lift off out of the water, trapping its mismatched passengers aloft in an insular apocalypse of their most avaricious, competitive and violent instincts, and Claire Denis’ High Life traced the sexual repression and mounting aggression among a crew of prisoners on a one-way mission through space to a black hole. These two films imagined an airborne post-millenial ark that also served as metaphor and microcosm, revealing the tensions within a humanity running on empty and counting down the days to its own ruin. Perhaps the best film falling into this class of 2018, however, is Pella Kagerman and Hugo Lilja’s bleak sci-fi Aniara, adapted from a 103-canto poem of the same name published in 1956 by Swedish Nobel laureate Harry Martinson.

As Earth is being terminally ravaged by environmental degradation, a huge spacecraft heads off on what is supposed to be a three-week voyage, taking its wealthy passengers to resettle permanently on a Martian colony. The Aniara is like a luxury ocean liner, filled with restaurants, playgrounds, gyms, dance floors and other distractions – and while one of these, the ‘Mima’, might initially attract little interest from the other passengers, we can tell from the way its operator, the ‘Mimarobe’ (Emelie Jonsson), rushes to it as soon as she boards the vessel, that its soothing reconstruction of users’ Earth memories are highly addictive. The Mima halls are the ultimate place of refuge and escape on board.

When an accident sets the Aniara off-course into deep space, the Mima suddenly becomes an essential emotional crutch and therapeutic aid to the traumatised people on board – but it soon crashes, overloaded and contaminated with its users’ agonised feelings. As hours turn to days turn to weeks, months and years, the Aniara becomes its passengers’ “own little planet”, with shifting politics and religions. Captain Chefone (Arvin Kananian) arrogates autocratic powers to himself, orgiastic cults develop and, in shades of Bong Joon-ho’s Snowpiercer, a system of hierarchical stratification emerges.

Amid all this, the Mimarobe establishes a family with pilot Isagel (Bianca Cruzeiro) and a young child, and tries to construct a replacement for Mima – “a substitute”, as her cynical friend The Astrionomer (Anneli Martini) puts it, “for a substitute” – but hope is hard to maintain on an endless path to nowhere.

An ode to entropy and emptiness, Aniara encapsulates the human condition as an aimless wander towards nothing beyond our own mortality, with time to fill in between. It is also a reflection on art and memory as the viaticum that keeps us going – and sane – in desperate, increasingly intolerable circumstances. It may set the viewer in the vast gulf of the heavens, but the film captures all too confrontingly our own fragile existence adrift here on Earth – and in keeping with its source, it is also a space odyssey of a decidedly poetic persuasion, abstracting the fears and frustrations, loves and betrayals, alienations and unhappinesses, of everyday life.
The word ‘aniara’ is the feminine form of an Ancient Greek adjective meaning ‘grieved’ or ‘distressed’. That perfectly describes the state that the Mimarobe is in, along with her fellow travellers, for the duration of their journey. For this floating hotel is like a very adult version of the starliner Axiom from Andrew Stanton’s WALL-E – all at once a dwindling ecosystem and a sealed sarcophagus whose residents, no matter which way they look – into the mirror, at the flickering shadows of half memories on the wall, or out into the void of darkness – slowly discover that there may be nothing to see. 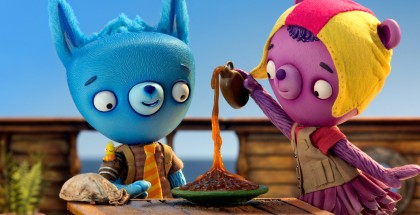 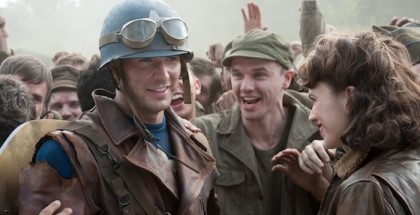 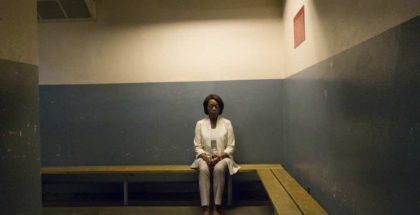 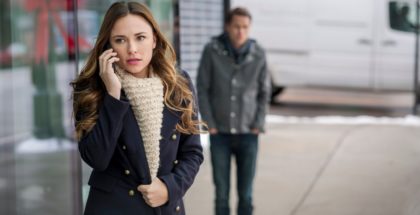