YouTube unveils slate of new and returning originals | Where to watch online in UK | How to stream legally | When it is available on digital | VODzilla.co

YouTube has ordered five new European series as the online video giant looks to expand its slate of originals.

Given the green light this week include Virtually History, a special that takes a personal look at the 30th anniversary of the fall of the Berlin Wall through the eyes of those with family members connected to the moment in history, and a new science show from BBC Studios.

The School Of… is a UK series that sees the hugely successful YouTube philosophy channel The School of Life collaborate with a group of the world’s most interesting and diverse YouTube creators to explore some of the greatest philosophical questions of our age. In a series of stand alone films that includes titles like ‘Should I Marry Someone I Don’t Love?’, ‘Will The Next Picasso Be A Robot?’ and ‘Is Democracy Dangerous?’, the creators tackle the subjects in a relatable and impactful manner, encouraging their audiences to see each topic in a whole new light. Creators featured in Season 1 include The Martinez Twins, Hannah Stocking, Luzu, Lady Leshurr and Adam Saleh. It premieres this October.

Virtually History, premiering 6th November, is created in partnership with Remarkable TV (part of EndemolShine UK). The 30 min special is launching on the 30th anniversary of the fall of the Berlin Wall brings an immersive new way for history to be brought to life. Three people with a family connection to the Berlin Wall and three YouTubers will be transported back in time through the power of VR, to experience what is was like to live through this unprecedented moment in European history. Three photographs depict a different and important moment in the history of the Berlin Wall will be recreated in stunning VR and offer a very unique and emotional lens on the powerful human stories that lie behind the history of the wall.

The Edge of Science, premiering December, is produced by BBC Studios Science Unit, Colin Furze and other passionate YouTube science creators team up with Cambridge University scholar, podcaster and writer Rick Edwards to put the most ‘out there’ ideas in science to the test in an ambitious range of stunts and experiments. Groundbreaking and pioneering, this special will explore the science behind levitation investigating whether science can make the impossible possible. Our intrepid team head off to meet the scientists behind cutting edge research into acoustic and quantum levitation and put their theories to the test, with a range of stunts that will challenge our understanding of the world as we know it. They’re even going to attempt to break a world record along the way.

The Edge of Science will premiere on the BBC Earth YouTube Channel.

From the USA, The Gift: The Journey of Johnny Cash, premiering 8th October, had its world premiere at SXSW 2019 and was created with the full cooperation of the Cash estate. Rich in recently discovered archival materials, it brings Cash the man out from behind the legend. Taking the remarkable Folsom Prison recording as a central motif and featuring interviews with family and celebrated collaborators, the 90-minute documentary explores the artistic victories, the personal tragedies, the struggles with addiction, and the spiritual pursuits that colored Johnny Cash’s life.

In the coming months, YouTube will also roll out a new Latin America-focused slate at Brandcast Brazil and Mexico. Two of YouTube’s most popular series, Liza on Demand and Impulse, will also return for their sophomore seasons.

Liza on Demand Season 2 premieres on 25th September, with Season 1 now available for free for a limited time. 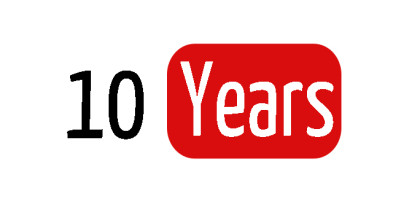