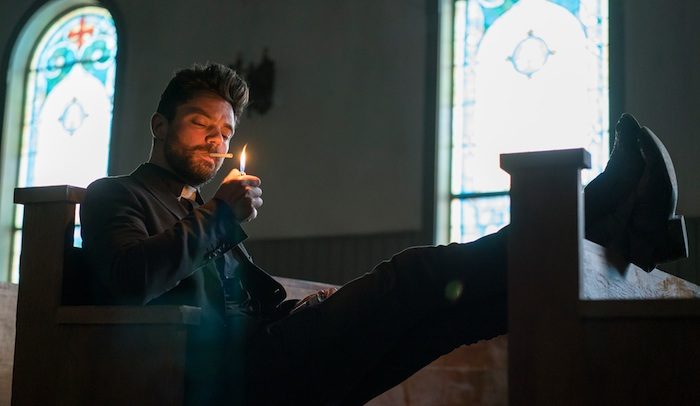 The title of Preacher Episode 7, He Gone, may refer to Jesse’s casting out of Eugene, but it just as simply fits the preacher himself. Cocooning himself in his own type of righteousness, enforcing a mix of coldness and denial, Jesse becomes lost in guilt – and lost in general. His flimsy justifications for his actions – never admitting he’s losing control – are compounded by other problems plaguing the town.

One of those problems comfortably puts the almighty preacher in his place.

Odin Quincannon, either free from or smarter than Genesis’ control, demands the church as payment for the bet he lost (or did he?). Quincannon’s unpredictability triggers Jesse’s newfound reliance on the powers imbued by Genesis. Custer believes he cannot be beaten – not by angels, and not by man. But as the closing seconds of the episode question: what will it take to prove him wrong?

It’s a milestone episode for Cassidy, who finally reveals his true nature to Custer in the hope of making a statement about the evil in all mankind, disguised as a statement about what a fun-loving, wacky guy he is.

One fire extinguisher later and Cassidy’s fate remains uncertain; although we’ve seen him recover from some pretty nasty injuries so far, his supernatural reactions have yet to really be tested. In Garth Ennis’ mind, it seems every supernatural-entity needs a bloodthirsty drug-addict to keep them grounded and smiling.

Overall, the episode deals in absolutes, as its protagonist discovers he cannot. Previous episodes have tried their hand at displays of Jesse’s torment and feelings of obligation towards Genesis, but He Gone finally catches the idea perfectly in the crosshairs. The episode revolves around the loss of Jesse’s certainty. Unsure if God is guiding him, he has returned to his violent, short-tempered ways and is now being faced with another lethal situation.

Dominic Cooper has an episode of subtle, almost-silent brilliance here, with the supporting cast doing much the same, caring for and fearing Custer in equal measure. Cooper and the show’s creators put forth a man who can’t tell right from wrong, in a town where the two are hideously intertwined. Forgoing the homemade bazookas and vampiric bloodlust for vanilla extract and fatherly advice, Preacher never loses its edge – it’s raw, grimacing drive – but executes an episode where a family meal is the centrepiece for the struggle of man.

This is gripping, thoughtful, twisted television – and it’s only going to get wilder.

Why you should be watching Stranger Things on Netflix UK 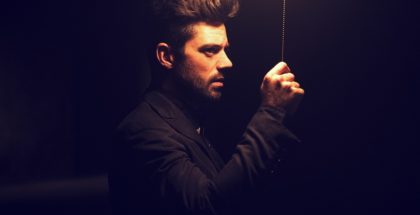