Homeland's seventh season gets off to a provocative, paranoid start with an unabashedly topical twist.

“Everyone’s confused and disoriented. Everyone feels paranoid.” That’s Carrie Mathison (Claire Danes) in Season 7 of Homeland, which doesn’t so much tip its head to current events as lower his head, put on a helmet and charge at it like a bull.

It’s almost hard to believe that the CIA thriller has made it this far, out the Brody conspiracy of its opening seasons and through to the other side, turning noble veteran Saul (Mandy Patinkin), sinister power-player Dar Adal (F Murray Abraham) and Danes’ unbalanced but good-hearted Carrie into a trio of secretive lead characters, each one deceiving and outmanoeuvring the other, while still remaining oddly loyal. It’s a complex web of shifting trust and suspicion, one that has managed to keep going through the sheer power of routine: a new threat arrives, Carrie goes rogue, Saul reins her in and Dar does some dodgy deals. Wash, rinse, spy, repeat.

That recipe showed its first signs of growing stale in Season 6, as President Keane (Elizabeth Marvel) entered the White House, a clear attempt at imitating Clinton’s race to the Oval Office. But when Donald Trump happened, the writers performed an audacious U-turn, steering the series towards its most relevant storyline yet, one that left Carrie and Quinn facing off against a troll farm that was deliberately poisoning the news and public perception. Homeland went from feeling out-of-date to feeling rooted in the present in 13 thrilling episodes. Season 7 goes one step further: this is like watching the near future.

Picking up almost directly after Season 6’s finale, which saw General McClendon (Robert Knepper) try to assassinate the President-elect, the landscape has changed dramatically: Carrie is no longer working for Keane, who has responded to the threat on her life by arresting everyone in the intelligence community she doesn’t like – a crackdown under the mask of anti-corruption that is straight out of the Fake News playbook. Saul is now one of 200 officers behind bars, much to Carrie’s disgust, and she’s out of the game, but trying to find a way to get them freed and oust her POTUS.

Of course, she’s always been a figure on the outskirts of the community, breaking convention and standing up to the proverbial system. And so this season kicks off in brisk style as she does what she does best: make irrational decisions, often while holding a gun, and setting up shadowy meetings with any contacts she can find – in this case, US Senator Paley (Dylan Baker), FBI agent Dante Allen (Morgan Spector) and good old Max (Maury Sterling). She’s gone from trying to defend her nation to trying to advocate for security service leaks.

Indeed, Carrie’s position as a conspiracy theorist, desperately trying to prove things a conspiracy in practice, now aligns her almost with Brett O’Keefe (Jake Weber), the right-wing online nut who spends his days raving on camera to anyone who will listen. If that sounds like a contrived bit of writing, that’s precisely why this seventh run of Homeland is provocatively gripping: O’Keefe’s role is something that the series still (correctly) presents with condemnation, making sure his xenophobic bigoted views are on display, which only reinforces the unnerving way that things are no longer black and white in the intelligence world: Carrie’s illegitimate spying is no longer done on foreign enemies, but on domestic authorities.

All of this, of course, puts Carrie in conflict with her sister, Maggie, and her husband, Bill. Every time she does something reckless, they call her out, worried it’s a symptom of her mania rearing its head again. Danes plays her part with as much commitment as ever, flaring her nostrils as wide as her eyes will go and raving rapidly whenever she’s onto something. But there’s the underlying knowledge in real life that she’s not imagining things. “Do not make this about my illness,” she insists, with lucidity. “This is actually happening.”

Indeed, Carrie is only as disoriented as everyone else: the thing she fought for, and saw loved ones die for, has become something else – a rug-pull that has left her, as the opening shot suggests, simply running on a stationary treadmill to try and keep up. The resulting personal tension is an effective way to explore the professional paranoia that has now become more explicit than ever; Linus Roache, who impressed so much in Vikings as the ruthless King Ecbert, is relishing the chance to play nasty as White House Chief of Staff Wellington, while the potential for Saul’s influence to move in a surprising direction opens up all kinds of challenging, confusing questions. This is a world where compromises are demanded of even the most stoic of people, where administrations don’t hesitate to get their hands dirty, yet make sure they’re wearing gloves when they do it, and where enemies of the state are capable of being bumped off in clear view.

After six seasons of a familiar formula, Homeland’s seventh season feels like a brand new chapter of claustrophobia and fear – a consciously altered state of affairs that pushes characters, plots and power into unfamiliar places. Same old Homeland; different country.

Homeland Season 7 is available on Netflix UK, as part of an £8.99 monthly subscription.

Where can I buy or rent Homeland Season 7 online in the UK? 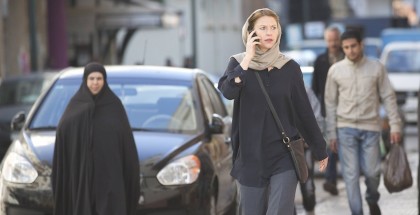