Amazon UK TV review: Mozart in the Jungle Season 4 | VODzilla.co | Where to watch online in UK 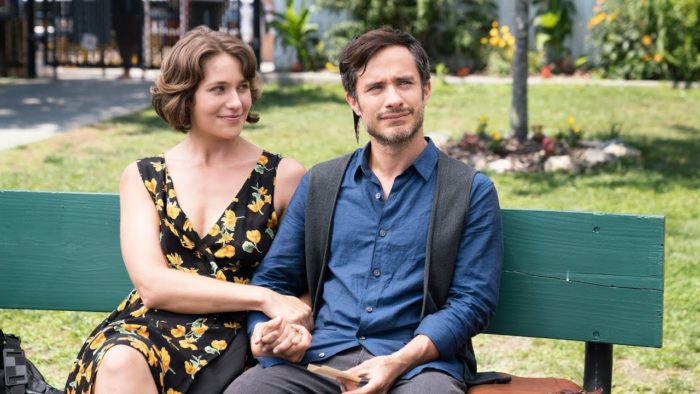 “Violinists don’t cry! Violists cry, do you want to be a violist?” That’s Winslow (Wallace Shawn) in Season 4 of Mozart in the Jungle, as his irascible pianist helps mentor a group of school kids. It’s the kind of joke that sums up exactly Mozart in the Jungle’s appeal, one that’s far too niche to break out into the mainstream, but just niche enough to remain unique. Four seasons in and the fact that we’re now seeing a tiny side character helping out in a brand new youth orchestra is testament how much the series has grown and developed beyond its initial premise, without losing its sense of identity.

The youth orchestra, inevitably, is the latest brainchild of Rodrigo DeSousa (Gael Garcia Bernal), everyone’s favourite sexy conductor, who continues to bring chaos to the New York Symphony orchestra – much to the frustration of Gloria (Bernadette Peters), the chair of the board trying to stop the ceiling from literally caving in. He announces it on the very evening they’re trying to raise funds from donors, with the kind of boyish enthusiasm that Gael Garcia Bernal brings to his lead – and Peters’ aghast reaction is full of the hilarious exasperation that makes her his ideal foil. Just seeing them interact is a joy that should put Mozart in the Jungle at the top of your to-watch list.

Except, of course, this dramedy – created by Roman Coppola and Jason Schwartzman and inspired by Blair Tindall’s memoir of the same name – isn’t at the top of your to-watch list. That’s because instead of trying to step up the drama or conjure up cliffhangers, it’s too busy pursuing its own interests, which range from murdering robots and hallucinating about famous musicians to drunken karaoke and tripping out on tea in Japan. This isn’t the show where a dead body appears or a major twist occurs: this is the show where Malcolm McDowell turns up and starts playing music on a motorcycle.

McDowell’s Thomas, former conductor of the New York Symphony, is still having the time of his life after four seasons, running around swearing at any character he likes with rambunctious abandon – and his candid, steamy relationship with Gloria is another highlight that has lost none of its sultry (or silly) spark. But for every giggle he inspires, he also represents the Mozart in the Jungle’s distinct voice: this is a series that dares to treat classical music seriously, even as it relishes the chance to push the boundaries of its definition. Four seasons in and the programme regularly devotes entire passages of episodes to simply watching musicians perform – motorbike or no – and allowing the mellifluous visuals to flow in time with the piece.

As you’d expect from a TV show with this title, the soundtrack remains impressive and impressively diverse. There’s Beethoven in there, Bach, some Chopin, and a whole heap of modern compositions, which incorporate plant pots and deliberately disjointed rhythms. Some of it you might like, some of it you might not, but they’re united in the way that they all mean something to the people performing it. It’s not just about plot, as the New York Symphony struggles to bring in enough money to keep running and repair the building, or as Thomas is wooed to another orchestra, just as Gloria is potentially tempted away by an offer to manage the Guggenheim. It’s also about character: the music is frequently used to express feelings, thoughts and frustrations, let alone affection and warmth. In an age where music is so often an accompaniment for surface style on TV, Mozart in the Jungle makes the music the main focus, even when that involves Debra Monk’s oboe veteran Betty and Peters joint singing These Boots Are Made for Walkin’.

Bernal’s Rodrigo is at the very core of that musical harmony of character and story, as his character is defined and shaped by what he’s playing – or what composer he’s imagining talking to. He flits from the orchestra to a solo ballet with irrepressible earnestness, a sincerity that has become the bedrock of the programme. It’s no wonder that when the series takes us on the now-obligatory road trip to a foreign country halfway through (Tokyo), he’s besieged by starstruck fans. He’s contrasted, fascinatingly, by WAM (named after Wolfgang, naturally), a robot conductor invented by a Japanese benefactor, Fukumoto (played with a stubborn intensity by Heroes’ Masi Oka). Can a robot ever conduct something perfectly? And, if it can, could that ever compete with the flaws and imperfections that human emotion brings to interpreting music?

These aren’t the kind of questions that drive water-cooler debates at work, after you’ve binge-watched the whole season – its half-hour episodes and easygoing tone make Mozart in the Jungle impossible not to devour – but they are the kind that make for excellent characters and quietly profound themes. The cast delicately pluck at them with real resonance, particularly Lola Kirke, who shines again and again as oboist Hailey. Now in a relationship with Rodrigo, her up-and-coming star could easily be swallowed by the star power of Bernal, or, indeed, the Maestro himself, but the show has long made that fact a central part of its narrative.

After three seasons of impressive oboeing (it’s a word, honest), Kirke’s infectiously winning musician has graduated to co-lead in this finely tuned ensemble, and she fittingly makes the transition from the wind section to the podium out front. Conducting was something Hailey began to try in Season 3, and here, she blossoms into it, mentored by Thomas – and sabotaged by Rodrigo’s well-meaning input. It’s a journey Kirke, a talented musician herself, sells with utter believability, making moving her arms about in front of an orchestra as much a display of character as a piece of dialogue; there’s happiness, anger, passion and fear in her gestures, which are juxtaposed tragically, and upliftingly, with Saffron Barrows’ cellist, Cynthia, who is facing a future where may never play professionally again, due to a wrist injury.

Expressing oneself through music repeatedly serves as the climax for each episode, and therein lies the reward for watching Mozart in the Jungle one album at a time: we get to see Hailey (still pronounced “Hai Lai!” by Rodrigo, you’ll be pleased to note) discover herself over and over in new ways, both through playing music and conducting music. Likewise, we see Rodrigo, who becomes entirely adrift by the end of the season, feel more composed than ever, as he moves from reckless stunts to a real love of passing the baton on to future generations and stars.

It’s all deftly balanced to give every player their 15 minutes in the spotlight, as they each try to move out of one another’s orbit to focus on themselves, before giving themselves back to each other with endearing, entertaining chemistry. You’ll laugh, you’ll cheer, you’ll swoon over music you’ve never heard before – and come the finale episodes, whether you’re a viola player or not, you’ll definitely cry. What an absolute treat this programme is.

Season 1 to 4 of Mozart in the Jungle are now available exclusively on Amazon Prime Video, as part of a £5.99 monthly subscription. 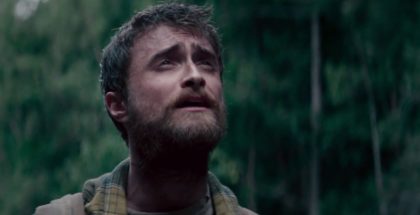