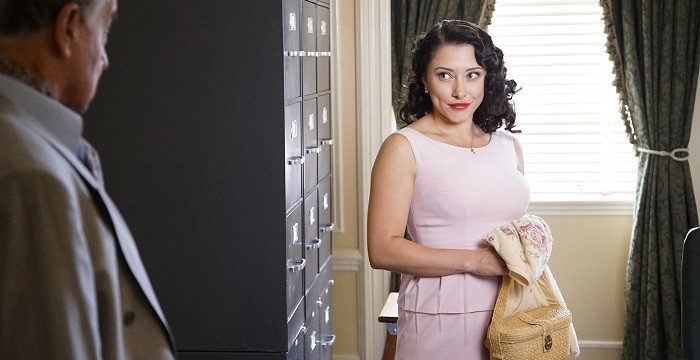 Blows the bloody doors off with a full-on screwball caper.

This is a spoiler-free review. Read on at the bottom for additional, spoilery analysis.

Last summer, Marvel Studios proved their capering credentials on the big screen with Ant-Man, a heist movie with a super-powered twist. As usual, Agent Carter doesn’t have any superpowers to show off, but continues to deliver equally stellar results.

As the title suggests, The Atomic Job involves a heist. A stolen piece of evidence about the Jane Scott murder from Episode 1 gives Dr. Wilkes a brush with tangibility, but Whitney’s already much further along, coming to the conclusion that she needs an atomic bomb, in order to recreate the original conditions that created zero matter, so that she can cement her power. The Roxxon Warehouse has a couple lying around and Peggy aims to disarm them, before they can be stolen for Whitney’s nefarious ends.

It’s as straightforward as that, but after a couple of weeks on the back-burner, the show really puts its foot down for this one and the result is the most entertaining episode of the season thus far. The heist tropes are duly wheeled out and either subverted or leant upon heavily – there’s a riff on Reservoir Dogs’ slow-mo walk set to Pistol Packin’ Mama by Bing Crosby and the Andrew Sisters that leads to a predictable (but no less hilarious) punchline, once time catches up.

In addition to stalwarts Mr. Jarvis and Chief Sousa, there are expanded roles for Rose (Lesley Boone) and Samberley (Matt Braunger), both of whom have appeared sparingly as the SSR’s front-of-house woman and obnoxious technician, but flourish when given field work. The wonder of the chemistry between Hayley Atwell and James D’Arcy is that it’s not at all delicate and can seem to adapt to all-comers (most often Enver Gjokaj and/or Dominic Cooper), but you’ve seldom seen an ensemble run so smoothly, as the ramshackle crew that comes together here sports a generous comic rapport going between all of the co-stars.

It hasn’t ever made sense that Agents Of S.H.I.E.L.D. is the show with Team Whedon behind it, when this show seems so much more like one of the Ginger One’s brain-children, but The Atomic Job feels as if it comes from a very specific vintage. With the expanded cast, it’s like an episode of Buffy The Vampire Slayer circa Season 2, with the SSR crew standing in for the Scoobies, as they form a plan and work together to stop the Big Bad’s latest whim.

It seems as if the episode’s going to peak early on – a superb comic sequence, which sees Peggy goes undercover at the office of Hugh Jones (Ray Wise) with a handy bit of mad tech, gives us a progressively funnier and funnier recurring joke – but writer Lindsey Allen and director Craig Zisk keep it going for the remainder of the hour. It’s no slouch on plot, either; there’s a lot to get through here and the somewhat wackier tone comes to a sharp point by the episode’s end.

Tonally, The Atomic Job is a full-on screwball comedy caper that still makes its way through some more hefty plot development than we’ve seen in the last few weeks. The comedy has gotten a little more farcical overall in Season 2 and the broader tone might not appeal to everyone, but it’s hard to begrudge anything in what is the funniest, fightiest and, frankly, the Buffiest episode of Agent Carter yet.

– “You arrogant plonker.” I would happily have watched another half hour of Peggy zapping Hugh Jones’ memory over increasingly smaller intervals of time- the multiple recalls of his encounter with Peggy in the previous season, intercut with her searching his office and then braining him with the memory inhibitor was pure comedy gold.

– Also in the comedy stakes, we meet Ken Marino as Whitney’s ex and mobster Joseph Manfredi, exhibiting a fearsome temper as he makes a chest-beating display of power to his old squeeze’s new beau, Calvin Chadwick. He’s in a more dramatic “De Niro in The Untouchables” mode here, but the casting of Marino is an unusual one that pays off; his screen presence makes him memorable even in just a short scene against type, and we’re fascinated to see where they’re going with him from here.

– Poor Chief Sousa proposes to his nurse girlfriend Violet (Sarah Bolger), only to lose her by the end of the episode, after his bedside manner gives away his feelings for Peggy. If this is the last we see of Violet, she’s been given slightly short shrift – we never believed that Sousa had eyes for anyone other than our Peg anyways.

– Also reminiscent of Buffy in this episode, Peggy winds up on the business end of a loose rebar, a fate that befell Cordelia back in the day. As in that case, it’s a non-fatal impalement, but it nevertheless packs a surprising wallop in an otherwise zany episode. The only letdown we see is that Peggy and the gang get away from the warehouse to the safety of Howard’s mansion a little too easily right afterwards – it’s not entirely unconvincing, but it might leave you asking why Whitney didn’t just kill them then.

– “These adventures are only enjoyable if you return from them.” Jarvis sets the tone for the decidedly darker ending of the episode – Peggy is gravely injured, Chadwick is gathering the Council of Nine for inevitable badness, and Jason brutally fades back into intangibility. Looks like a solid low-point in the middle of the season to me. 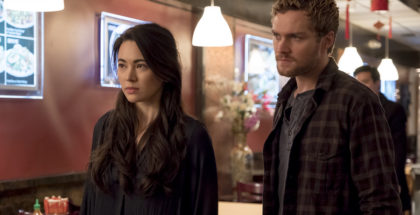 One of your favourite Jessica Jones characters will return for Netflix’s I... May 24, 2016 | Staff Reporter 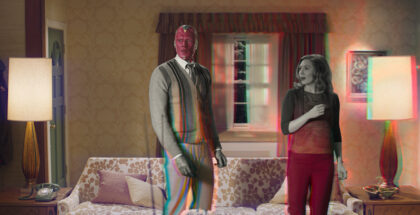