First look TV review: Voltron: Legendary Defender Season 2 | Where to watch online in UK | How to stream legally | When it is available on digital | VODzilla.co 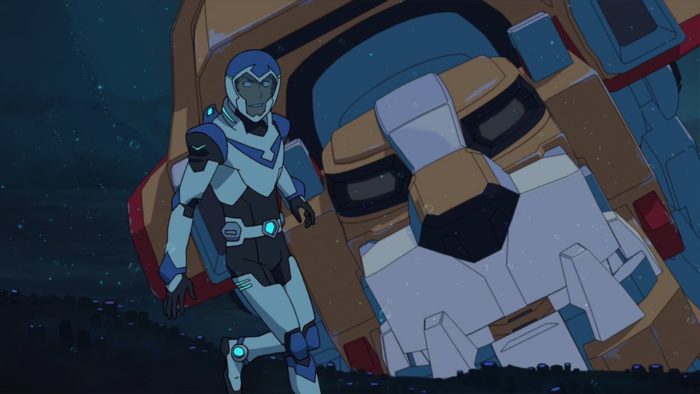 Warning: This contains spoilers for Season 1. Not seen the first season of Voltron? Read our review here.

It was hard to know what to expect from the second season of Voltron: Legendary Defender. The first season was excellent, but it was a huge departure from the Avatar series, on which many of the production staff previously worked. For those who don’t know, Voltron: Legendary Defender tells the story of five young heroes or ‘Paladins’, who pilot five robotic lions to form the titular robot, Voltron. They defend the universe from the evil Galra and their cruel emperor, Zarkon. Think Star Wars meets Power Rangers. While the first season touched on similar themes to its spiritual predecessor, the size and scope of the setting, as well as it being a reboot, make the DreamWorks show a bit of an unknown quantity.

As the first episode begins, we find the gang exactly where we left them. The castle is being sucked into a corrupted wormhole, thanks to a Galra super-weapon, and the five lion robots and their Paladins are hurled into the corners of space, leaving Princess Alura and aid Karan headed for goodness knows where in a menacing black hole. It’s a familiar setup many ensemble shows, especially cartoons, have pulled; this tick where the main characters are separated to have their own little vignettes, which often allows for a healthy bit of exposition and character growth. It isn’t necessarily a bad move, but one of Voltron’s greatest strengths is its characters, who may be a little clichéd, but are most entertaining when they all interact together in the same scene. Thankfully, the gang soon get back together to fight evil, explore the universe and make some new friends.

The first episode of the new season sees leader Shiro and hot-head Keith stranded on a desolate planet and besieged by vicious alien creatures. An interesting aspect of this episode is the way Shiro deals with an injury he received at the end of Season 1, and we get a glimpse of what the Voltron team would look like without Shiro as its leader. It also gives Keith a chance to once again show off some badass moves and get into action in the same Red Ranger-esque way that defined him last season. On the quieter side of things, Pidge, the female Paladin, is stuck in a floating junk yard. She’ll have to rely on her wits and some cute, fuzzy space critters to end her solitude. Pidge’s scenes are fun, with an amusing Castaway homage, which gives us an insight into what she thinks of the other characters. But it’s hard to get on with her narrative in this episode as it feels a bit patronising – when the people behind this show have brought some of the best female leads to animation, it’s a bit disappointing to see Pidge relegated to such a twee storyline. The other third of the story sees Alura and Karan caught in a time altering scenario that has no impact on the wider story, although it does add an enjoyable dash of mild peril and comic spice to proceedings.

The second episode is certainly an improvement, with a nice, self-contained, undersea adventure starring Lance and Hunk, as they crash land in an alien kingdom where all is not as it seems. There’s a cool bit of action featuring the lions fighting solo and a hint of where the true power of Voltron lies. The scope of the show is done justice, with yet another well-realised alien world being explored to great effect, and the wider universe is given another layer of intrigue. This episode is also a nice echo of the Star Trek animated series, also available on Netflix, and Lance is more than a little Kirkish towards the mermaid aliens – but while he is the same sleazy goofball from the previous season, he’s also capable, a character that’s less prat and more Chris Pratt.

The third episode serves the wider story arc in a more explicit fashion, featuring the team discovering an unlikely ally, some of the best robot action of the entire show and a wonderfully tantalising reveal at the episode’s climax. This really is the payoff for the season’s slow introduction, with equal parts action and consequential narrative being served up in hearty scoops. There’s some good exploration of trust and loss here that delivers plenty of pathos. The masterful blend of cell and CG animation styles is particularly prevalent and acts as a fantastic reminder of how well Voltron: Legendary Defender treads the line between Saturday morning cartoon and sci-fi anime to great effect.

As usual, the star-studded cast do a great job of voicing their characters and the pacing is spot on. Judging by these opening instalments, Season 2 of Voltron is going in an interesting direction and there are already some interesting seeds being sown. The beginning of the second run is a pleasant surprise, given that the writers don’t have the crutch of an origin story to lean on, and it’s a relief to see that the show still caters to the young, and young of heart, without favouring either party. So, with the bots back in town, hit play and grab the traditional bowl of cereal for some truly authentic Saturday morning cartoon viewing.

Voltron: Legendary Defender Season 1 and 2 are now available on Netflix UK, as part of an £9.99 monthly subscription. 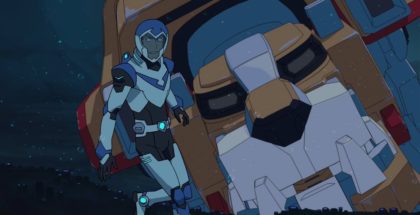 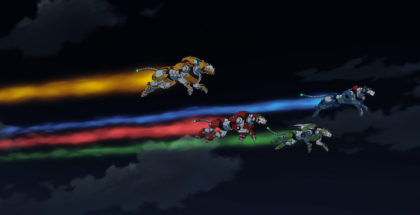 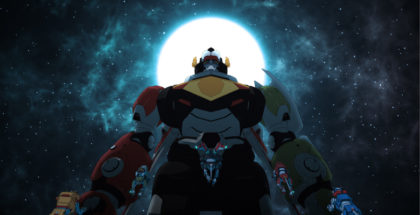 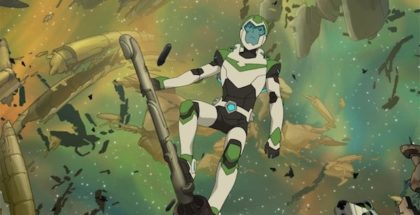