UK TV review: Vikings Season 4, Episode 16 and 17 | Where to watch online in UK | How to stream legally | When it is available on digital | VODzilla.co 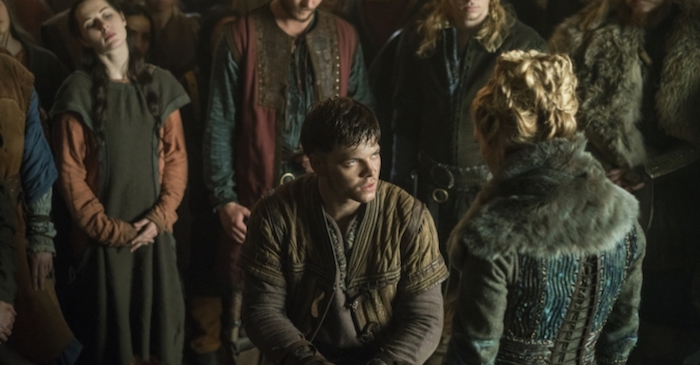 Vikings follows up two of its best ever episodes with an uneven change in direction.

One of the real strengths of Vikings is that it has no shortage of central characters. Less a hack-and-slash story of one man and his sword and more an epic family drama, what began as the story of Ragnar has evolved into the story of Ragnar’s family. His really dysfunctional family.

But with Ragnar’s story now closed, the spotlight is shining firmly on those family members – and for the first time, Vikings isn’t sure who to put in it.

We’ve written before about just how big Season 4 has become, its reach going all the way from England to Kattegat to France. But all those potentially disparate things have orbited about Ragnar Lothbrok; he’s been the central thread tying them altogether. After his death by snakes at the hands of King Aelle, the characters are now having to work out who they are without Ragnar. And it doesn’t look like creator Michael Hirst has an answer for all of them.

The result is an underwhelming double-bill, especially compared to the superb one-two punch of Episode 14 and 15. In fact, Crossings (Episode 16) couldn’t be a bigger contrast, moving from the Ragnar-centric story, based almost entirely in one location, to a scattershot narrative that jumps across the continent.

Pacing is one of the big problems, as we race to catch up with Bjorn and chums on their hoarding adventures. Their destination? Spain, where they rock up at the coastal town of Algeciras. There’s Ragnar’s son, Bjorn, Ragnar’s loyal followers, Floki, his wife, Helga, and Bjorn’s estranged uncle, Rollo, who betrayed the whole family, fought and killed their brethren outside Paris and has since then betrayed his French wife so he can go back to his pillaging roots.

Throwing them all on a boat together is a recipe for drama, and Vikings is at its best when it juggles big action with intimate relationships. It’s immediately revealing, then, that the vikings’ raid of Algeciras carries almost no weight whatsoever. Some Muslims are slaughtered, some run away, others hide, but none of it’s exciting, shocking or even particularly gripping – when the call to prayer goes out from the local mosque, Floki finds himself drawn to the intense, devout religion, a way of countering the fact that he feels like an “empty vessel”.

Is that because he can sense that Ragnar, his guiding light and all-round rock, has shuffled off this mortal coil? If so, the script doesn’t tell us, instead showing us his arguments with Helga over her adopting the young Spanish daughter of a villager who gets slain by Harald and Halfdan. The latter duo, meanwhile, continue to plot their rise to power in the vacuum left by Ragnar’s absence, but don’t get much further in their plans to kill and/or overthrow Bjorn than finding a new ally in illegitimate heir Egil. And Rollo? Well, apart from laughing at the barbarism, he ends up just hopping off the boat and returning home. Gisla shouts at him and hits him, but there’s no real fallout here yet. Even Clive Standen’s hair still looks good.

Speaking of dysfunctional families, we also get to catch up with King Ecbert and his crew, as he deals with his guilt of sending Ragnar to his hissing grave – and Aethelwulf faces up to the need to prepare for the inevitable Viking retaliation. Ecbert’s religious values are increasingly, intriguingly ambiguous, which is only emphasised by a wonderfully disturbing sequence between him and young Alfred, to whom he dedicates his time as a mentor, training him in the ways of deceit and manipulation by effectively forcing him to drink wine until he throws up. It’s a reminder of how cruel the king is, but also an unsettling display of a ruler beginning to fray at his edges – in case his unkempt beard and the black cloak, which could even be the same one he wore to witness Ragnar’s death in secret, don’t give it away. Judith, meanwhile, is only truly devoted to Ecbert, who has encouraged her to become increasingly independent and forthright in her views – something that becomes all the more evident as she meets her father, King Aelle, to talk about uniting to protect England from the looming Nordic horde.

But the question now is whether the invasion will even take place – even though history dictates that it must. Like Rollo and Bjorn, Ragnar’s sons struggle to agree on the best course of action in the same way that they struggle to establish their characters and personalities. Hirst seems to confirm that their Viking beliefs are real, with the appearance of a one-eyed, cloaked figure to each of the offspring. Is he a harbinger of Ragnar’s passing, accompanied by ravens, winds and ominous mist? If so, it’s as unclear as the sons’ individual motivations. Ivar is head-and-shoulders above the rest when it comes to depth, with his Ragnar-like tendencies established in previous chapters making him a threatening, eminently watchable presence – so when he insists on fighting Lagertha, as revenge for her killing Aslaug, before he gets on to the matter of avenging Ragnar, you really do believe that he’ll take her on.

Ubbe, Sigurd and Hvitserk, by comparison, are still lacking in that nuance – Ubbe is the strongest of the others, also no fan of Lagertha and even freeing slave Margrethe for his own romantic ends without consulting Kattegat’s new queen. He’s more reticent than Ivar when it comes to violence against her, something that helps to differentiate between them, but Sigurd and Hvitserk give us little to really engage with; if they’re going to be major players in the story going forward, they’re already suffering from having little screen time given to them before their father’s death.

The real sign of concern in Season 4’s latter stages, though, is the way that Lagertha behaves. “Ragnar hated it,” she tells Astrid of ruling. “It weighed him down. Perhaps it even killed him.” And so she decides to take on the burden of being queen herself – something she does not because she wants the power, or because she derserves the authority, but because she’s grieving over her ex-husband and wants to do him proud. Bless.

Kathryn Winnick sells the emotional weight well – she’s always been one of the best things about Vikings – but Lagertha’s been awesome up until now precisely because she’s so headstrong and self-driven; she’s not a woman who’s defined by her relationship with a man. So while the rest of the ensemble find it difficult to redefine themselves in the wake of Ragnar’s departure, it feels especially odd that she should suddenly start to do so. Weeping and vulnerability are no bad thing when it comes to shading in character depth, but Lagertha is above both and certainly shouldn’t be limited to either.

All this leads to a bizarre climax in Episode 17, as Bjorn returns from his raid just in time to save Lagertha from Ubbe and Ivar – another touch that really isn’t necessary (Lagertha is brave and powerful enough to hold her own) – and, for no apparent reason, rushes off in secret to meet Astrid, whom he snogs ferociously. There may be very good reasons for this to happen, but with no real build-up on-screen, it’s another move that feels strikingly out of character for one of Vikings’ central cast members. As Season 4 makes a huge change in direction, following two of the series’ best ever episodes, this is the time when Vikings needs its strongest characters to support the weaker ones as they develop, keeping us tuning in. Ecbert, Judith and Ivar are still steering the longboat with confidence, but if the others can’t be strong enough at the helm, there’s a risk of the drama sailing into disappointing waters.

Vikings: Season 4 Part 2 is released every Thursday on Amazon Prime Video, as part of a £5.99 monthly subscription. Seasons 1 to 3, plus Season 4 Part 1, are also available. 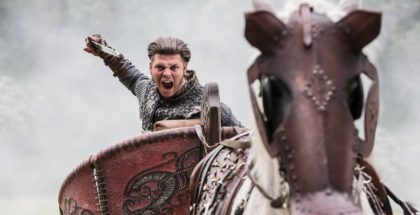 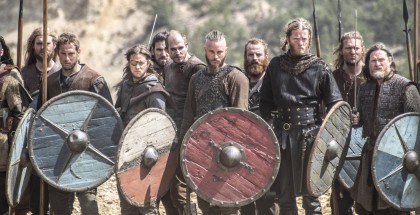 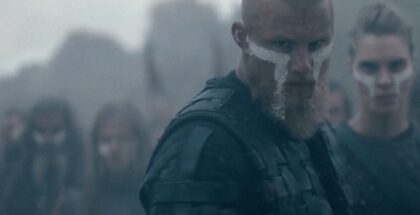 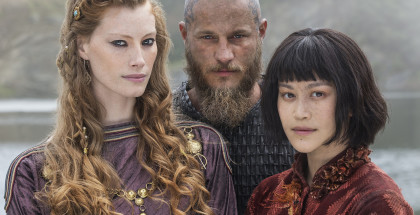