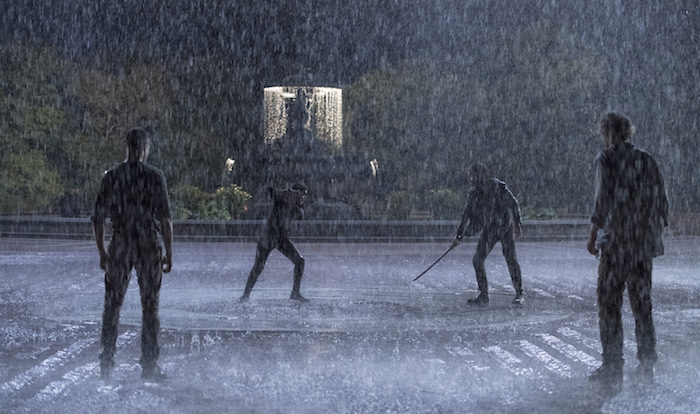 Warning: This contains spoilers. Catch up with the rest of our reviews of Iron Fist here.

After a flimsy and ambling season, Iron Fist concludes with two of its more intense episodes, attempting to balance its ropey technique with sheer force.

Episode 12 centres on Danny, Colleen and Davos doing what Iron Fist does best: walking the good guys directly into a lazily disguised bad guy trap and then having them fight their way out of it. While the fights have picked up a little – having multiple opponents covers the repetitive choreography – the ability of The Hand to consistently overlook that Danny has superhero powers has gone nowhere. Luckily, the final showdown keeps Danny and Davos bickering on the sidelines, while Colleen Wing tackles her old mentor. The matching of swords in the rain may not be an innovative move, but it’s a cliché for a reason – it is spectacular.

Having had Davos’ jealousies and disappointment made clear, Danny is forced to continue without him, but with his new information from Gao, he has another problem to tackle. Having defeated The Hand’s most cunning strategist and talented martial artist in a few minutes, it’s a wonder it takes Danny and co. so long to defeat a lunatic and his security, but it somehow makes for better television. The showdown at the Penthouse contains a satisfying amount of twists and thrills, and some fantastic visual moments – particularly in the form of Danny’s superhero floor punch (less a cliché than a staple of the genre now, akin to the Superhero Landing). Forgoing overanalysing the forced delivery, the comparisons drawn between Harold and Shou-Lao the Undying – suggesting this story is truly how Danny became the Iron Fist – is a smart move that does a lot for the show as an origins story.

With the customary final wink-and-nod, inviting everyone back for The Defenders with a great mystery and a death threat, it’s now slightly more difficult to get excited for the upcoming crossover, if Iron Fist is anything to go by. The to-and-fro, time-killing story arcs, the cardboard cut-out characters, and often-underwhelming fight sequences contributed to a show that felt like an introduction to Danny Rand grotesquely inflated and stretched over 13 episodes. Iron Fist will be remembered as a show that did a brilliant job of looking like it was about to get interesting. A few clever moments, a few foolproof superhero staples, but without producing anything of substance, Iron Fist wound up little more than a trail of breadcrumbs leading to The Defenders.

All episodes of Iron Fist are available on Netflix UK, as part of an £8.99 monthly subscription. 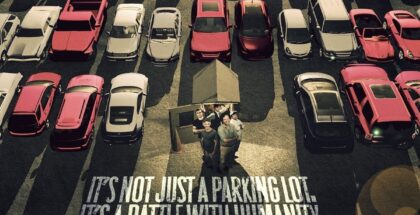 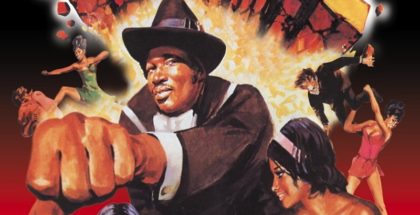