Netflix UK film review: Girlfriend's Day | Where to watch online in UK | How to stream legally | When it is available on digital | VODzilla.co

One of the great things about Netflix is the creative freedom it offers people. Bob Odenkirk can write a film about greeting cards and it has somewhere to be released. In a way, who can blame them? Odenkirk, who has won legions of fans with his character Saul Goodman in Breaking Bad and Better Call Saul, is a hugely charismatic screen presence, able to juggle melancholy, laugh-out-loud silliness and sentiment with minimal words. With a background in short, sweet sketch comedy, no wonder he has a thing for greeting card writers.

That’s the role he plays in this bizarre film. He’s Ray, a hack who’s on the way out of the Hallmark game, unable to conjure up the heart that once made him the world’s second best greeting card writer. The turning point? His wife left him for someone who draws cartoons of owls. Since then, he’s become drunk, burned out, lonely and uninspired.

When the governor of California invents the titular new holiday, though, and there’s a prize for the best new card, things start to look up – especially after Ray meets Jill (Amber Tamblyn), a worker in a greeting cards shop with a thing for two-line poetry.

The result is a romantic comedy that feels like an unofficial sequel to (500) Days of Summer. There’s the depressed creative in the lead, the quirky characters in the background (hello to a pair of “reformed racists”), and the manic pixie dream girl in between. But while (500) Days managed to draw its world with a consistent tone, Girlfriend’s Day feels all over the place. There, the idea of a film set in the greeting card industry was an offbeat note; here, the whole thing rings false. As Ray delves into the competitive arena of unofficial card writing, he opens up a world of threats, betrayal and murder – one that feels immediately out of place, and not just because it owes a debt to the neo-noir absurdity of the Coen brothers.

The two parts of the story never fully click, leaving the romance underwhelming and cliched and the criminal underworld contrived. The runtime is only 70 minutes, but the script (co-written by Odenkirk with Eric Hoffman and Philip Zlotorynski) struggles to stretch its ideas to even the hour mark. It falls to the cast to sell it all, and director Michael Paul Stephenson keeps his camera still to give them the chance to perform. Odenkirk and co. just about hold your attention – “When did you quit writing?” asks Jill. “I didn’t,” comes the quick-witted reply. “I just quit being good at it.” – but Girlfriend’s Day feels like a meandering string of sketches rather than a feature film. As a well-meaning personal project, it’s less a short-and-sweet missive and more a collage of random bits of paper. One of the great things about Netflix is that Bob Odenkirk can write a film about greeting cards and it has somewhere to be released. Sometimes, that’s one of the worst things too.

Girlfriend’s Day is now available on Netflix UK, as part of an £9.99 monthly subscription.

For the Sake of Vicious review: A hilarious and tense thriller... April 19, 2021 | Anton Bitel 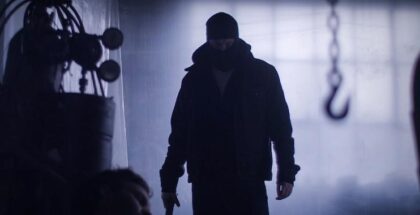 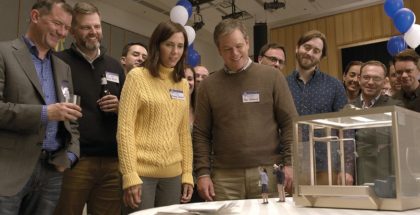