Netflix UK film review: Get Me Roger Stone | VODzilla.co | Where to watch online in UK

This profile of the political player behind the US President is an important insight into rise of Donald Trump.

There’s no such thing as bad publicity. That’s not officially one of Roger Stone’s Rules, but you can bet it’s on the waiting list. The political trickster and avid campaigner has lurked in the background of American politics for years, pulling strings and pushing people’s buttons. He’s shred, he’s ruthless – and he’s not afraid of people knowing it.

Dylan Bank and Daniel DiMauro’s documentary picks apart the web of strings surrounding the puppet master with eye-opening detail. For any other subject, it would be remarkable that they’d secured such extensive access. Stone, you suspect, jumped at the chance to get some screentime. But Bank and DiMauro make the most of that intimacy, managing to nab a host of friends and colleagues to offer their insight into Stone’s career, as well as the man himself.

He’s a despicable figure, a trait that emerges as evident ever since his young days: in first grade, Stone gleefully tells us, he decided to help JFK’s career by telling everyone in the lunch queue that Nixon was going to introduce school on Saturdays. “It was then that I first understood the value of disinformation,” he tells us with a smile. Then adds, without missing a beat: “I’ve never practiced it since.”

Stone, it comes as no surprise, was partly responsible for Donald Trump’s fake news-driven road to the White House. In fact, he brags about having badgered Trump to go into politics for years, noticing how TV’s The Apprentice “made him look presidential”. There’s an undeniably shrewd side to his work, one that would almost be impressive, if it weren’t so horrifying: over the five years in which the filmmakers follow him, we see his Conservative career resurgence, as he takes the streets to fuel the anti-Clinton campaign, grabbing a megaphone and leading chants in the street of “lock her up”. He charms crowds with talk of breaking from the politics of old, despite clearly being part of that establishment himself – he was, it turns out, the youngest person to be questioned about Watergate. (One pundit describes him as a sinister Forrest Gump, who has been connected to every major political event in recent US history.)

“I understand democracy, it’s about appealing to the popular vote,” he tells us, and so it’s no surprise that Trump himself turns up at one point to sing Roger’s praises. “He’s a quality guy, a nice guy. He loves the game, he has fun with it and he’s very good at it,” says Donald, who was, at that point, still some distance from being President. Today, Stone’s name is still associated with Trump’s, as he’s been named in the ongoing investigation into potential links between Donald’s campaign and Russia.

Do Anything to Win is one of Stone’s Rules, which are listed throughout the film – a motto that you easily imagine being embraced by Trump. It brings the film to its disturbing conclusion, as it climaxes with the sight of Trump on election night, being toasted by a cheerful Stone. It’s that relevance, built upon decades of unseen influence, that makes this documentary such an important watch, particularly for those outside of the USA, who won’t be aware of Stone and the context he brings to the current state of global politics. The most frustrating thing, though, is realising that expanding Roger’s infamy is exactly what he’d want. To him, no doubt, it’s all just publicity.

Get Me Roger Stone is available on Netflix UK, as part of an £8.99 monthly subscription. 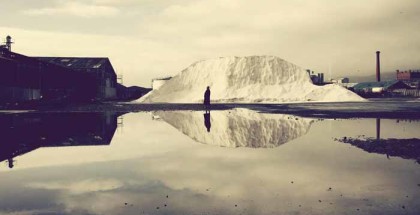