Joss Whedon assembles the heck out of Marvel's superheroes with this jaw-dropping blockbuster.

You could easily spend a review of Avengers Assemble just quoting endless lines of dialogue. That’s how good the script is. Yes, Marvel, the folks who brought us Iron Man 2, have just been praised for their astute screenwriting. Because Avengers Assemble is a superbly written film.

Throughout their colossal marketing campaign, which is what The Avengers franchise has mostly been, Marvel have consistently beaten expectations. When Avengers Assemble arrived, expectations were at an all-time high – and Marvel topped them again. Producer Kevin Feige’s secret? Hiring geek king, comic nerd and filmaker-extraordinaire Joss Whedon to make a movie. And holy purple shorts, he assembles the heck out of it.

It begins with the arrival of Loki (a sneering Tom Hiddleston) from Asgard, backed by a shadowy, whispering enemy. He promptly brainwashes some good guys and steals a shiny square Maguffin called The Tesseract, which holds the power of the gods (and popped up in Captain America). Then he wipes out a bunch of civilians with his cuboid power.

That’s the problem when you assemble a team of heroes: you end up with a group of egos. Alongside the Norse legend and the US propaganda icon, there’s Tony Stark/Iron Man (Downey Jr.), Bruce Banner/The Incredible Hulk (Ruffalo), Black Widow (Johansson) and Hawkeye (Renner). Their collective power? Bickering like children. And they’re super at it.

That’s perhaps the biggest surprise of the film: the number of jokes it contains. Never afraid to send themselves up, Whedon’s troupe drop references to everything from costumes and catchphrases to Shakespeare and Lord of the Rings. It’s funnier than most comedies released in the last few years.

It benefits from a cast with a knack for wisecracks. Downey Jr.’s playboy gets the best lines, but Thor’s butch delivery remains hilarious, Captain America’s fish-out-of-water is nicely judged (“I understood that reference!” he exclaims when someone mentions Wizard of Oz), while Johansson almost steals the second act with an exchange involving the snide, vengeful Loki (containing one of the best on-screen insults since Blackadder’s heyday). And then there’s Mark Ruffalo’s Hulk – the third man to portray Bruce Banner, but perhaps the most memorable, thanks to some smart soul-searching and a lot of well-choreographed smashing.

Whedon is careful to make sure each character develops, pairing off Stark and Banner to talk emotions and letting Cap take charge during battle sequences. The result is an ensemble that slots together seamlessly. Even overlooked characters, such as Renner’s Hawkeye and Clark Gregg’s Agent Coulson, are made vital to the film’s plot, while Samuel L. Jackson enjoys standing in the background staring at everyone with his eye.

There are minor quibbles – Loki’s partners in crime being the main culprit – but they’re soon forgotten come the climax. After two acts of solid set pieces, Whedon pulls out all the stops for his finale, which is essentially a 45-minute war movie. Compared to Michael Bay’s and Peter Berg’s recent efforts, it’s a reminder that explosions don’t always have to be big and dumb – and comes with one jaw-dropping tracking shot across the carnage.

Yes, you get the city-levelling destruction and you get the ridonkulous stunts, but you also get a plot, a sense of humour and (most importantly) a brain. Hitting the web just in time for Captain America’s second outing in cinemas, Marvel’s marketing machine shows no sign of stopping. If the standard is kept as high as this, they can continue assembling Avengers for as long as they like.

Where can I buy or rent Avengers Assemble online in the UK? 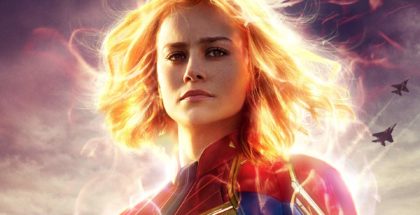 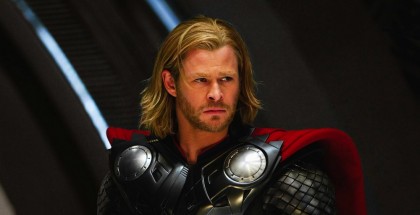