Netflix UK film review: 50/50 | Where to watch online in UK | How to stream legally | When it is available on digital | VODzilla.co

Seth Rogen and Joseph Gordon-Levitt are superb in this heartfelt and funny drama about dealing with cancer.

“I think I’m going to throw up.” That’s the response to the news that Adam (Gordon-Levitt), a 27-year-old public service radio worker, has cancer. Not from Adam, you understand, but from his friend, Kyle (Rogen). “What are your odds?” “50/50.” “Hey, that’s not that bad. If you were a casino game, you’d have the best odds!” You might not think that Seth Rogen is the right guy to produce a comedy about cancer, but you’d be wrong: this is heartfelt and hilarious stuff.

The strength of Jonathan Levine’s film partly comes from its personal roots – Rogen and producer Evan Goldberg pestered Will Reiser for years to write a script about his own survival story. The result is something that understands the uncertainty and tragedy of Adam’s diagnosis, but also uses it to try and pick up girls in bars.

The acting is top-notch from all concerned. Joseph Gordon-Levitt ranges from calm denial to anger, while Rogen superbly underplays his supporting role, resisting the urge to steal every scene with loud swearing. On the sidelines, Anjelica Huston’s overbearing mother successfully avoids stereotype and Bryce Dallas Howard does an excellent job of being an unlikeable figure, each earning the saddest and funniest scene in the movie respectively.

But the show is stolen completely by the amazing Anna Kendrick. A young, inexperienced counsellor, she gives Adam advice, potentially a romantic interest, and also manages to feel forced and genuine at the same time; her just sitting next to Adam and awkwardly patting him on the arm becomes a laugh-out-loud gesture.

Their gentle chemistry and sincere delivery really sells the film’s tone. In other hands, it could have overstepped a mark or ended up saccharine, but Levine’s smart treatment doesn’t go too far yet refuses to hold back. A balanced mix of comedy and emotion, 50/50 is a reminder that you can laugh about terminal illness as well as cry. 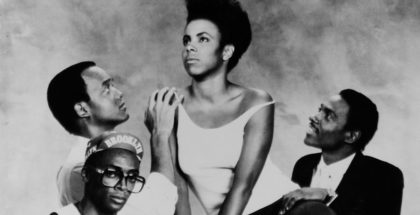