UK TV review: The Honourable Woman | VODzilla.co | Where to watch online in UK

Why The Honourable Woman should be your next box set

It seems fair to call The Honourable Woman the BBC’s answer to Homeland, because there are several crucial elements that are very similar. Identikit opening credit montage? Check. A complex female lead? Check – Maggie Gyllenhaal plays the decorated Baroness Nessa Stein, head of the Stein Group, philanthropist and the honourable woman of the title. She’s an Anglo-Israeli, who, eight years prior to Episode 1, took over the helm of her late father’s business. The same late father who was murdered in front of her for crimes he supposedly committed in pursuit of his business interests in the volatile West Bank.

A complex political background? Check. Unlike Homeland, though, it is juxtaposed with a story otherwise set in the upper echelons of London society. Far from Brody and Carrie’s cosy homes, Nessa’s property is palatial and likely Farrow and Ball’d to the max (this is the BBC after all). In fact, pretty much every location within the show is well lit and upholstered. In terms of looks, this is Beeb production value at its very best, with the subtlety that deigns a good drama and the beautiful tracking shots and muted colour palette that are the hallmarks of the broadcaster’s original content.

In terms of cast, this is also classic BBC, with Maggie’s highly convincing accent joined by a cast of familiar and decorated British faces from classic espionage thrillers. There’s Stephen Rea as MI5 veteran Sir Hugh Hayden-Hoyle (yes, really. Like Homeland’s Saul Berenson, he isn’t likely to give up a case that easily (or his estranged wife, played by Lindsay Duncan). There’s Andrew Buchan as Ephra Stein, Nessa’s noble brother, former head of the company turned devoted husband and father. Is he as honourable as his sister? The jury is still out. There’s The IT Crowd’s Katherine Parkinson as Ephra’s wife, Rachel (an impressive turn by the actress), who can sense the mystery surrounding her husband and sister-in-law and will only tolerate it for so long. There’s Game of Thrones’ Tobias Menzies as Nessa’s devoted bodyguard, Nathaniel Bloom, who’s a considerably more efficient shot with a gun than he is with a burning arrow. The list goes on.

Between them, the cast have a series of serious questions to tussle with. In the first episode alone, we’ve got a multi-million dollar business contract stalled by a supposed suicide, an affair in the highest levels of the Secret Service, a mysterious blonde who isn’t who she says she is, a power play from the US government, and a child with a habit of running off who might run too far next time.

You have a total of eight episodes of The Honourable Woman to enjoy – and it’s worth paying close attention to each, before the plot becomes thicker and richer than Maggie Gyllenhaal’s and Stephen Rea’s accents. Who knows? By the time Homeland returns for another season with its frantic performance by Claire Danes, you might start feeling nostalgic for Maggie’s dulcet tones.

The Honourable Woman is available on BBC iPlayer until March 2021.

Where can I buy or rent The Honourable Woman online in the UK? 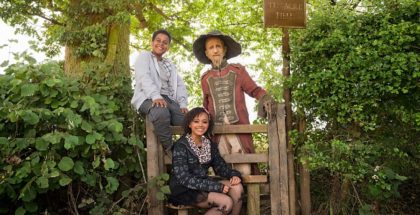 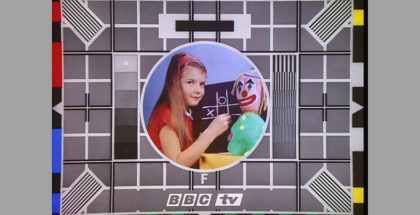