Catch up TV review: Will and Grace, Hunted, Derry Girls, Blind Date, Next of Kin | VODzilla.co | Where to watch online in UK

Catch up TV review: Will and Grace, Hunted, Derry Girls, Blind Date, Next of Kin 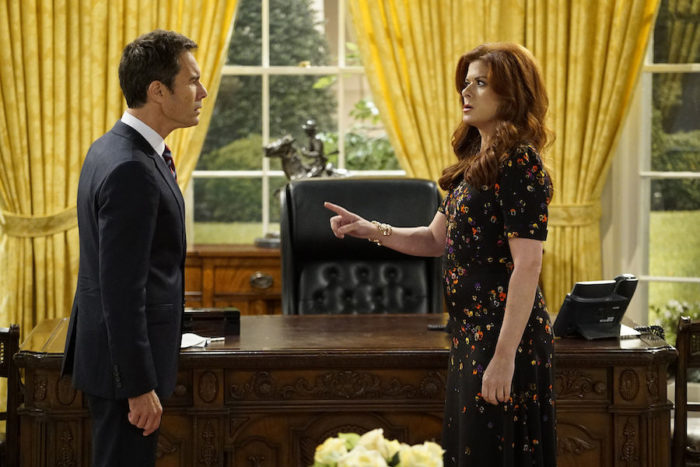 Click here for our full catch-up guide to this year’s Christmas TV.

It’s been 11 years since Will & Grace were last on our screens, and any questions about whether they could possibly still be relevant in 2018 disappears within seconds, as you start giggling – and don’t really stop for 30 minutes. Eric McCormack and Debra Messing slip back into their lead roles as easily as two old pairs of shoes, while Megan Mullally’s Karen and Sean Hayes’ Jack are as fresh as the day we first met them. The result is a cast who are clearly enjoying being in the same room again, and their delight is contagious, as they instantly jump back into the quartet’s endless cycle of insults, innuendoes and hyperactive excitement. From measuring people’s hotness on the Ryan scale – “He’s a Reynolds point Gosling.” – to Jack dating a secret service agent – “Did you get serviced?” “Shh. It’s secret!” – the gags fly thick and fast, comfortingly easy and precisely delivered. Most surprising of all, though, is that creators Max Mutchnick and David Kohan aren’t shying away from real life events, as Episode 1 dives straight into Trump territory – not just figuratively, because Karen voted for him, but literally, as Grace gets the opportunity to decorate the inside of the White House. Pillow fights, attractive Republican politicians and That Secret Service Agent are just the tip of deliciously funny iceberg. What a joy to have these characters back on our screens. 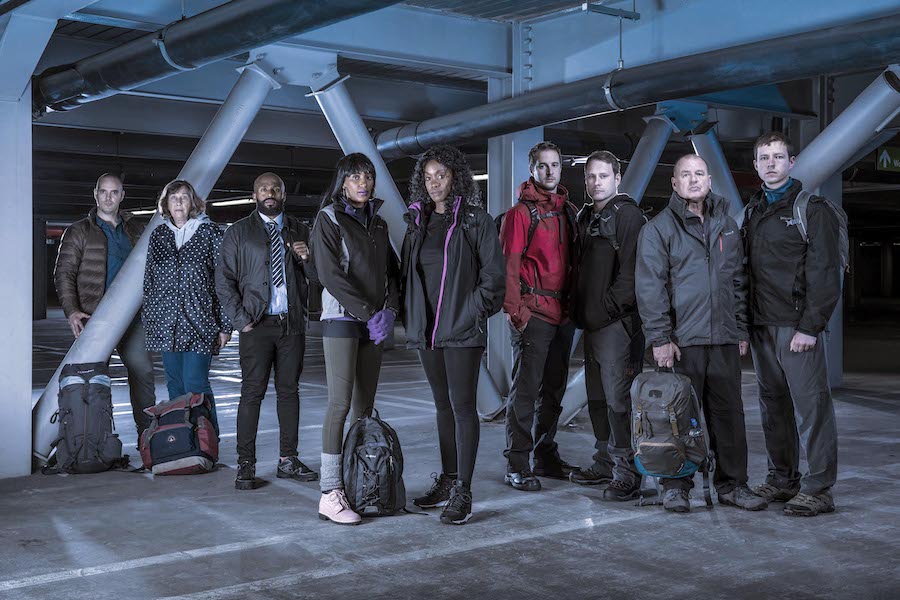 Channel 4’s reality TV show, which sees a bunch of people going on the run for 28 days, was stuffed with thrilling novelty when it first arrived a couple of years ago. Three seasons in, and it’s still as excitingly different as ever, as the latest batch of volunteers try to evade capture by a team of experts. Part of the fun lies in the surprising lengths to which authorities are allowed to go in a manhunt, as they swiftly tap into social media details, mobile phone locations, numberplate recognition software, and so on, but the contestants are increasingly ingenious, as one tries to get 15 minutes ahead by diverting a coach and another begs a member of the public to be their decoy in a Subway. The hunters aren’t fooled by all of them, though, and the thrills come from finding out what works and what doesn’t, as each side struggles to disguise their panic – and for every moment that you suspect might be staged, there’s another five that are slickly edited together like a Bourne movie. It’s all nonsense, of course, but what cracking nonsense it is. 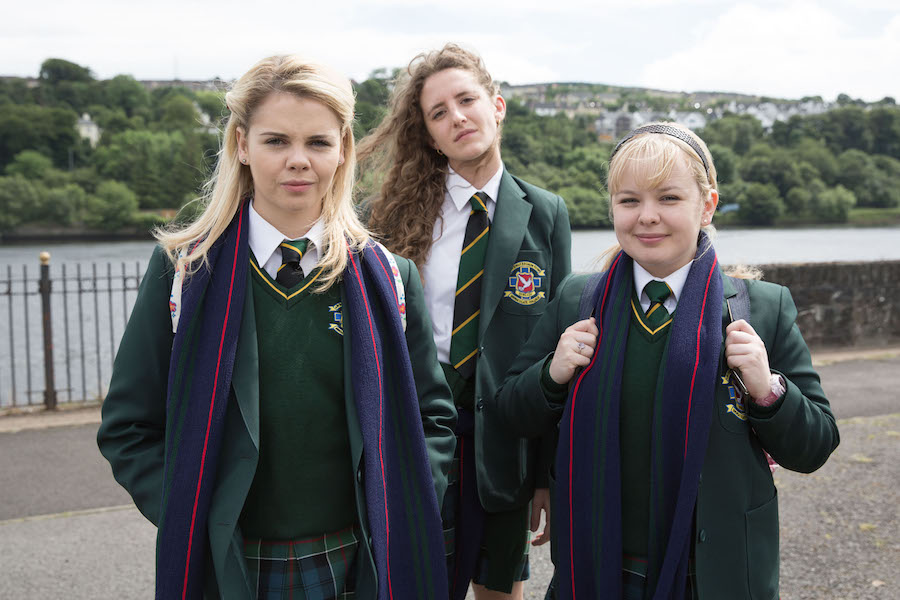 There’s no risk of getting the January blues this year, thanks to this new Channel 4 sitcom. From writer Lisa McGee, the show has a neat enough premise, as we chart the coming of age of a group of schoolgirls in Londonderry during The Troubles in the early 1990s. British Army check points, Murder She Wrote and Nirvana all combine to create a wonderful melting pot of identity and pop culture references, which McGee delves into and draws out four fantastic characters: Erin (Saoirse Monica Jackson), her cousin, Orla (Louisa Harland), their kind-hearted friend, Clare (Nicola Coughlan), and the troublemaking Michelle (Jamie-Lee O’Donnell), who has her damp English dishcloth cousin James (Dylan Llewellyn) staying with her.

There are laughs aplenty to be found in the period scenarios, while the presentation is sparky and witty (Erin’s narration repeatedly turns out to be read from her diary), but it’s the character work that really impresses, from Erin’s frustrations at her no-nonsense school to the antics of would-be bad-girl Michelle, who fails to intimidate even the younger pupils from the year below. Laugh-out-loud funny and performed with heartfelt sincerity, you’ll want to be friends with these Derry Girls immediately.

Channel 5’s reboot of the old-school dating show did the smart thing with Season 1, by not changing a thing. And so the format is exactly the same as before, as a women sits down behind a wall and and asks naff questions of three male suitors, who compete to offer the worst reply possible. Then, the roles reverse and a guy sits down and asks the same of the women. Now in its second season, though, the show is beginning to vary things up – we’ve already had a welcome episode with same-sex couples, but now, we’ve got an episode dedicated to dog owners too. It’s a novelty that brings a bit of extra bark to the set-up (timed nicely for a Christmas special), but there’s just as much fun to be had from the familiar, cheesy one-liners – and, in the second season’s first episode proper, a couple who head off on holiday, only to turn out not to get on in the slightest. And throughout it all, Paul O’Grady once gain proves the perfect replacement for Cilla Black, down-to-earth and dirty, sincere and cheerful, and effortlessly charming. “My type is a head-turner,” says one contestant. “Like The Exorcist?” he asks, without missing a beat. Never change, Paul. Never change.