BBC Three TV review: Murder In Successville Season 3 | Where to watch online in UK | How to stream legally | VODzilla.co

BBC Three's unique comedy series is as highly entertaining as ever.

In each episode of Murder In Successville, a famous face (often a TV personality or pop star) is thrown into a murder mystery with no script and no idea what to expect. They take on the role of a rookie cop and team up with DI Sleet (Tom Davis) to solve a crime in Successville – a city inhabited by celebrities (or rather, a cast of comic actors playing celebrities). In the oddball world of Successville, Len Goodman is a corrupt politician, Frankie Boyle heads up a drug cartel, Miley Cyrus works at the local care home… you get the idea. The aim for each sidekick? Interrogate suspects, look out for clues and ultimately decide who they think is guilty.

Following its second season last year, during which it gained an increasingly strong following, the BBC Three series is now back for a third. This time around, the guests are Pointless presenter Richard Osman, musician-turned-actor Martin Kemp, TV presenter Lorraine Kelly, radio DJ Reggie Yates and rapper Professor Green.

Season 2 shook things up a bit with a Scandinavian crime drama-style episode, and Season 3 continues to push the boat out, with plots involving monsters and superheroes, plus a special episode set in Ye Olde Successville. Opening episode ‘The Brass Gnome’ revolves around a murder and a stolen work of art, with suspects including art teacher Hillary Clinton (Cariad Lloyd) and cat burglar Zayn Malik (Jamie Demetriou).

Osman might be sharper than the average Successville sidekick, but he’s game for anything, from wearing a silly hat to keeping Sleet’s private parts warm in a life drawing class. Martin Kemp also gives it his all, at one point (in what is one of the season’s best moments) becoming so immersed, or possibly just confused, that he forgets his own name and sends the cast of improv pros into hysterics. And, as you’d expect, Lorraine Kelly is relentlessly cheerful and enthusiastic. (Reggie Yates and Professor Green make slightly less of an impression in Episode 4 and 5, but have their moments nonetheless.)

Tom Davis is once again on top form as DI Sleet, having managed to turn the copper into a truly great comic character – huge and gruff yet pitiable and ridiculous, all at the same time. The supporting cast has to be admired too. Talented mimics Luke Kempner and Terry Mynott play multiple characters across the season, and there are also memorable turns from Ellie White as a pitch-perfect Bjork and Colin Hoult as dull assassin Adrian Chiles.

Three seasons in and our annual visit to Successville is as highly entertaining as ever. With a growing fanbase and rumours of a feature film on the cards, we’re sure it won’t be our last.

Murder in Successville is available on BritBox, as part of a £5.99 monthly subscription. It is also available on BBC iPlayer until November 2021.

Netflix unveils trailer for The Keepers

They Shall Not Grow Old and Blackadder Goes Forth lead remembrance programming o... November 10, 2018 | James R 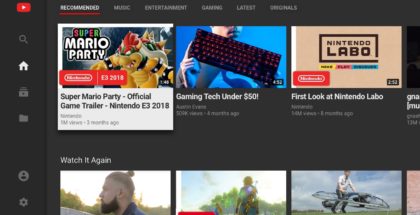