YouTube live-streaming now available to anyone with 1,000 subscribers | Where to watch online in UK | How to stream legally | When it is available on digital | VODzilla.co 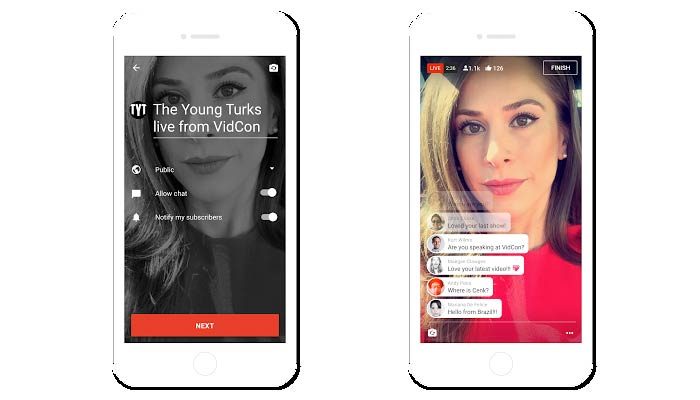 YouTube continues to make its live-streaming service more accessible to users, opening up the platform to anyone with 1,000 subscribers or more.

Mobile live-streaming was introduced properly earlier this year, but was restricted to people with at least 10,000 subscribers. But that threshold has been lowered significantly this month, which will come as good news to many channels, creators and vloggers.

The decision to lower the threshold comes as YouTube Live sees one of its highest profile live-streams to date. Not a political event or music concert, but a giraffe giving birth.

Since 10th February, Animal Adventure, an educational animal park in New York, has been livestreaming April’s pregnancy and creating a social media sensation, with fans all over the world tuning in regularly to check on her progress. One industrious fan created an app to crowdsource pregnancy updates from tens of thousands of other fans following the live-stream. A pregnant woman even parodied April’s livestream, becoming an internet sensation in her own right.

As the anticipation and audience grew leading up to the big moment, Animal Adventure Park became the second most live-viewed channel in the history of YouTube, despite launching a mere 66 days ago.

In total, the channel has had over 232 million live views and 7.6 billion minutes of live watch-time, with an average time watched of more than 30 minutes daily across an average of 3.5 million views per day.

Last Saturday, the day of the birth, was the channel’s biggest day, surging to over 14 million live views. More than 1.2 million viewers were watching the livestream simultaneously at 6:55 a.m. PST on Saturday, a peak that ranked as one of the top five most-watched moments for a live event ever on YouTube.

The channel also received over 4,400 Super Chat messages, making them now the second highest Super Chat earner by revenue. (You can read more about Super Chat below.)

YouTube is rolling out mobile live-streaming to a growing number of creators, along with its new revenue-generation service, Super Chat.

Mobile live-streaming is something that has been on Twitter and Facebook for some time, and YouTube has been working hard to catch up. Last year, it launched the feature, but only for a handful of vloggers, as it tested and improved its platform. Now, it’s ready to roll it out to the wider world.

As of this week, creators with more than 10,000 subscribers can stream live through their mobile YouTube app, which it says will give them “a more intimate and spontaneous way to share their thoughts, lives, and creativity”.

Streamed videos will have all the same features as regular YouTube videos. They can be searched for, found via recommendations or playlists, and protected from unauthorised use.

What did YouTube learn while testing its feature over the last six months? Firstly, it slowed down the live chat – “it turns out receiving 2,000 messages per second is a little too fast!” – and upgraded its streaming quality.

Most importantly, though, YouTube has worked out a way to earn money from their live videos, using its newly launched Super Chat feature.

Super Chat is available to creators in more than 20 countries (and viewers in more than 40 countries). It lets any viewer buy a chat message to appear in the live-stream, highlighted in a bright colour and pinned to the top of the chat window. Viewers can pay more money to have their message stay pinned for longer – up to a maximum of five hours. YouTube describes the pinned message as “like paying for that front-row seat in the digital age: it lets any fan watching a live stream stand out from the crowd and get a creator’s attention”.

The live-streaming arena is getting increasingly crowded. Facebook, Periscope and even Tumblr are all stepping up their live video game. Now, YouTube is hitting back at its rivals by launching live-streaming on the go.

The site has offered live-streaming since 2011, when they broadcast the Royal Wedding to people around the world. In 2012, they streamed Felix Baumgartner leaping from space. Since then, YouTube has continued to develop its live-streaming arm, including combining with its support for 360-degree videos, mostly notably with a live-stream in 360 from Coachella (watched by 21 million people).

Now, though, the YouTube app is getting an update so that mobile streaming will be baked right into the core mobile app: you won’t need to open any others jut the red capture button, take or select a photo to use as a thumbnail, and you can broadcast live to your fans and chat in near real time

Because it’s built into the app, YouTube’s mobile live-streaming have all the features your regular videos have – you can search for them, find them through recommendations and playlists and protect them from unauthorised uses.

“We think this will offer you an entirely new, more intimate and spontaneous way to share your experiences with your communities,” says Kurt Wilms, Product Lead, Immersive Experiences at YouTube. 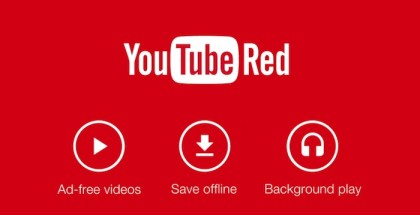