What's leaving Netflix UK in July / August 2016? | Where to watch online in UK | How to stream legally | When it is available on digital | VODzilla.co

Summer’s here and, as the rays of yellow hit this green and pleasant land like glowing shards of happiness, storm clouds gather to wash away a new wave of films and TV shows from Netflix.

When Netflix’s rights to a title expire, that doesn’t necessarily mean you’ll never see it again – the streaming giant may renew its deal with the programme provider or movie studio in a matter of days. But more often than not, they simply get replaced with something else, with new titles arriving every month.

So if you’re a fan of superheroes or space operas, take heed: this is your last chance to stream the following…

This list will be kept up to date as we confirm more removal dates.

If Thor showed the world that comic book movies can have a sense of humour, Captain America confirmed it. Joe Johnston’s smart decision to set events during WWII allowed Alan Silvestri to invent a delightfully camp theme tune for the hero, a self-aware pastiche of 1940s propaganda that not only made audiences smile but also set the tone for Cap’s idealistic values – and cheesy costume.

“That’s not a word,” declares Mrs. Travers during the writing of Disney’s Mary Poppins, based on her books. “We made it up,” say the Sherman brothers, halfway through singing a song. “Then un-make it up,” comes the curt reply. Featuring a hilariously abrupt turn from Emma Thompson, and Tom Hanks as Walt Disney himself, John Lee Hancock’s drama may be formulaic, but it has a merry tune to toot, one that wins you over, animated penguins, tuppence and all.

And Now for Something Completely Different – 31st July

Monty Python’s feature-length compilation of its best sketches is a perfect introduction to the comedy troupe.

In what scenario is torture ok? It isn’t. That’s it. It’s an easy question to answer. But Big Bad Wolves asks more difficult questions. What if the victim is a pedophile? What if you think they’ve captured your daughter? That a film can even make you consider an alternative is chilling. The fact that it’s gripping and funny too is scarily impressive.

Frank is not that story.

Inspired by the persona of Frank Sidebottom, Lenny Abrahamson’s film isn’t a straight-out biopic. It isn’t a comedy either. Or a drama. Or a musical. It’s a mix of all three – and, as a result, manages that to be that rare thing: original and unpredictable.

Michael Caine is on stellar form as Harry Palmer in Guy Hamilton’s classic spy thriller, based on Len Deighton’s novel.

The second part of Quentin Tarantino’s revenge flick may not be as stylish as the first, but it packs a gritty Western punch – not least because of the performance by David Carradine as our titular villain, whose relationship with Uma Thurman’s Bride is filled with surprisingly understated emotion. ‎Daryl Hannah brings the violence as the one-eyed Elle Driver.

Jim Mickle’s take on vampires is suitably idiosyncratic, creating a post-apocalyptic story that’s as much about character as it is chomping people’s necks off. Quiet, tense and made on an impressively low budget, Stake Land is a classy bit of indie horror.

Eugene Jarecki’s documentary charts America’s wars on drugs – a war that the country is losing.

A look at the cover art should tell you every you need to know about the latest from Cowboy Bebop director Shinichiro Watanabe and Shingo Natsume. The space opera follows decked-out alien hunter Dandy, who, with help from space cat Meow and faithful robot QT, combs the galaxy in search of unregistered life forms.

Other titles leaving Netflix UK in June and July 2016

27th July
Back to School
The Cutting Edge
Dead Like Me: Life After Death
Fled
Gorky Park
Into the Blue 2: The Reef
Saved by the Bell: Hawaiian Style 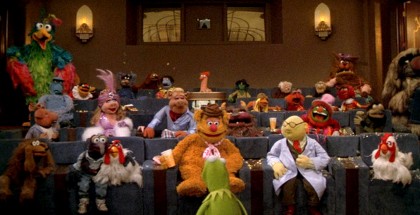