What's leaving Amazon Prime Video UK in December 2022 / January 2023? | Where to watch online in UK | How to stream legally | When it is available on digital | VODzilla.co

As the UK continues to navigate its way out of the Covid-19 pandemic, Amazon Prime Video’s sizeable library of movies and TV shows is a useful resource for keeping entertained indoors. But before you start bingeing through the line-up, don’t miss out on catching up with some old and new gems before their rights expire.

This is your last chance to stream the following with Amazon Prime UK:

Facts and fun collide in this charmingly silly feature-length outing for the Horrible Histories franchise.

USA Network’s cyber thriller is that rare thing: a TV show that understands how computers work as well as it presses its audience’s buttons. Rivalling Black Mirror for the way in which it turns digital concepts into real human drama, it drags the cyberthriller genre out of the 80s and 90s into the contemporary era of corrupt banks, anti-privacy conspiracies and masked hacker movements. The result is as tightly structured as it is thrillingly modern, with multi-faceted turns from Rami Malek and Christian Slater, who keep the intrigue going right until the end of the fourth and final season.

John Cho is superb in this gripping thriller about a father searching for his missing daughter.

Bo Burnham’s brilliant directorial debut captures the pains of growing up in an online age with awkward intimacy.

A powerful story of romance and race, A United Kingdom is a crowd-pleaser that deserves the biggest crowd possible.

The Place Beyond the Pines – 28th December

Ryan Gosling and Bradley Cooper are excellent in this quiet, thoughtful and stunning epic of fathers and sons.

This raw, stripped-down war film is a harrowing elegy to British lives lost – and a powerful portrayal of despair in the face of hope.

Let the Right One In – 31st December

A haunting meditation on desire and devotion, this is one of the best horrors of the past 15 years.

Ralph Fiennes is hilarious in Wes Anderson’s clockwork dainty that ticks along with a polite smile.

For all its cliches, it’s hard to resist Richard Curtis going full Richard Curtis in this rambling, uneven seasonal anthology. Shrewdly commercial yet annoyingly charming, the cast alone make it worth watching, from Emma Thompson’s bittersweet romance to Bill Nighy’s snorting pop star, while Rowan Atkinson’s cameo as a shop assistant walks away with the whole thing.

Iris is in love with a man who is about to marry another woman. Across the globe, Amanda realises the man she lives with has been unfaithful. Two women who have never met and live 6,000 miles apart, find themselves in the exact same place. They meet online at a home exchange website and impulsively switch homes for the holiday. Come for the cast that includes Kate Winslet, Cameron Diaz and Jude Law. Stay for the pretty interior decor.

Baz Luhrmann’s musical spectacular has lost none of delightful sparkle.

17th January
Me, Myself and Irene
Little Miss Sunshine 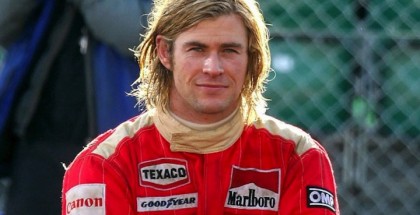