Walter Presents returns to Norskov this March | VODzilla.co | Where to watch online in UK 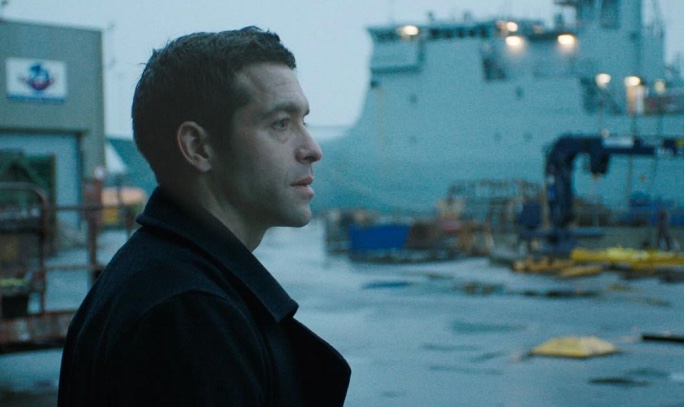 Walter Presents is heading back to Norskov this March for a second season of the Danish Western.

The show, which premiered its first season back in 2017, combines the dark intensity and expert storylining of traditional Nordic Noir with the small-town complexities of the Wild West. The series follows three childhood friends, who are reunited in adulthood by their drug-addled hometown, having followed very different paths, and are subsequently driven apart by the very cause that bought them together.

“Creator Dunja Gry Jensen’s choice of location is perfect for the story,” we wrote in our review of Season 1, praising it for an “ominous, alienating atmosphere that recalls Sky’s recent drama Tin Star, but has a tone all of its own”.

After that season focused on its central trio – Martin as mayor of Norskov, Bondy as a successful but corrupt entrepreneur, and Tom who left town and became a successful police detective – Season 2 picks things up eight months later, as the women of Norskov play a stronger part in the drama and reflect the themes of identity, masculinity and crime from new angles.

Working both as a sequel and a standalone mini-series, it follows entrepreneur Casper “Bondy” Bondesen, who is sentenced to prison for 14 years for drugs. His Serbian born wife Claudia steps up as head of his construction company, taking charge of her own life. The imprisonment leaves Norskov’s well-known network in pieces, as old collaborations are broken and alliances weakened. Claudia’s efforts to survive and find her way, bring her on collision course with the new harbour chief Martin’s plans of bringing the town towards green energy. A rivalry starts, with Claudia on one side and Martin and his wife, Jackie, on the other. When Claudia discovers that even her own husband is working against her from prison it seems her whole world is collapsing around her – can she trust anyone in Norskov?

Season 2 premieres as an entire box set on Walter Presents, with all episodes available to watch and download for free from Friday 1st March.

Walter Presents heads back to Denmark for Scandi Western Norskov

Walter Presents is heading back to Denmark this autumn for a new series, Norskov.

Described by its creator as a modern Scandinavian Western, the show combines the dark intensity and expert story lining of traditional Nordic Noir with the small-town complexities of the Wild West. The series follows three childhood friends, who are reunited in adulthood by their drug-addled hometown, having followed very different paths, and are subsequently driven apart by the very cause that bought them together.

Norskov is a town fighting for its future and its survival. The mayor’s dream of regenerating the town is close to fruition, but he struggles to relieve it of a major drug problem which has spiralled out of control and seeped into every aspect of daily life. Realising he needs outside help, the mayor asks his old friend and brother-in-law, police superintendent Tom Noack, to return home after 20 years abroad to clean up the drug culture once and for all. Upon his return, Tom realises that the spiral of corruption that has struck much closer to home than he could have possibly imagined.

The drama was shot on location at the seaport town of Frederikshavn, which creator Dunja Gry Jensen fell in love with, thanks to its “raw and unsentimental quality”. Its industrial backdrop contrasting with the highly personal trajectory of the characters and heightens their plight. With its blend of drugs, drama and crime, the show has been a huge hit in Denmark, winning Best TV Series at the Copenhagen Film Festival, as well as being nominated for six different awards at the Danish Robert Awards.

Now, Norskov is coming to the UK, with a premiere on Channel 4 at 10.30pm on 11th October. The whole six-episode box set will then be available on Walter Presents.

For more on what’s new and coming to Walter Presents, click here.