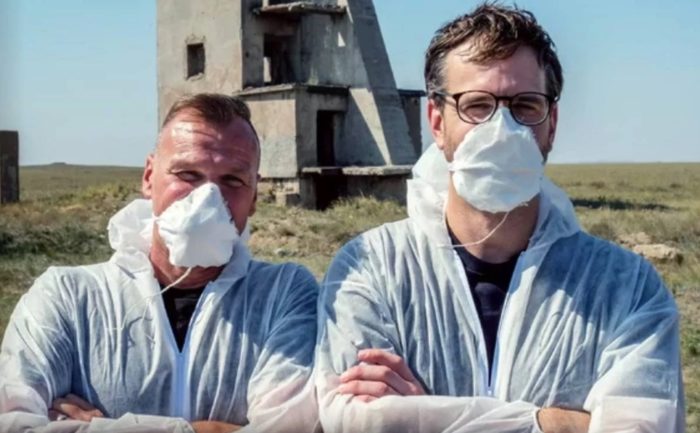 The phrase “holidays from hell” is about to take on a whole new meaning this summer, as Netflix orders a new documentary exploring the strange world of Dark Tourism.

Called Dark Tourist, the series will redefine the definition of vacation, journeying into the darkest corners of the globe, where people visit to see the nastier or more unusual side of humanity. From nuclear tourism in Japan to Pablo Escobar-inspired tourism in Columbia to frontier tourism in Turkmenistan, the documentary visits the world’s grisliest and offbeat destinations, meeting travellers drawn to them and the people telling these stories day after day.

The series is directed and stars David Farrier. The New Zealand filmmaker is no stranger to the odd side of life, after his 2016 documentary Tickled. He’s also no stranger to Netflix, after his mockumentary Short Poppies – about life in New Zealand, starring Rhys Darby – was released on Netflix UK several years ago.

A new trailer gives us a look at Farrier in action, as he tries to work out why choose to holiday in places known for death, warfare and destruction. Promising not to be for the faint-hearted, Dark Tourist launches on Netflix on Friday 20th July. Here’s a trailer – or, for more on what’s coming soon to Netflix UK in July, click here.

Dark Tourist is available on Netflix UK, as part of an £8.99 monthly subscription.

Netflix is building a StoryBots universe May 11, 2019 | Staff Reporter