To All the Boys I've Loved Before: Netflix releases trailer for teen movie | VODzilla.co | Where to watch online in UK

To All the Boys I’ve Loved Before: Netflix releases trailer for teen movie

What if all the crushes you ever had found out how you felt about them… all at once?

Han, the film is produced by Overbrook Entertainment and Awesomeness Films. Netflix is no stranger to either, with Overbrook producing Bright for Netflix last year, starring Will Smith, and young adult specialists Awesomeness partnering with the streaming service for You Get Me.

The film stars Noah Centineo (Sierra Burgess Is A Loser, The Fosters) and Lana Condor (Alita: Battle Angel, X-Men: Apocalypse) as Lara, who discovers that the love letters for every boy she’s ever loved – five in total – are mysteriously mailed out. Lara never intended to send them – so surely life, as she knows it, is over? Find out for sure on Friday 17th August, when the film drops worldwide on Netflix.

To All the Boys I’ve Loved Before is available on Netflix UK, as part of an £8.99 monthly subscription.

Netflix To All the Boys I've Loved Before
Tweet 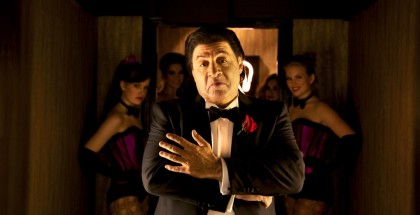